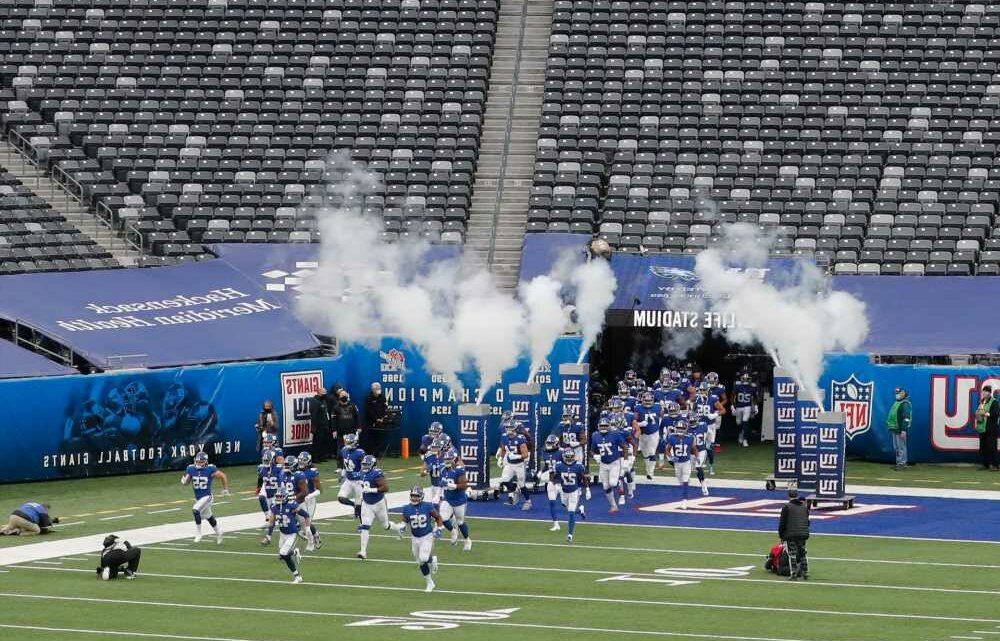 Zach Wilson primed for 'huge burden' awaiting him with Jets

The old friend’s name is MetLife Stadium, and everyone longs to see her again.

A Big Blue army chanting Dee-Fense again … a green-and-white chorus singing J-E-T-S, JETS, JETS, JETS again … this is the dream, this has been the dream for what seems like an eternity after COVID held football fans hostage through the 2020 NFL fall and winter.

The release of the NFL schedule on Wednesday night only makes the Giants fan and the Jets fan hunger even more for the return of the good old days and nights — with fingers crossed New Jersey Gov. Phil Murphy’s promising outlook for a Week 1 full stadium is not any pipe dream.

Jackson, N.J.’s Sean Logan, 48, has been a Giants season-ticket holder since 1991 at Giants Stadium. His favorite player was Phil Simms. His four seats now are in Section 302 in the end zone, Row 13, seats 5-8.

“It’s time to get back to living,” Logan said.

His Giants will open the season at MetLife on Sunday, Sept. 12 at 4:25 p.m. against the Broncos. Logan has been at every Opening Day for the last 28 years.

“One of my thoughts on it, it depends on where Aaron Rodgers is gonna land,” Logan said. “The Giants can beat the Broncos handily with the roster that they have.”

His Jets will open the season Sunday, Sept. 12 at Carolina, which could very well mean his new quarterback, Zach Wilson, versus his old quarterback, Sam Darnold. He and his wife, Linda, have already booked travel arrangements for Charlotte.

The Jets home opener is Sept. 19 (1 p.m.) against Bill Belichick and the Patriots.

“It would almost feel like I came out of a time warp … or I woke up from a coma or something. It would be very surreal and weird, but it would be a wonderful feeling. Real life comes first, but a big part of my life is the Jets, and when you get that taken away for close to two years, it’s weird, really weird.”

The welcome roar of the crowd again.

“There’s a camaraderie between Giants fans … everyone knows each other,” Logan said. “It wasn’t the same last year. It was sad. You had everything going on with people falling off, dying left and right … I had two relatives that I lost during the whole thing, and then it took away one thing that we all look forward to, and that was Giants.”

The Giants will be on the road for a Week 2 Thursday nighter against Washington and Monday nighters against Patrick Mahomes (Week 8) and Tom Brady (Week 11).

“Brady’s beatable,” Logan said. “Beating Mahomes at home in Arrowhead, I’m not gonna say it’s impossible, but I think it might be too much for this football team.”

“It was as electric as it gets, division rivals with everything on the line and the Giants took it to ’em,” Logan recalled.

Then came Jan. 8 and the Giants’ 24-2 victory over the Falcons in the NFC wild-card playoff game.

“When they’re winning and they’re defensively pounding people into the ground, the stadium shakes,” Logan said. “You can feel the entire stadium shake. It’s like being in the middle of a stampede with 80,000 screaming lunatics.”

Lieberfarb, who is undecided about attending the Jets’ Oct. 10 game in London against the Falcons, is a member of the inaugural Jets Fan Hall of Fame Class of 2017. The loudest he ever heard MetLife was the day the Patriots beat the Dolphins in overtime and then the Jets routed the Packers 42-17 to capture the 2002 AFC East crown.

“All of a sudden at some point in the first quarter, they flash on the scoreboard that the Dolphins lost, and then the place erupted,” Lieberfarb recalled.

“I don’t want to say he’s Bill Parcells,” Logan said, “but he is from that mold.”

Lieberfarb shudders to think how Jets fans would have reacted to the 0-13 start and foibles of Adam Gase and Darnold — who couldn’t eventually lose enough to land Trevor Lawrence.

“Since the quarterback was going down the tubes on top of the coach and the team, it would have been brutal,” Lieberfarb said. “I think they might have flown planes over the stadium if they were able to do it like they did with the [1978] Giants. The bags would have come out after Week 4. Especially with the hatred of Gase.”

“He’s gotta step up,” Logan said. “Does he have the ability? I think he does. Will he do it? Your guess is as good as mine.”

Lieberfarb is excited about Wilson.

“I was one of the first on the Wilson bandwagon,” he said. “I think he has the it factor and could be a star if the Jets groom him right.”

“I am cautiously optimistic because of his energy,” Lieberfarb said. “It seems like he will connect with his players.”

It’s time to get back to living.