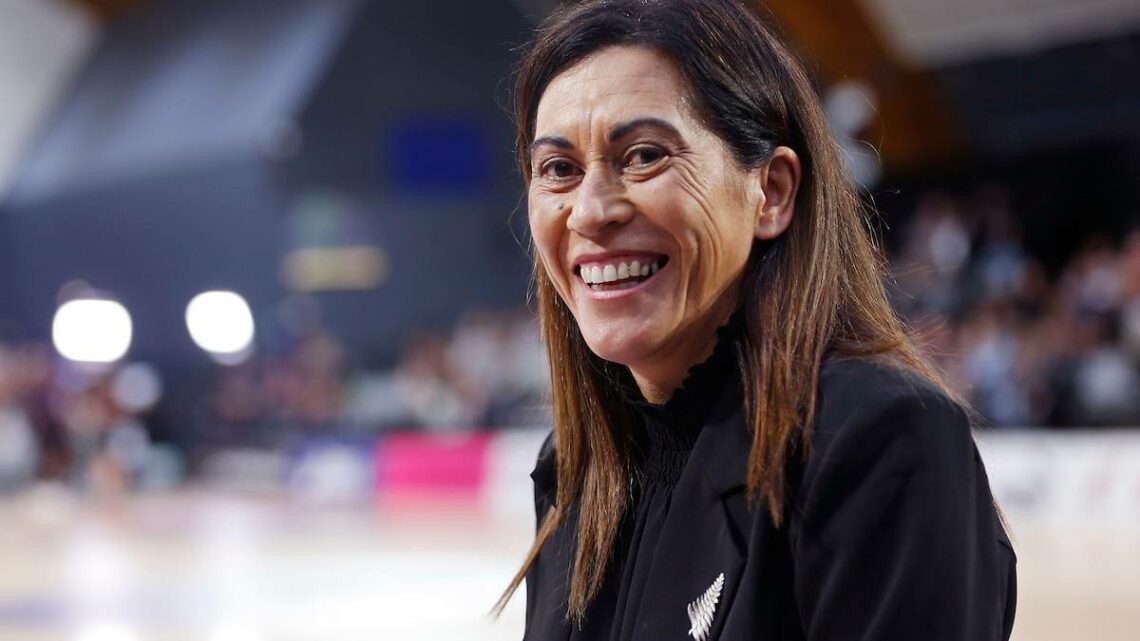 Former Australian netball coach Lisa Alexander believes one of her fiercest rivals would be as successful in rugby.

The ex-Diamonds mentor this week applied for the vacant North Melbourne Kangaroos job, in a bid to become the first female AFL coach.

However, the World Cup winner was told she didn’t have enough experience.

“But what I’m trying to say is I can bring a way of leading a programme that actually has and uses Australian Rules intellectual property that’s already in the club, and I can add to it.”

Alexander believes for that reason, and the ability to balance success with what it takes to build a necessary culture, with game knowledge and history, that there’s “no reason” why Silver Ferns coach Dame Noeline Taurua couldn’t coach a rugby team.

“I’m certain she could, and she’s probably been asked to go into the All Blacks environment to talk about the winning experiences she’s had as the Silver Ferns coach.

“It’s not a magic wand she’s waved. She’s worked hard at her craft, she’s done extra study. She’s been well-supported by Sport New Zealand and their coach programme which is known around the world. All of those elements together, you’d be crazy not to ask her to come in and add to your programme.”

An example of someone being appointed into a high performance role away from their own sport came just last month, with World Cup-winning All Blacks coach Sir Steve Hansen to work with NRL club the Canterbury-Bankstown Bulldogs.

But being a head coach is completely different.

“As a head coach you’re always trying to proritise the areas you can improve and add to,” Alexander explains, “For example, Noeline can’t always have exactly what she wants necessarily, she has to work to a budget. So she’ll prioritise the areas she thinks are most important for the Silver Ferns programme.”

Alexander’s well aware though that it wouldn’t be as simple as a straight swap, there needs to at least some sort of a foundational knowledge in place, as she has with AFL.

“If you think about the All Blacks programme, Ian Foster doesn’t have all of the skills and parts to the technical parts of all of the areas of rugby. So he will bring in expertise around a scrum or forwards coach, and as the head coach, will organise that to run a high performance programme.

“It’s a similar thing that I’m trying to propose to Australian Rules football clubs. But they are very parochial about the way they go about things. They’re very insular and many of them are starting to look at other sports and there’s probably been some who have visited the All Blacks… what they probably need to do is access more coaching and high performance expertise in their own country.”

Alexander’s also open to coaching a New Zealand team one day, perhaps not even in netball.

“I love my New Zealand rugby, particularly I love the Highlanders and their Dunedin indoor rugby stadium. So you never know, one day… I need more experience watching rugby union before I put my hand up though.”

Safaree Samuels & Daughter, 9 Mos., Twin In Fur Coats As He Shows Her Off In Rare Photo — Cute Pic
World News