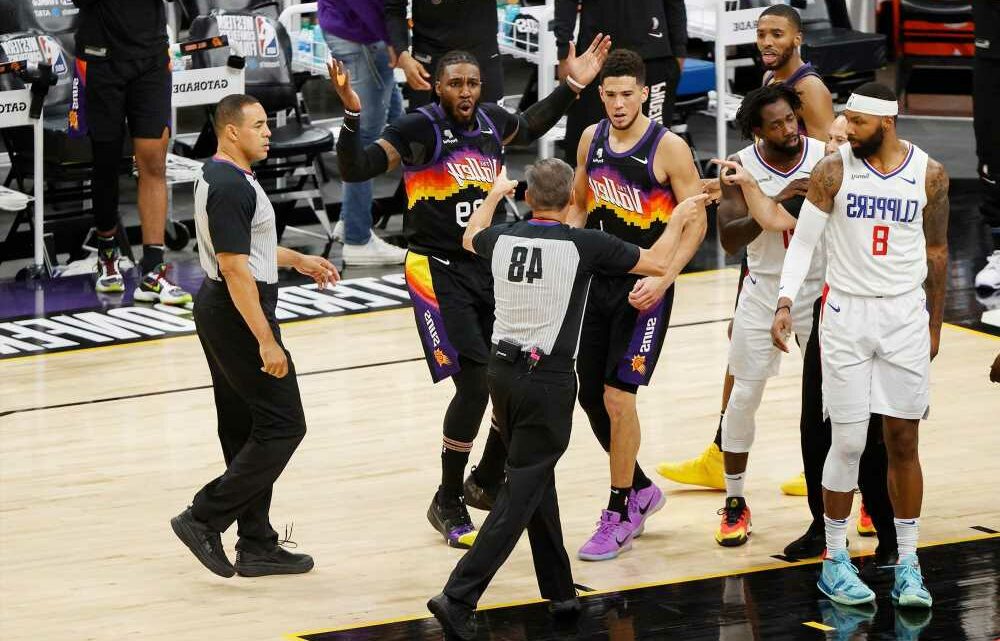 Everything you need to know about the 2021 NBA Draft Lottery

Even during a thrilling Game 2 finish between the Suns and Clippers, Scott Foster managed to make the game about himself.

The mercurial official became a highly visible part of the Western Conference Finals showdown, which the Suns won 104-103 on a last-second alley-oop.

The last minute of the game was slowed to a crawl by multiple lengthy reviews. First, as Suns star Devin Booker was dribbling the ball down the court, Clippers guard Patrick Beverley swatted the ball out of play. But a video replay changed the call, showing the ball barely touching Booker’s fingers as it went out of bounds.

By the letter of the law, the rule states that if the ball touches any part of an offensive player’s body last, it goes to the other team – even if the defensive player caused it. But it’s a mockery of common sense: Beverley clearly caused the ball to go out of bounds. Announcer Jeff Van Gundy proclaimed the call as “bad for the game.”

Perhaps it’s hard to fault Foster for making the technically-correct call, but the reviews kept coming. After Mikal Bridges missed a potential game-winning 3-pointer with under a second remaining, the Clippers’ Terrance Mann appeared to touch the ball out of bounds, giving the Suns one last chance to win the game.

Foster and his crew initiated another replay just to be sure. The Suns were out of time outs and the review gave plenty of time for Suns coach Monty Williams to consult with his team. After the lengthy replay, Jae Crowder perfectly lobbed an inbounds pass to Deandre Ayton, who slammed it home for the game winner.

An awesome play, but one the team technically shouldn’t have had time to draw up. Then, for one last bit of poetry, Foster initiated a review to determine how much time was left on the clock after Ayton’s slam. Players had already stormed onto the court, and the review took several moments as they ushered people off.

It all culminated in a thrilling final minute of a game made less so by the constant stoppages and momentum-killers.

“Adam Silver [has] gotta do something about these reviews,” the Ringer’s Kevin O’Connor tweeted. “Hire however many people it takes to make the process go quicker. Casual NBA fans just tune out. To make them hardcore fans, there can’t be these long reviews. And stop rewarding players who flop and whine. Ruins the product.

“Suns-Clippers was an unbelievable game, aside from the reviews. I loved watching it, but as a hardcore fan, I choose to deal with the downsides. Casual fans just tune out. You want them to watch and stick around? Make the product better. No one wants to watch Scott Foster.”

Foster, already one of the NBA’s biggest villains, certainly didn’t help his case Tuesday night, either.

Saffire Matos: Who Is the Brave Young Woman Who Plans to Marry Ronnie Magro?
World News