Home » Sport » Nathan’s Hot Dog Eating Contest prize money: How much will the winner make in 2021? 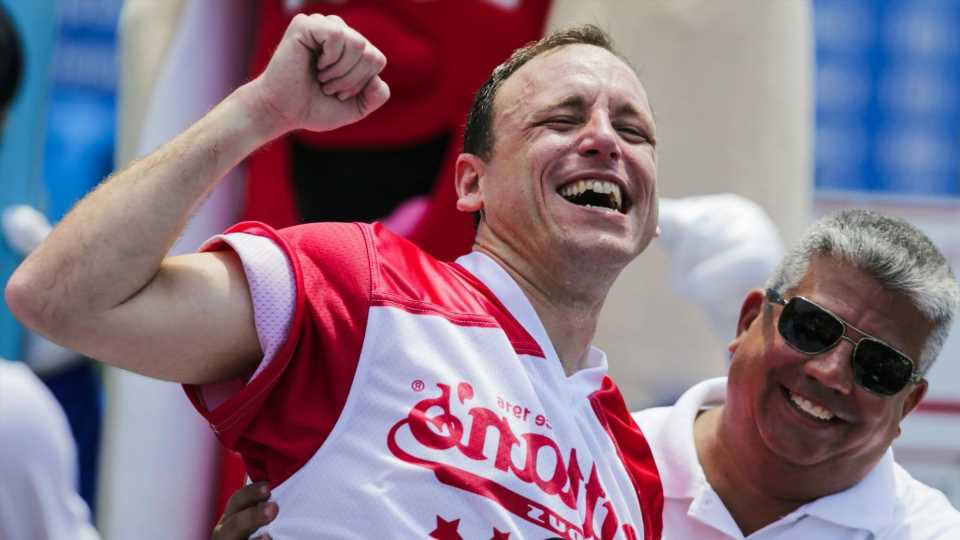 Nathan’s Hot Dog Eating Contest prize money: How much will the winner make in 2021?

Getting paid to eat hot dogs? Doesn’t sound so bad.

Well, that is until you find out how many it will take to get the win. Last year, men’s champion Joey Chestnut ate 75 hot dogs and buns to capture his fifth consecutive Nathan’s Hot Dog Eating Contest title while women’s champion Miki Sudo ate 48.5 to win her seventh in a row.

But while taking home a belt is nice, leaving with a check is even better. The winners — and each of the top five finishers — will take home money in the annual July 4 contest.

Below is all you need to know about the prize money for the 2021 Nathan’s Hot Dog Eating Contest.

Major League Eating has typically given winners in the men’s and women’s competition a top prize of $10,000 each, with incrementally smaller prizes going to the remaining eaters in the top five.

The total prize pool is $40,000. Here is how the purse has traditionally broken down:

This year, 17 men and 13 women will compete in the event. World No. 9-ranked eater Michelle Lesko — the second highest-ranked woman behind Sudo — will be the favorite to win the women’s belt. Chestnut is, of course, considered very likely to repeat as the men’s winner.

What is Joey Chestnut’s net worth?

A professional career of eating has done Chestnut well.

The 13-time winner of the Nathan’s Hot Dog Eating Contest — not to mention countless other Major League Eating competitions — has a net worth of $2 million, according to Celebrity Net Worth. According to the site, he can make between $250,000 and $500,000 per year from winning competitions and subsequent sponsorship deals.

In addition to his winnings and sponsor money, Chestnut has his own line of condiments for hot dogs, brats, sausages, wings and sandwiches.

Chestnut will be back on Coney Island in 2021 to try to win for the sixth consecutive year. Sudo is taking the year off as she is expecting the birth of her first child.

Below are the contest winners dating to 1997.