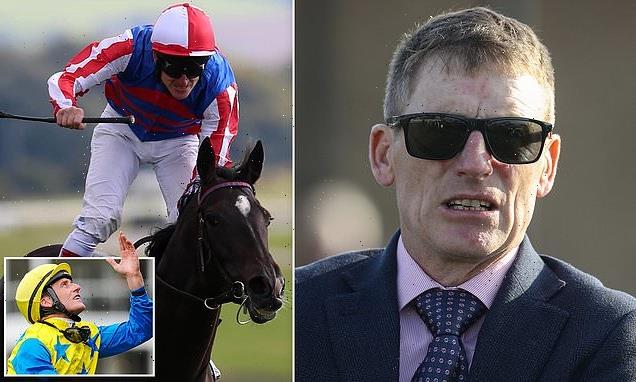 Murtagh on battle with alcoholism that almost cost him his life

EXCLUSIVE: ‘I looked over the balcony… I was ready to jump and end it all’: Three-time Derby winner Johnny Murtagh opens up on a battle with alcoholism that almost cost him his life

When Johnny Murtagh stares at the camera with those familiar sparkling eyes and says ‘I’m an alcoholic’, it is paradoxically an incredibly sobering confession to witness from one of the greatest Flat jockeys ever seen.

But it is what follows next from the man who spent three seasons riding some of the best racehorses in the world for trainer Aidan O’Brien that stops you in your tracks.

Eighteen months after Murtagh was on the top of the racing world when winning the Derby on John Oxx-trained Sinndar and 13 months after winning the Prix de l’Arc de Triomphe on the same horse, the future five-time champion jockey in Ireland was at such a low ebb because of his losing battle with drink that he stood on a top-floor balcony of a Dubai apartment block ready to throw himself off. 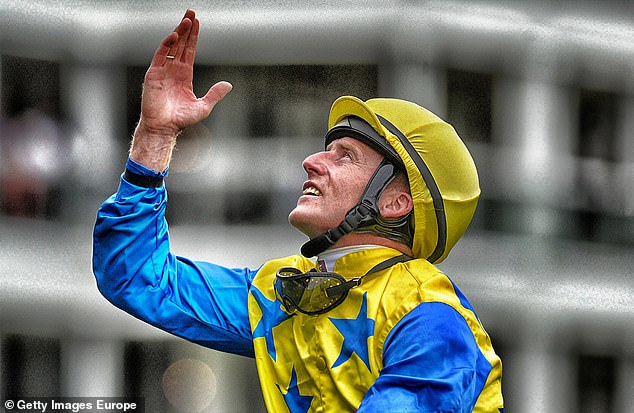 A desperate phone call to US trainer John Sadler, who Murtagh was in town to ride for, rescued him from the precipice until his family could arrive to look after him. Murtagh, 51, says: ‘I looked over… that’s how close I was. It scares me to think back now. It is still gut-wrenching when you think about how close it was.

‘The signs were probably there. Drinking a bottle of wine at night on your own with all those bad thoughts in your head.

‘I don’t know if I would have thought like that if I was normal, not just waking up from a two-day bender. I woke up and felt useless. I thought, ‘F***, they’d be better off without me’. I haven’t drunk in 20 years since.’ 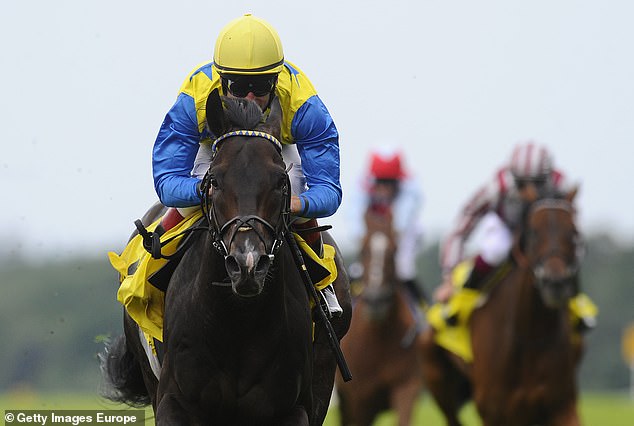 Murtagh is talking after watching an unsparing ITV documentary that tells his story, one of success and glory to the outside world but which saw a 10-year battle with the bottle at the start of his career.

What began as social drinking became uncontrollable and at one point Oxx, his first boss in racing and great mentor, sacked him. When he crossed the finishing line in front at Epsom, Murtagh thanked Oxx and the colt’s owner the Aga Khan for giving him a second chance but in reality he was still walking an alcohol-fuelled tightrope.

Murtagh was good at covering his tracks and made sure no one could see it affecting his performance in the saddle.

‘I don’t think it cost me a big one because after a night out I’d be nearly twice as determined as I didn’t want anyone saying, ‘He was out last night and that was why he didn’t win’,’ says Murtagh. 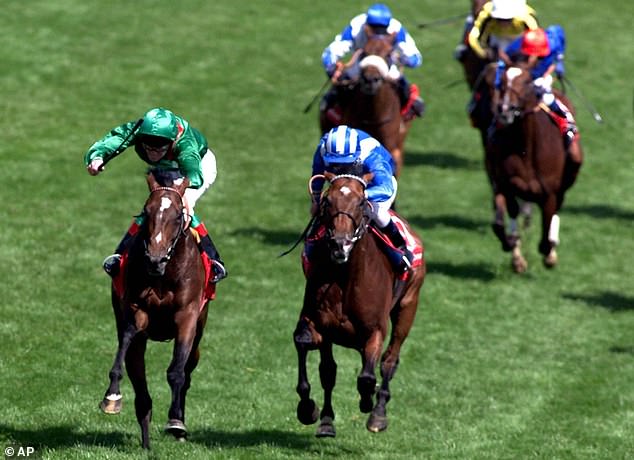 The documentary was three years in the making and was driven by Murtagh, who wanted the truth to be made public. His co-star is wife Orla, who was and continues to be his life support. For Murtagh, the path to recovery was guided by a man he knew had conquered his own drink issues and who, by chance, he saw crossing a road in Kildare in April 2002.

Murtagh says: ‘His name was Michael O’Brien — he has passed on since. I met him every day for a coffee for the next nine to 10 months. He had no attachment to racing and that is what attracted me to him. He wasn’t a punter and didn’t care who I was. All he wanted to do was help me.

‘He pointed out what he did to get to 20 years without drink. I was very selfish. It was all about me. I was wrapped up in myself. I was blaming everybody else.

‘He said, ‘Ending of blame is the beginning of growth — stop blaming and start growing up Johnny, you are 30 years old’. 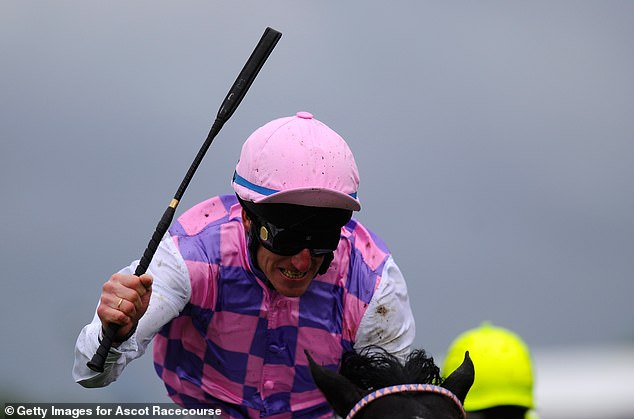 Just 18 months after winning the Derby, he reached his low ebb due to his battle with drink

‘Since then I have never had a bad day. There have been sad days — my father passed away — but there have never been bad days compared to where I was.’

Murtagh is now building the next chapter of his life. His stable near the Curragh houses 90 horses including Sonnyboyliston, who won the Ebor Handicap at York last season before giving him his first Classic in the Irish St Leger.

His aim is to build on the success of last season, when he was fifth in the Irish trainers’ championship and secured his first Royal Ascot win with Create Belief in the Sandringham Stakes. 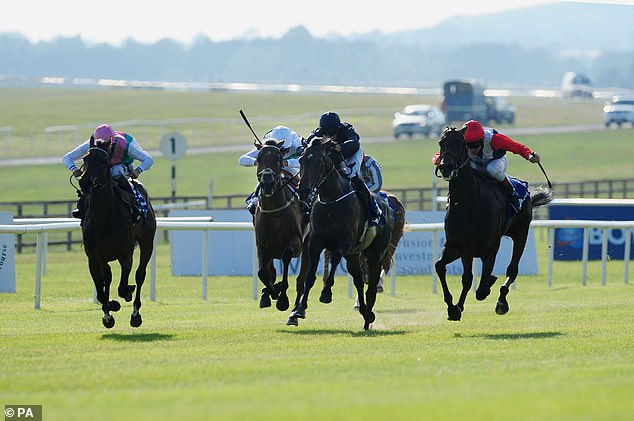 He buzzes round the stable with infectious positivity. The focus is on success with his horses but rescuing a struggling soul with his words would be equally rewarding.

‘That’s the story of my life and I hope that it can help somebody in some way if they are feeling the pinch and can open up,’ he says.

‘People say you have to reach your rock bottom. But I say to people bring your bottom up — you don’t have to wait until you are that low. If you think you are heading down there, speak to someone.’

Johnny Murtagh: Creating Belief is sponsored by Coral and broadcast on Thursday May 5 at 9pm on ITV4 and Tuesday May 10 at 11pm on ITV.

For confidential support call the Samaritans on 116123 or visit a local Samaritans branch. See www.samaritans.org for details.

Charlotte Dawson claps back at trolls after miscarriage

How Many Episodes of 'A Million Little Things' Season 4 Are Left?
World News