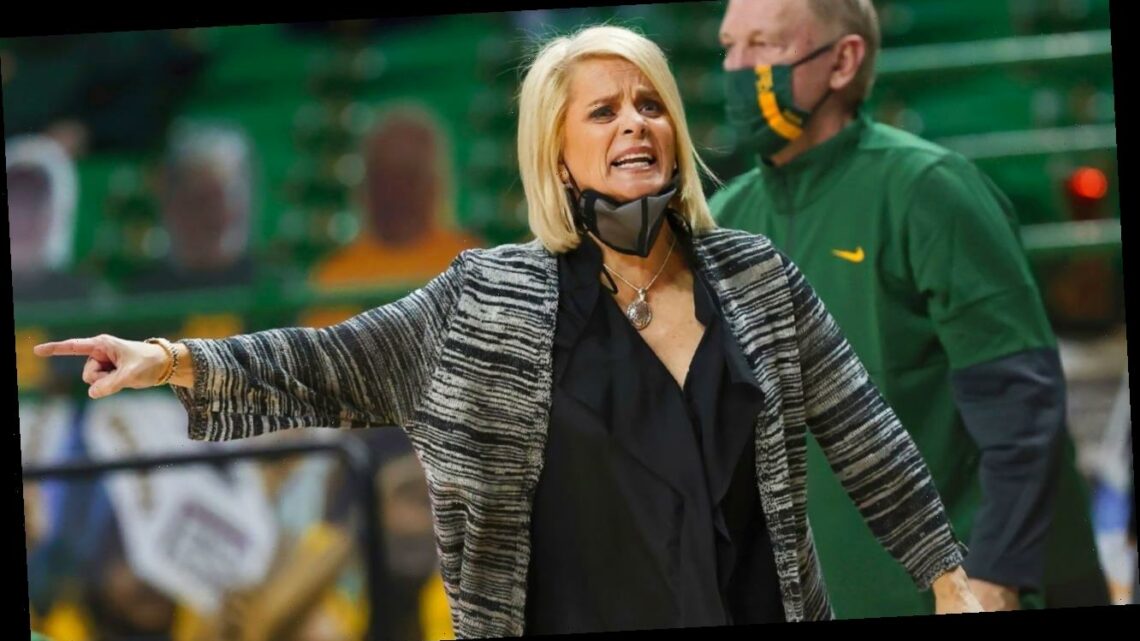 Baylor coach Kim Mulkey, who returned to the sideline Saturday for the first time since Dec. 19, said she is feeling OK physically after having experienced COVID-19. But when asked if she is concerned about this basketball season being completed amid a pandemic, she didn’t mince words.

“The answer is this: The season will continue on. It’s called the almighty dollar,” Mulkey said after the Lady Bears lost 75-71 to Iowa State in Waco, Texas, ending the longest current homecourt winning streak in Division I women’s basketball at 61 games. “The NCAA has to have the almighty dollar from the men’s tournament. The almighty dollar is more important than the health and welfare of me, the players or anybody else.”

Mulkey contracted COVID-19 on Christmas day after contact with a family member who tested positive. She missed No. 6 Baylor’s last game, Jan. 2 at TCU, then rejoined the team for practice Jan. 4 after multiple negative tests.

But after a positive test from that day’s testing, the entire Baylor program went on pause Jan. 5, canceling the Lady Bears’ non-conference showdown with UConn on Jan. 7 and postponing Big 12 games against Kansas State (Jan. 10) and Kansas (Jan. 13). Baylor, 8-2, was without guard DiJonai Carrington and forward Caitlin Bickle on Saturday, as those players are still in quarantine.

The rest of the Baylor players came off the pause on Friday and had their first workout in two weeks with Mulkey on game day. She gave the Cyclones full credit for ending the Lady Bears’ streak, saying Baylor could probably beat some opponents with that little preparation, but not Iowa State.

“That team has 3-pointers that expose us, that team has great coaching,” she said. “It was the perfect timing for what you saw happen to happen.”

Saturday was just the second time the Cyclones have won in Waco; the first was in 1997, in the inaugural season of the Big 12. Mulkey praised Cyclones star Ashley Joens (27 points, 12 rebounds) and coach Bill Fennelly, who also beat Baylor 57-56 last March in Ames, Iowa. In that game, Joens hit the winning free throw and ended the Lady Bears’ 58-game Big 12 regular-season winning streak.

Baylor’s loss Saturday meant the two longest active homecourt winning streaks in women’s basketball ended the same week. Iowa’s women, who were second behind Baylor at 42 wins in a row, lost in overtime to Ohio State on Wednesday.

It was a huge victory for Iowa State (9-4) against the team that has won or shared the last 10 Big 12 regular-season titles and has three NCAA championships. Joens, a junior guard/forward, is the Big 12’s leading scorer at 24.6 PPG. That 1997 Cyclone victory in Waco came before she was born.

“It feels really good when you can get a win like this,” Joens said. “Everyone did their jobs, everyone executed. Knowing that we can compete at the highest level with these types of teams, it kind of gives us that confidence going into the rest of the season.”