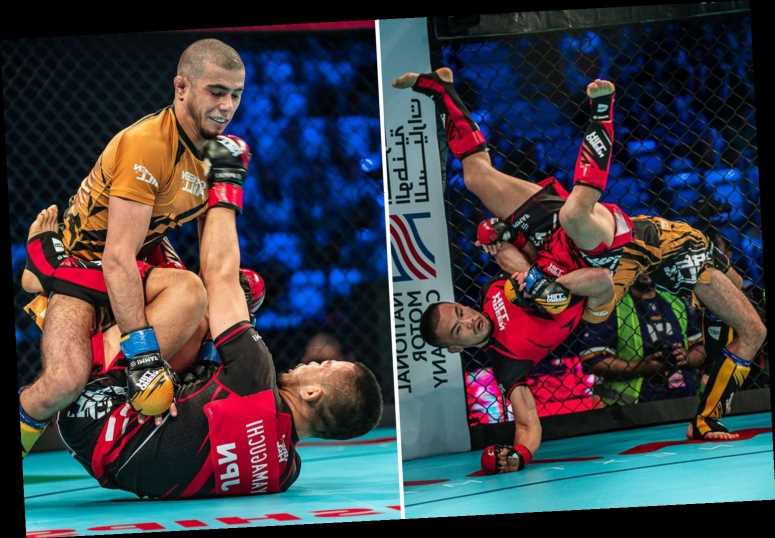 MUHAMMAD MOKAEV became a double world champion and immediately targeted a third crown – telling MMA’s big boys come back with a much larger offer of a pro contract.

The undefeated 19-year-old, who moved from Dagestan to Manchester with his family aged 12, took on his arch-rival Reo Yamaguchi in a trilogy fight this morning at the IMMAF-WMMA World Championships. 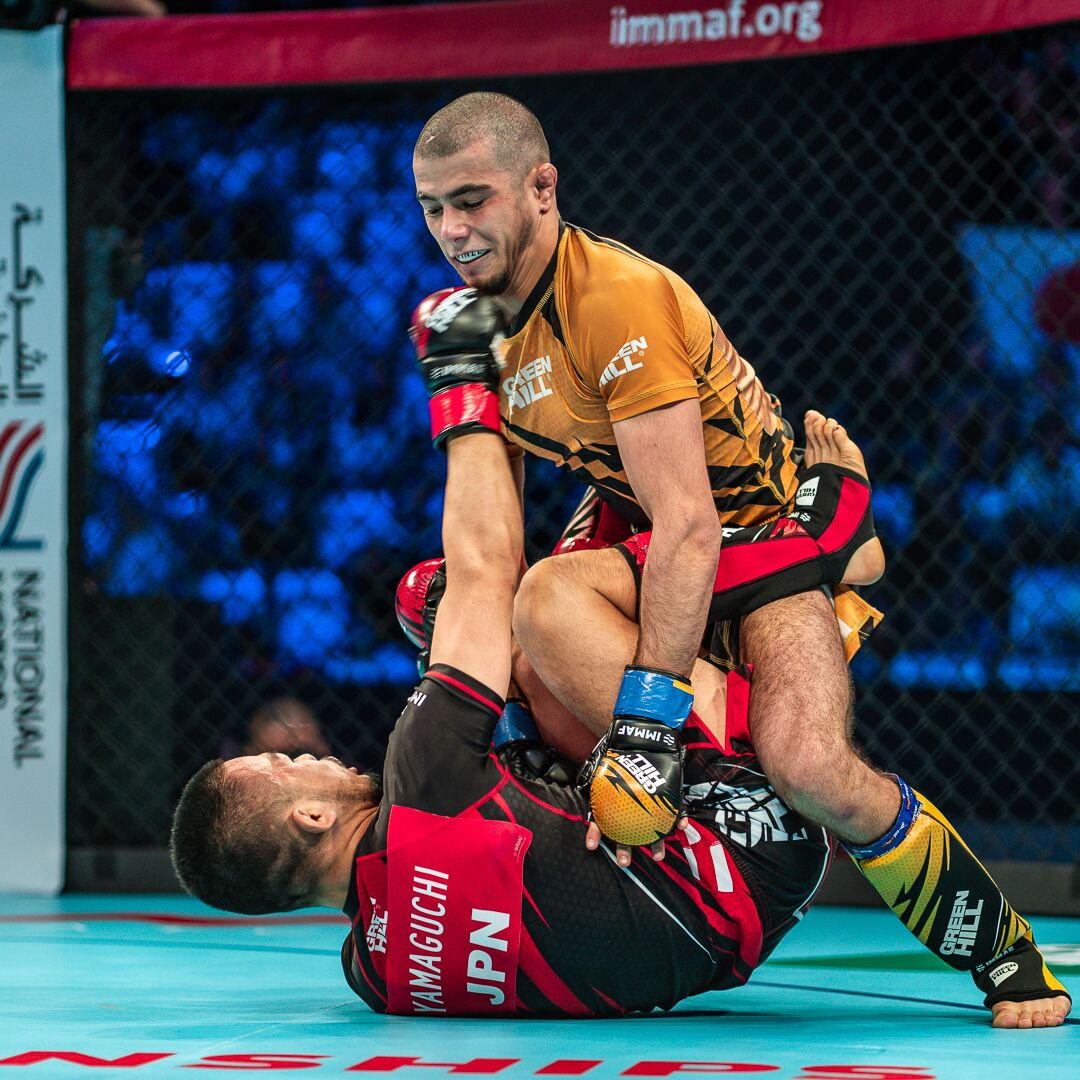 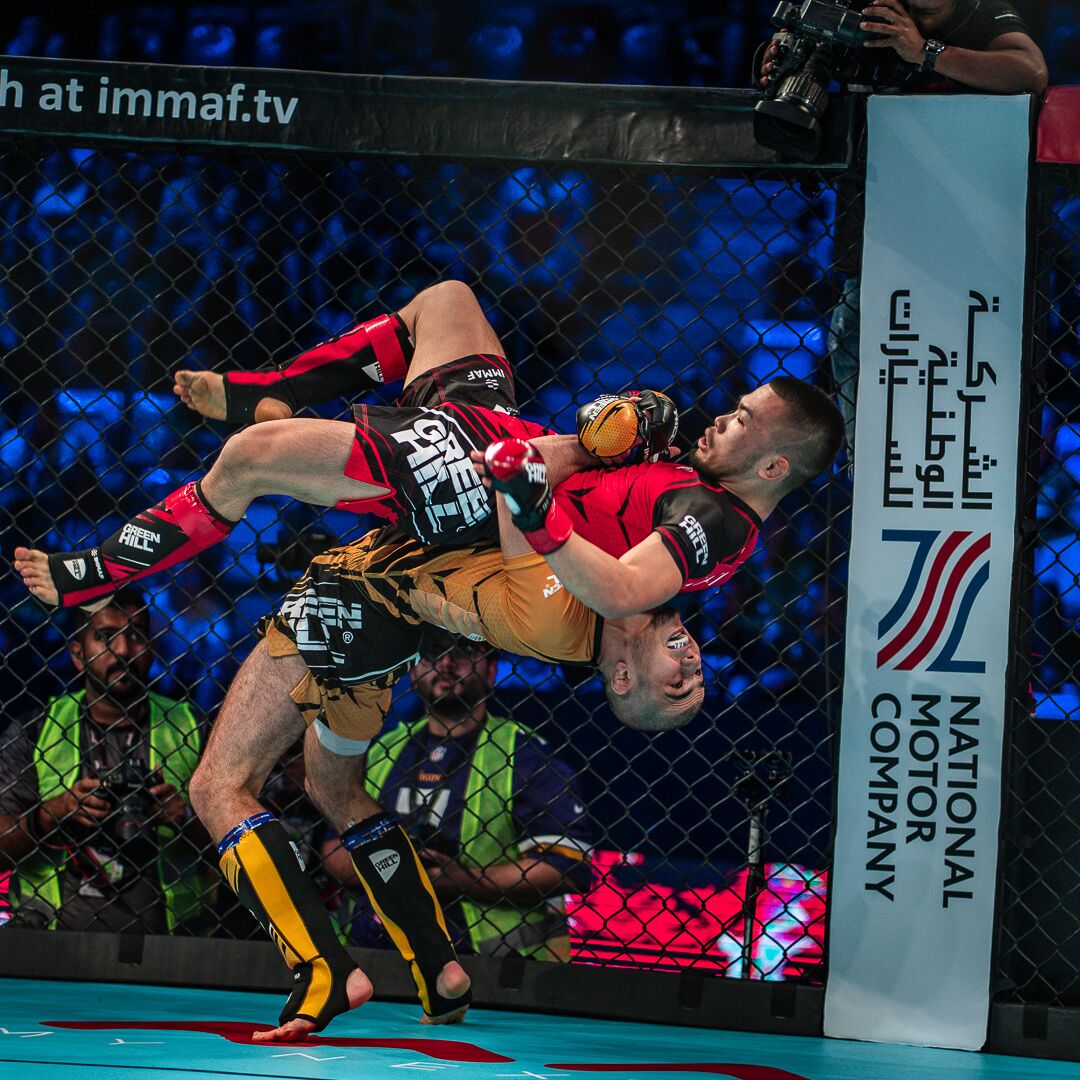 And he stretched his amateur record to an incredible 21-0 to claim the junior gold medal as the judges all voted 30-27 in his favour.

His second-successive world title is sandwiched inbetween his European success in June.

He told SunSport: “People are now getting bored and want to see me be professional but I want to be a three-time world champion. I’ve already won two, but I want three or four and keep improving,

“These are the biggest tests for me but these championships have shown I can survive. People have knocked me down, put me in an arm-bar, but to finish me you have to break my arm, choke me to sleep or knock me out fully.

“I’m not here, travelling six or seven hours on a plane, to tap. Break my arm – I’m still not going to tap.

“I will be stay pound-for-pound No.1 and keep making my profile bigger. Bellator, One, Cage Warriors, all of these organisations want me. Every time I win they text me with a deal. Send me a better deal.”

The star, who is part of Team KHK that founded under the patronage Bahrain’s Highness Khalid bin Hamad Al Khalifa, continued: “Every time I am getting tougher and tougher. Last year at the World Championships I choked out Russia’s No1 in first round, in the Euros again I beat the Russian champ.

“This time I smashed the Kazakhstan fighter who beat one of Khabib’s team-mates, so every time it’s interesting and new challenges. But I never watch my opponents’ fights – they have to worry about me.”

Mokaev’s triumph over Yamaguchi further cemented his status as the best P4P amateur fighter on the planet.

But he is adamant his unblemished record does not add any extra pressure – and he even revels in the fact fans are booing him because they’ve become “bored” with his winning.

The teenager said: “If I put pressure on myself about my unbeaten record then I think I would have lost by now. But I never care about my record, just about putting on a show for the people and the results come.

“I start in my head knowing I have to make weight and win. If I don’t follow these goals then how can I call myself future UFC? I’m talking about being a future UFC champion, being the best, and everywhere I compete I have to be No1.

He added: “Yes it is better because there are more fans. Some boo, but I showed them I can put on a performance and smile at them at the same time. But they probably love me even more now, 100 per cent they are my fans.

“If they boo me then they know and follow me, I like it. Without haters I would get bored if everybody liked me then maybe that would mean I had to change something.”

*You can watch all of Senior IMMAF-WMMA Worlds Finals this Saturday live on SunSport.

Is Doria Ragland going to fly to England to celebrate Thanksgiving?
World News