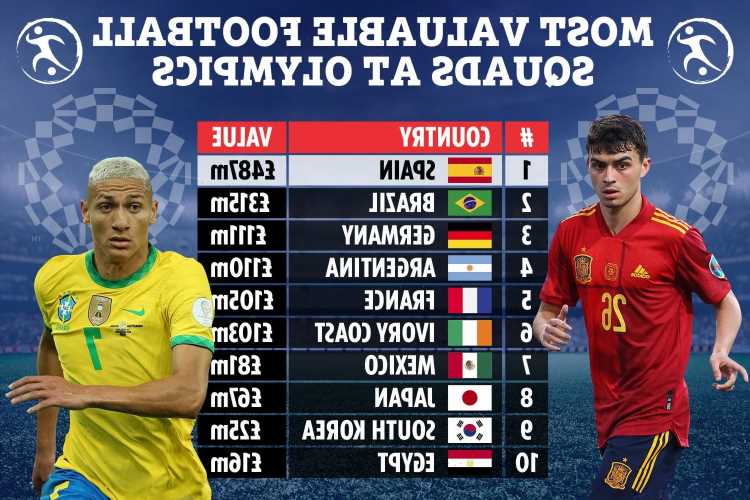 SPAIN have the most valuable football squad at the Tokyo 2020 Olympics.

And their team is worth more than FOUR TIMES as much as Germany's. 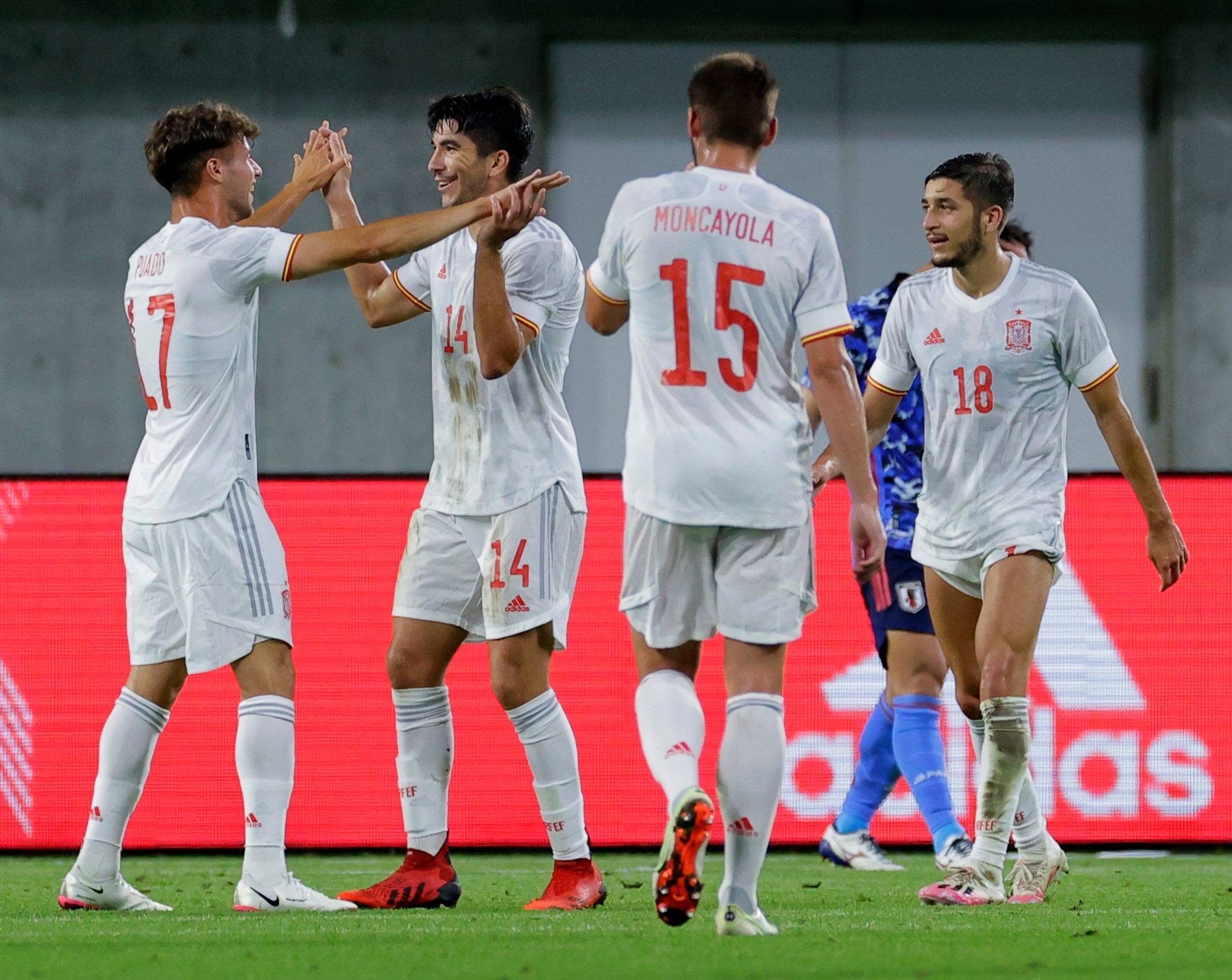 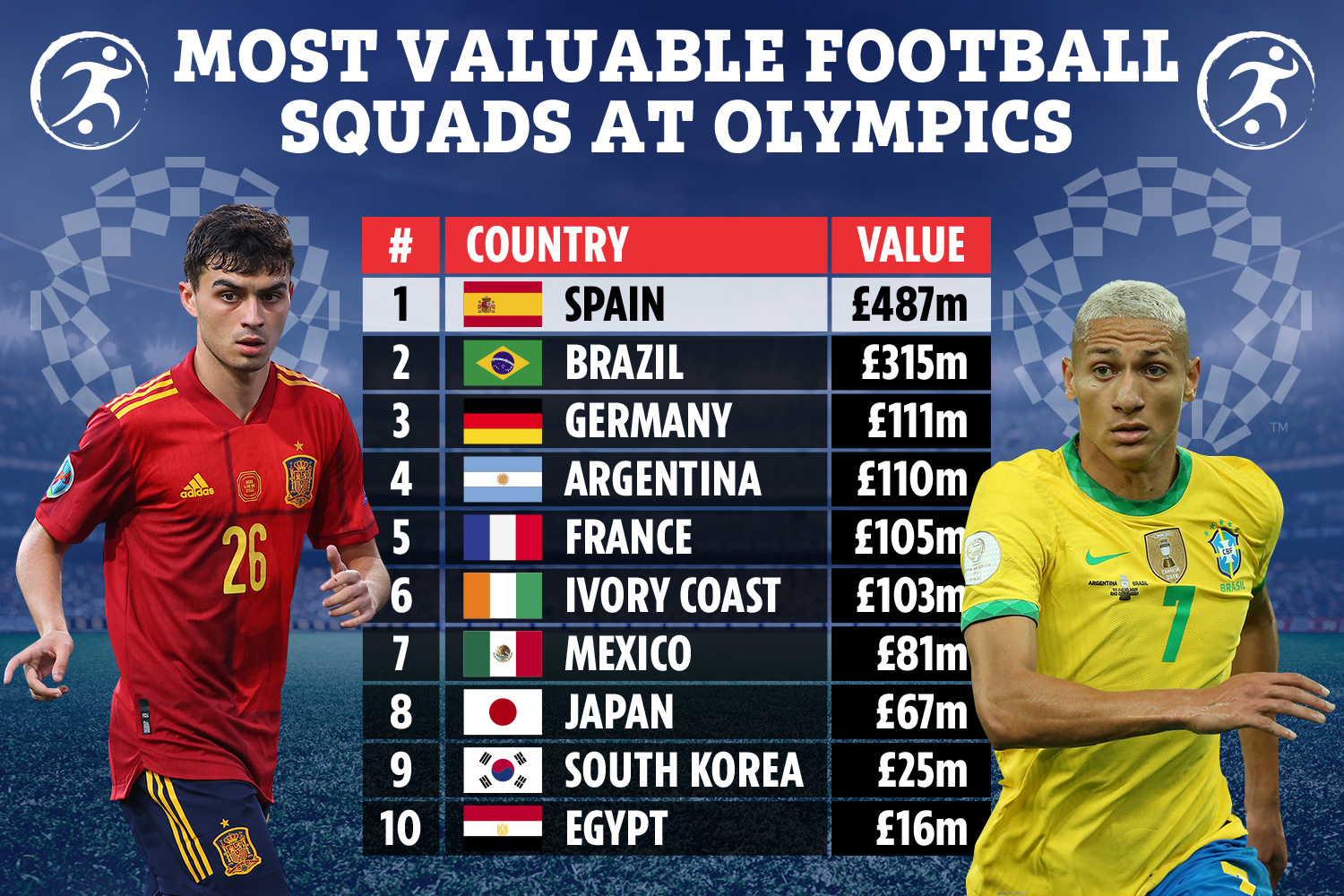 According to transfermarkt.co.uk, the Spanish side's total worth stands at £487million.

That places them way out in front at the top of the pile.

It is unsurprising, considering nine of the 15 players with the highest market value across the tournament are representing La Roja.

That includes the top two, teenage Euros midfield sensation Pedri at £72m and winger Mikel Oyarzabal of Real Sociedad, who is worth £63m.

Dani Olmo, Pau Torres (both £45m), Carlos Soler and Mikel Merino (both £36m) are also all inside the top ten.

Brazil come in second at £315m with £49.5m-rated Richarlison their main asset, fresh off the back of his Copa America exploits.

Respectively, Maximilian Arnold at £17m and Thiago Almada at £18m are their most valuable stars.

Spain are in Group C with Egypt, Australia and Argentina while Germany and Brazil – the two finalists in 2016 – face off in Group D. 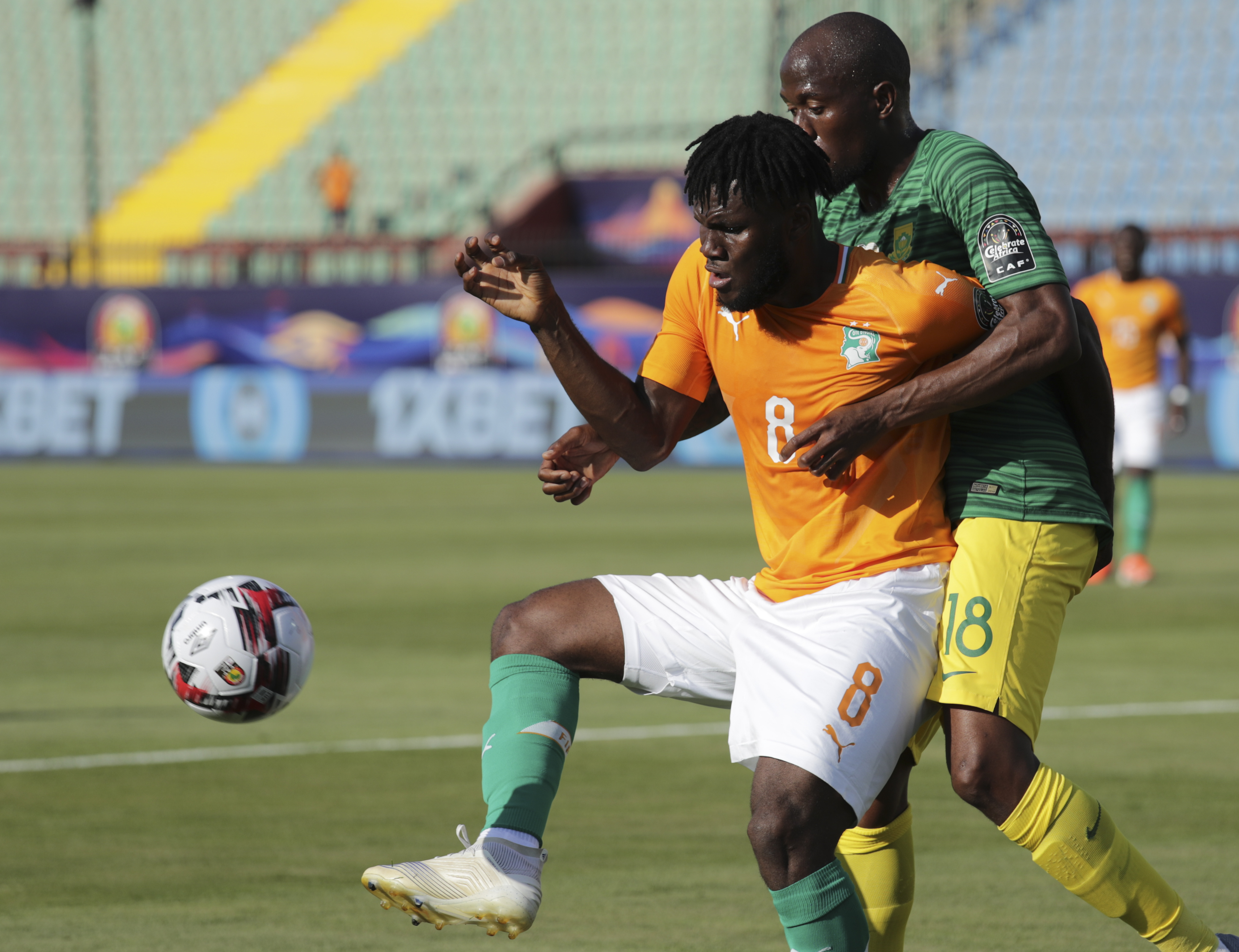