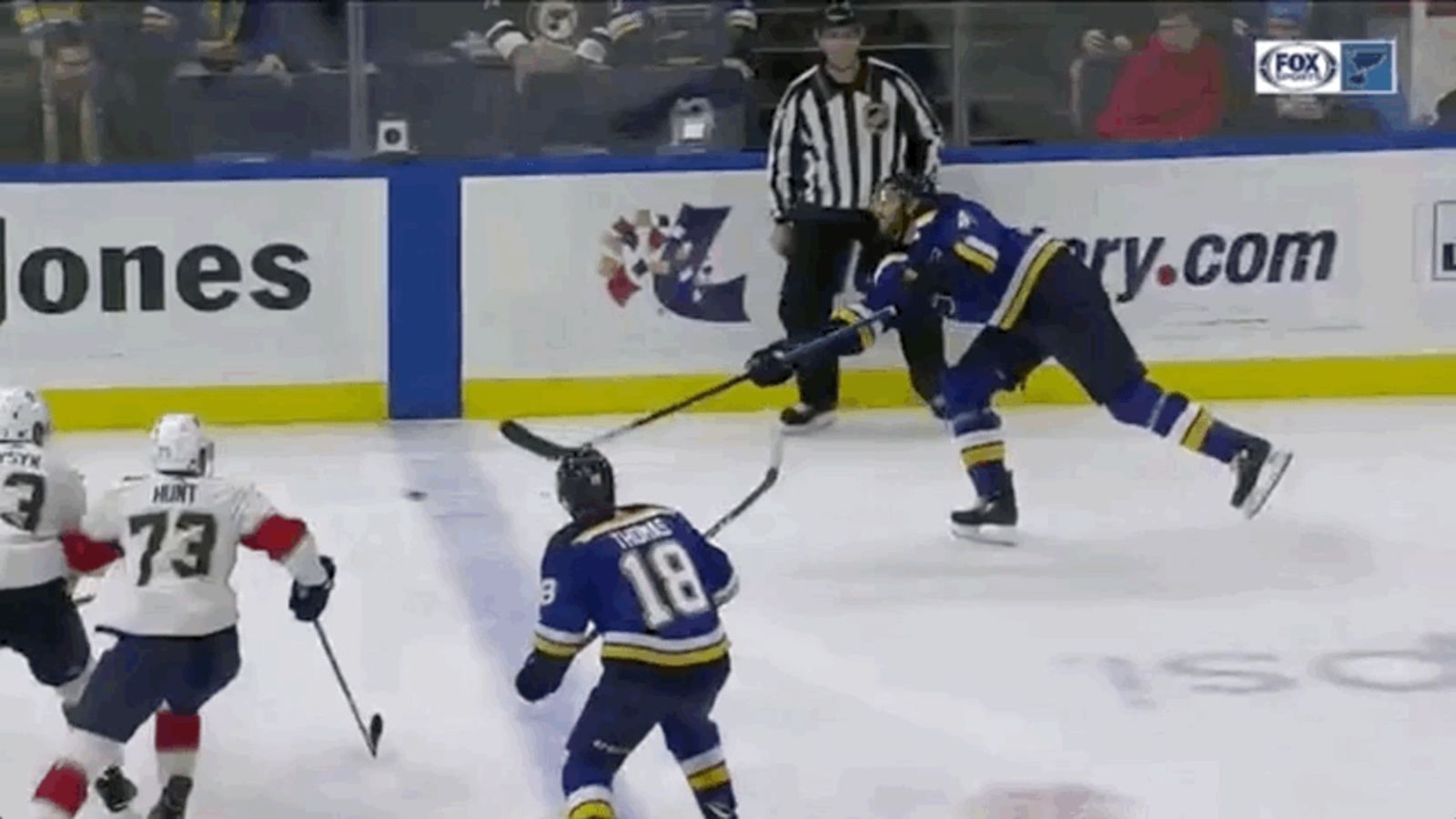 Just an excellent hockey highlight from Tuesday’s 4-3 Blues win over the Panthers, as St. Louis defenseman Robert Bortuzzo—fresh off of beating the hell out of a teammate in practice—tried to dump in a puck and ended up banking it off of referee Tim Peel’s biscuits, past goalie Roberto Luongo, and into the net. There was brief elation on the ice as the horn went off, but everyone knew they’d have to wait for an official ruling.

“I went for a dump-in and I double-clutched it, so I changed my angle,” Bortuzzo said. “I caught ‘Peelsy’ and I felt bad to be honest, shocked when it went in [the net]. I didn’t know the rule obviously, so I put my hands in the air. I don’t think a lot of people knew the rule.”

It was called no-goal, thanks to a pretty obscure rule that I definitely did not fully understand before last night. Here’s 78.5(iii) of the NHL rulebook, which deals with disallowed goals, and I want you to pay very close attention to the wording, because this was not nearly as cut-and-dried as it might seem.

Apparent goals shall be disallowed by the Referee and the appropriate announcement made by the Public Address Announcer for the following reasons:

(iii) When the puck has deflected directly into the net off an official.

See the issue here? The puck did not deflect “directly” into the net. It hit Luongo’s skate first. So what’s the deal? By the letter of the law, this should have counted.

But there was no controversy, because this is one of the many instances where the rule as written cedes primacy to a subsequent interpretation of the rule. And, just by chance, the league very recently cleared the air on that interpretation.

Let’s back up. On October 30, a Hurricanes player trying to clear his own end accidentally fired the puck off of referee Francois St. Laurent. The puck then struck another Hurricanes player in front before caroming into the net.

St. Laurent blew the play dead and ruled it no-goal. That was incorrect, a bad call on his part. It should have been a goal because the puck hit a skater before going in, i.e., not “directly.” So what’s the difference between that and last night? Why should that have counted but not the Blues’?

As reported by The Athletic’s Jeremy Rutherford, at a November meeting of GMs, the NHL showed film of the incorrect ruling and reminded each team of how rule 78.5(iii) is interpreted: A goal off a referee should be disallowed if it hits only a goalie, but not a skater. “Directly,” here, disregards the goalie, because it’d be entirely illogical and unfair to penalize a netminder for trying to make a stop on a puck, no matter whose dick and balls it’s just ricocheted off.

And all was right with the world. Except for perhaps with Tim Peel’s Timbits.