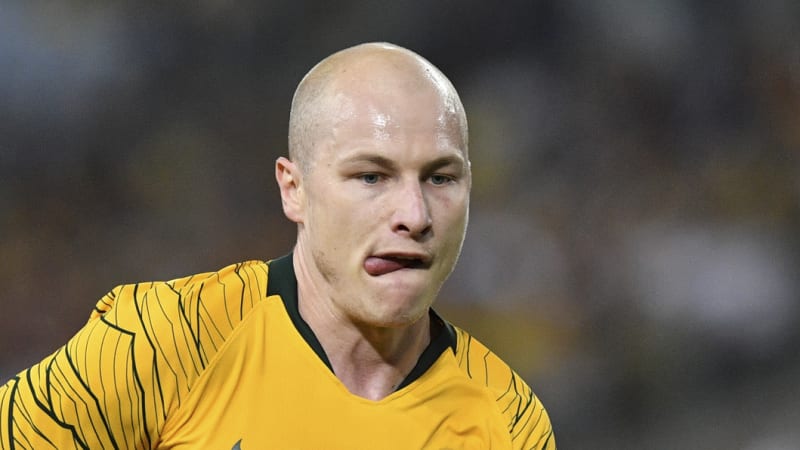 Aaron Mooy looks set to be named in the Socceroos' squad for next month's Asian Cup despite the high likelihood he won't be able to participate due to a knee injury.

Australia's 23-man squad for the tournament is due to be revealed this week but as per the Asian Football Confederation's rules, coach Graham Arnold will have until six hours before their opening match against Jordan on January 6 to change any players. 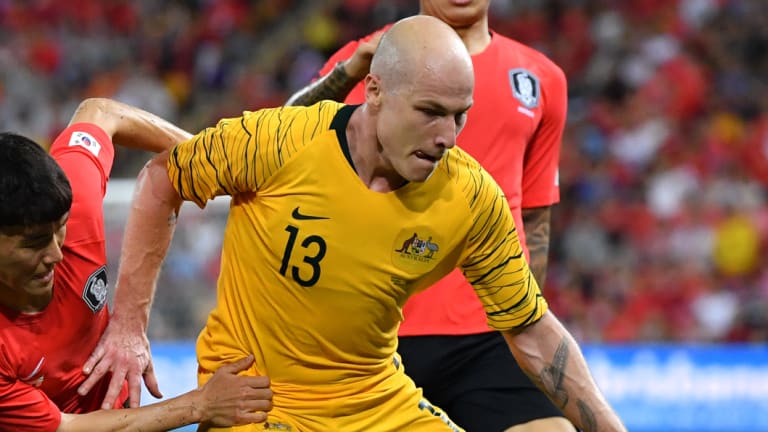 Injury cloud: Socceroos star Aaron Mooy is at long odds to play in the Asian Cup but looks set to be named in coach Graham Arnold’s 23-man squad anyway.Credit:AAP

That gives him more than enough scope to include Mooy, who was diagnosed with a medial ligament tear after Huddersfield Town's 1-0 defeat to Arsenal a fortnight ago.

Huddersfield declared that the injury would sideline Mooy for eight weeks and keep him out of the Asian Cup. The Socceroos, however, are leaving no stone unturned and are sending the team's chief physiotherapist Phil Coles to England to conduct his own assessment this Friday.

More will be known by Saturday morning (AEDT) but if there's even a chance Mooy could be available for the knockout stages of the tournament, he is likely to join his Socceroos teammates in the United Arab Emirates.

Huddersfield Town manager David Wagner said he understood FFA's desire for a second opinion and insisted there were "no secrets" being hidden by the Premier League club about Mooy's fitness status.

Arnold had to submit a 50-man preliminary squad to the AFC by December 5. His final 23-man squad must be drawn from that list, as do any other last-minute additions or train-on players.

The squad was originally going to be announced on Wednesday but that has been delayed by 24 hours to give the coaching staff more time to make their decisions.

Arnold declared last month there were still six spots up for grabs, but that was before Mooy's injury, which appears to have thrown a major spanner into his plans.

The good news is that if Mooy is unable to play, a number of other midfield options are putting their hands up.

Fresh from his long-awaited international debut last month, James Jeggo boosted his chances of selection with a star turn for Austria Wien at the weekend.

Jeggo turned in a man-of-the-match display in their derby against Rapid Wien, scoring a goal and laying on an assist in an emphatic 6-1 victory. It was the last round of fixtures before the Austrian Bundesliga's winter break, with the league now in recess until late February, and more proof that he is capable of doing a job if called upon by Arnold.

Other European-based midfielders like Massimo Luongo, Jackson Irvine and Mustafa Amini are playing regular football – as is Tom Rogic, who appears to be ready for the Asian Cup despite reported concerns over his knee. The Celtic playmaker is, however, likely to require surgery at the end of the season.

Closer to home, Melbourne Victory's Terry Antonis continues to put forward a compelling case. Victory are second on the ladder after wins in their last six straight A-League matches and Antonis has been central to their recent surge of form.

Perth Glory attacker Chris Ikonimidis is also looking increasingly difficult to ignore. The former Lazio winger has scored three goals in eight appearances for the unbeaten A-League leaders and would fit Arnold's attacking gameplan perfectly. The 23-year-old hasn't been included in any of Arnold's squads or camps but his form has been so good it may not matter.

The Socceroos will have only one friendly match, against Oman in Dubai on December 30, before they open their Asian Cup campaign in Group B alongside Jordan, Palestine and Syria.