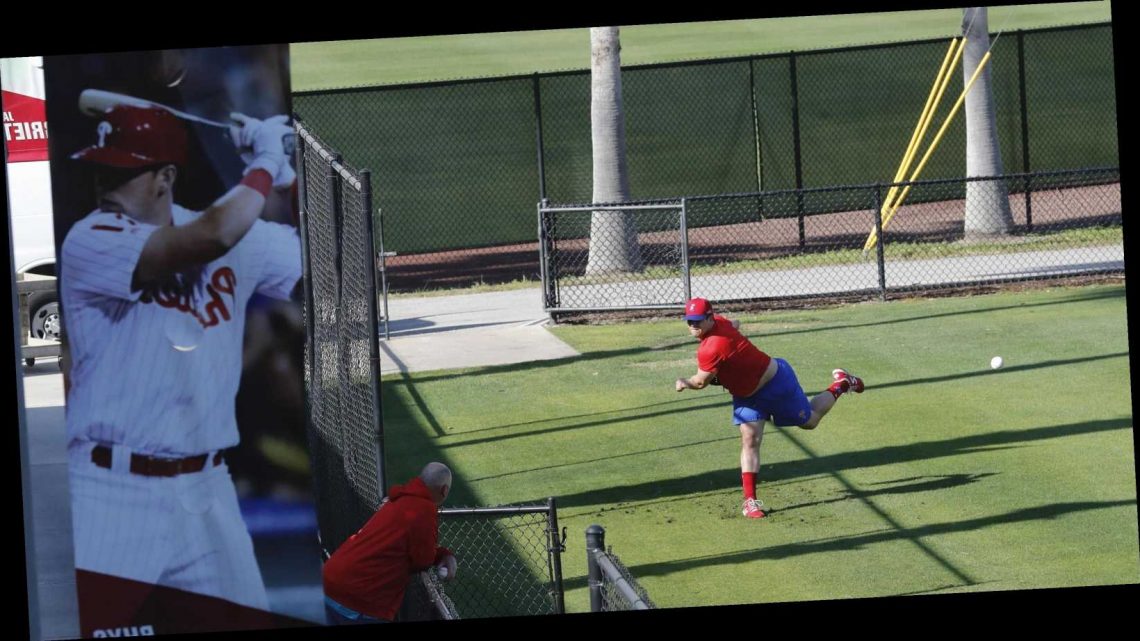 Moore: It’s only a matter of time before more pros test positive

What would happen in the middle of the Major League Baseball season if five players for one team test positive for COVID-19? Or during the National Basketball League or National Hockey League seasons, for that matter?

Would the games go on with other players replacing the affected guys?

While hypothetical situations are generally frowned upon, it’s not a matter of if it happens – it’s when.

The sense here is it would depend how many players and how many teams test positive.

Friday’s news that five Phillies players and three staff members working out at the team’s Clearwater spring training facility tested positive brought a dose of reality to the situation. The first player tested positive Tuesday, according to a release sent out by the team.

And it could get worse, as 20 additional players — from both the major and minor leagues — and 12 more staff members living in the Clearwater area awaiting the results of their tests.

They are the first MLB team to acknowledge players testing positive.

The Phillies closed their Clearwater complex indefinitely, too.

That the “club declines comment (regarding) the implications of this outbreak on the Phillies’ 2020 season, believing that is too early to know” in the release spoke volumes.

If the Phillies thought this would only be a temporary setback, you’d think the organization would have said it doesn’t believe this would derail a potential 60- to 70-game season the owners and players are squabbling over like 14-year-old kids.

While leagues talked about continuing with games if players test positive during a season, will they do if it occurs in MLB during late July, in the NBA and NHL in August, or mid-September in the NFL?

We will probably find out.

Perhaps this will be a wakeup call for the other MLB teams, though it would be helpful if testing determines how the Phillies players and team staff contracted the virus.

Asking mostly 20-something young men to live in a “bubble” for months at a time, as the NBA is doing for the 22 teams’ scheduled July 7 arrival in Orlando — followed by eight regular-season games and the playoffs — probably isn’t realistic.

Players enjoy visiting with friends and former teammates on other teams, which is understandable. They’ll go stir crazy if they’re expected to spend all of their in the team hotel except when playing in a game or going to/from the hotel and game.

Immunologist Dr. Anthony Fauci recommends NFL players staying in a bubble to prevent a second wave of Covid-19 this fall. While that would be safest for all concerned, does anybody really think it’s going to happen?

I didn’t think so.

Even if the players stay in the NBA bubble, Disney employees at the Wide World of Sports Complex where games will take place apparently will come and go. NBA players could do everything right and potentially still test positive, which JJ Redick and others have already noted. That’s troubling.

The NBA’s plan is to isolate a player testing positive for at least 14 days while the games continue. A few positive tests probably won’t bring a second suspension of the league’s season — the first one occurred March 11 after Jazz center Rudy Gobert tested positive — but what happens if dozens test positive? It’s unclear what the threshold for halting play would be.

Let’s hope we don’t find out, though we might.

Bruised boy, 4, dies weighing 25 pounds after ‘dad and girlfriend starved him and withheld water’ in trailer – The Sun

We all need true heroes and villains… but which one is Boris Johnson?
World News