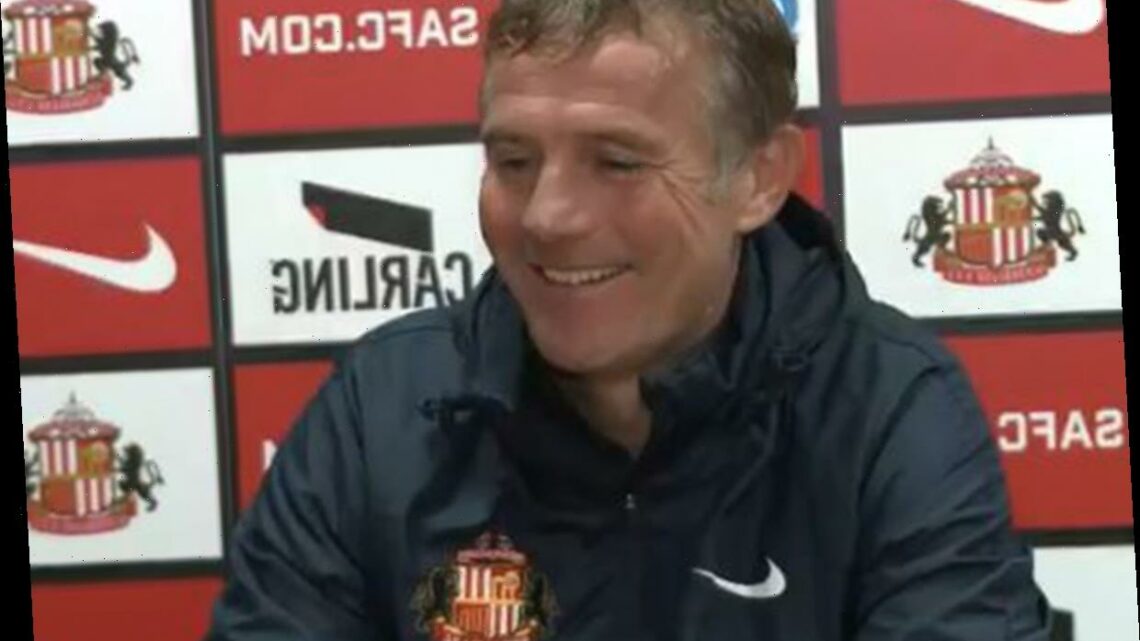 PHIL PARKINSON was left stunned this morning as his Sunderland press conference was ‘cheekily’ interrupted.

Instead of facing journalists in person like the past, Zoom media calls have now become the new norm. 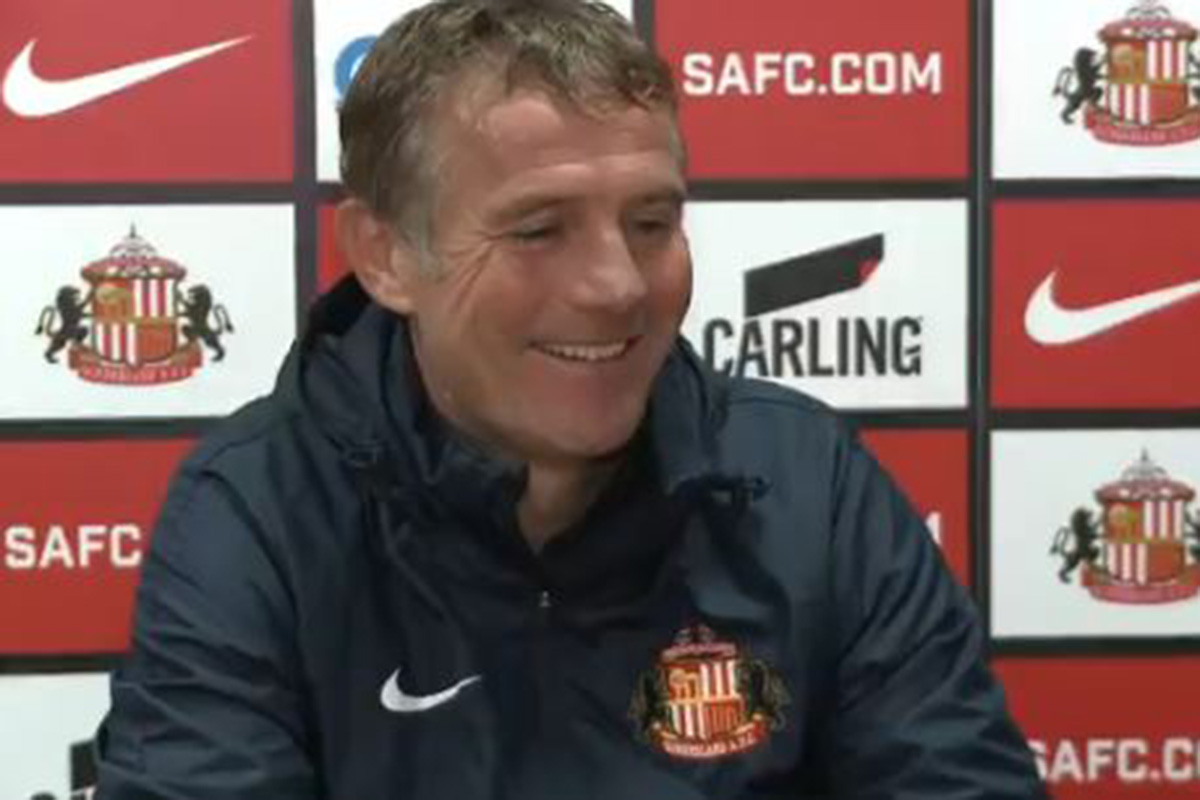 However, as some still struggle to get to grips with the technology, hazards can happen.

And that is exactly what happened earlier in hilarious fashion.

All you could hear was a female voice saying: “It looks beautiful, you’re very cheeky.”

As another journalist chimed in to ask what they were watching, the red-faced ex-Bradford and Bolton managed remained sat with a confused look until the voice asked who he was.

After replying with his name, some more muffled voices came through the mic until the conversation was cut off as everyone else began laughing.

It seems a journalist who had questioned the North East side’s gaffer earlier on had forgotten to mute their microphone afterwards.

And whatever they were watching or talking was transmitted to all the rest included in the conference.

Parkinson will be hoping he still has that smile on his face come Saturday night.

They travel to the Valley looking to stretch their unbeaten start to League One.

Sunderland were held to a draw by Bristol Rovers on the opening day but have since beaten both Oxford and Peterborough.