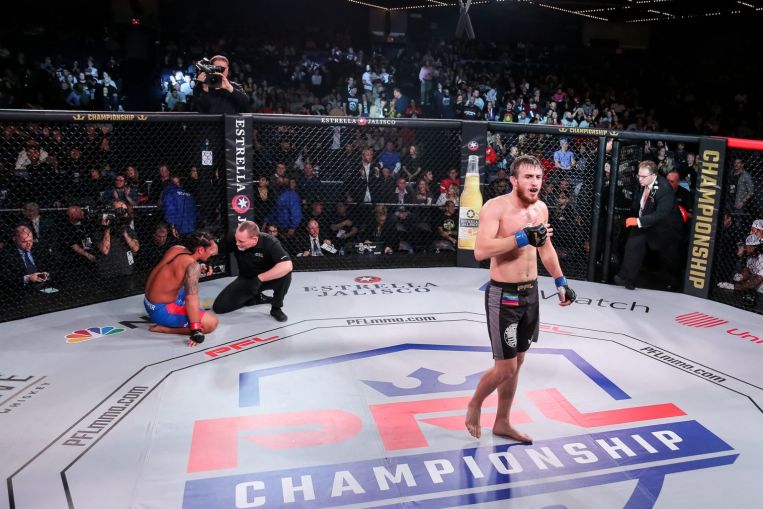 MMA: Professional Fighters League sees itself as No. 1 contender to UFC's dominance

The PFL, valued at US$400 million, is not yet in the same league as MMA kingpin the Ultimate Fighting Championship (UFC), which was sold in 2016 for US$4 billion and according to its president Dana White is now worth US$7 billion.

But the PFL believes that an underserved MMA market and a unique league structure make the newcomer the No. 1 challenger to UFC’s dominance.

“What we want to do is become the first true global league,” PFL founder and chairman Donn Davis told Reuters. “What we envision is building the first-ever Champions League where championships are earned and not just awarded.

“Around the world we can see PFL Europe, PFL China, PFL Latin America and crowning a true global champion.”

Unlike the UFC, which stitches together cards around a marquee fight, the PFL presents MMA in a format where individuals compete in a regular season, play-offs, and championship for a million-dollar prize in each weight class for both men and women.

After cancelling last season due to the Covid-19 pandemic, the PFL returns to action on April 23 in a quarantine bubble in Las Vegas.

In just three years, Davis says the PFL already has 25 per cent of the audience of the UFC, which has been operating since 1993.

“UFC has 500 fighters and fans can only name five of them and those five don’t fight on the ESPN contract, they only fight on pay-per-view,” said Davis. “When you tune into the UFC, they have a bunch of undercard fights that don’t matter.

“Every fight matters in the PFL.”

The PFL roster includes some notable names like American judoka Kayla Harrison, winner of gold medals at the 2012 and 2016 Olympics. But it has yet to develop a crossover star such as UFC’s Conor McGregor or Ronda Rousey.

The PFL may be scooping some viewers and fighters away from the UFC but it is not in the same weight class when it comes to media rights.

Along with lucrative pay-per-view events, the UFC inked a five-year US$1.5 billion rights deal with ESPN that started in 2019.

In the final year of its rights deals, the PFL is bullish about upcoming negotiations.

“For fans, the MMA market is big enough for two or three very big companies,” said Davis. “UFC is a great product and the PFL is a differentiated product and fans enjoy watching both of them.

“We’ve already established ourselves as the No. 2 company and just like it says on the rearview mirror in your car, ‘objects may be closer than they appear’.”

Katie Price strips naked for a bath with daughter Bunny, 6