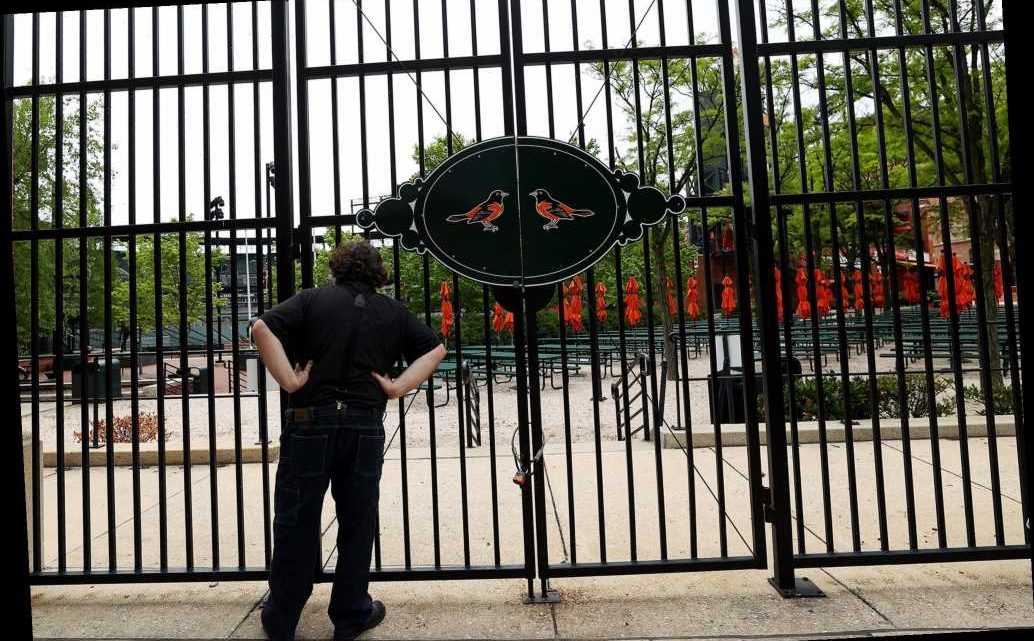 “Because I said so!” may have worked for our dads and for drill sergeants, but it’s terribly ineffective in medicine.

As a practical matter, does the practical matter? So let’s say the MLB season — the MLB often so short on foresight — begins this season as per whatever format and schedule agreed upon, say July 5.

On July 8 a shortstop or catcher or clubhouse attendant tests positive for the coronavirus. Bound to happen to at least a few players and/or other MLB and team employees, no? And with 86,000 Americans already dead from this virus, well …

So on July 9, claiming that MLB has failed to provide a safe work environment, instead fueling a potentially life-threatening environment, scores of MLB players — perhaps all of them plus clubhouse attendants, umpires and grounds crews — walk off the job. It’s not unreasonable to consider their claim that MLB can’t guarantee their safety nor the good and welfare of their families as unreasonable.

So then what? Release the lawyers! File the restraining orders! Consult both sides’ physicians! Then it becomes either “Stop the games!” or “MLB’s thoughts and prayers go out to the stricken and his loved ones” then play on. On which side would MLB rather err?

Among things we’ve learned from this pandemic is that no one is immune from it. Businesses may reopen in some altered form, but that, in and of itself, cures nothing. And it was a masked wise man who once said, “It ain’t over ’til it’s over.”

Only a cure — a genuine, time-tested vaccine — will provide a logical expectation of health and security. We’re constantly told that these are “unprecedented times” and that we must be patient, not reckless. Agreed. Yet sports think they can choose a number — throw a dart — at a calendar as the day this virus vanishes.

Besides, reader Terry Gans asked last week, “How can baseball be played without spitting?” As of this week MLB has taken care of that: Three spits and you’re out.

CC gets ripped too late

Sometimes a picture provokes a thousand words. In late March, a photo of Yankees closer Aroldis Chapman was both stunning and suspicious as his arms appeared to have had extra-large anvil implants.

This week a photo of slimmed-way-down CC Sabathia was distributed showing a lot less of CC to see-see. Throughout his career he looked like a sack of laundry stuffed into an industrial-sized dryer when he pitched.

Given that Sabathia, bad knees added, was conspicuously overweight — borderline obese — when he pitched, why would he choose the first year of his retirement to get into shape? And then why would he rub it in via photos? To show us just how good he might’ve been?

In 2017, Sabathia had the dead-serious self-entitlement to complain that it’s unfair for the Red Sox to try to bunt against him because he’s unable to field his position.

An examination of the NFL’s latest TV money-first schedule shows it to be more insulting to season-ticket holders and PSL suckers than ever. Many-to-most anticipated good matchups will appear in prime time, with more to be “flexed” there down the road.

Again, the most attractive starting times for ticket-holders — early Sunday afternoons — will be played against the least attractive teams.

Starting Thanksgiving night, the NFL has 14 prime-time — after 8 p.m. ET — kickoffs, including games in the coldest-weather towns of Cleveland, Buffalo and Green Bay.

For those scoring at home, it was Roger Goodell who claimed that “PSLs are good investments” and all decisions made on his watch will be “all about our fans.”

Virus Misc.: Reader Julian Stein has not yet received his refund for a game long ago canceled — he and his wife had planned to attend a White Sox at Giants game last weekend — but he shared with us a photo of a communiqué sent this week from StubHub that read, “We hope you had a good time.”

On May 9, Mike Francesa declared on the air that the thoroughbred meet at Saratoga “has already been canceled, this summer.” Patrick McKenna, NYRA’s director of communications, quickly tweeted, “The 2020 summer meet at Saratoga certainly has not been cancelled.” Now it’s Francesa’s move: “I nevah said that!”

With no games to pretend he correctly touted, his boasts about his “other home in Palm Beach” grown worn and pandemic unemployment surpassing 36 million Americans, Francesa is now bragging to listeners how much richer he has become picking recent stock market winners — only now that they’re winners, of course.

Francesa has never acknowledged the swindles and swindlers he and Chris Russo aided and abetted, including declaring Lenny Dykstra an investments genius. Soon Dysktra would be arrested, indicted, convicted and imprisoned for fraud. But that Mikey can sure pick ’em!

Perhaps no one was more eager to watch SNY’s presentation of the Mets’ Game 5 World Series winner against the Orioles than reader Daryl Kessler, who was born that day, Oct. 16, 1969.

“My father tells me that my mother was good enough to wait for Cleon Jones to squeeze the final out before going into labor.

“My dad, Richard, has always been an NFL Giants fan but he and my mom, Barbara — she’s not at all a sports fan — must have been caught up in the moment. They lived on Long Island, so maybe the fanfare surrounding Matt Snell’s 121 rushing yards put them in the mood.”

Now what about all those slightly younger Mets fans who thought they were delivered in 1974 by George “The Stork” Theodore?

OK, here’s the deal: Golf courses have reopened but with restrictions. Every player who rents a cart must be alone in that cart unless he or she is with what’s described as — for real — “a romantic partner.”

So I guess what I’m writing here is a request for a season’s romantic partner — but just to share nothing more intimate than cart fees.