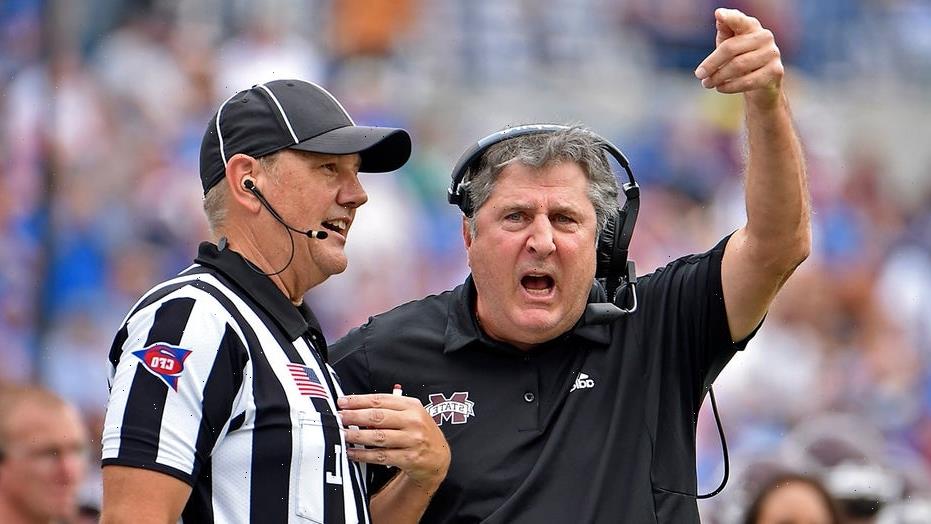 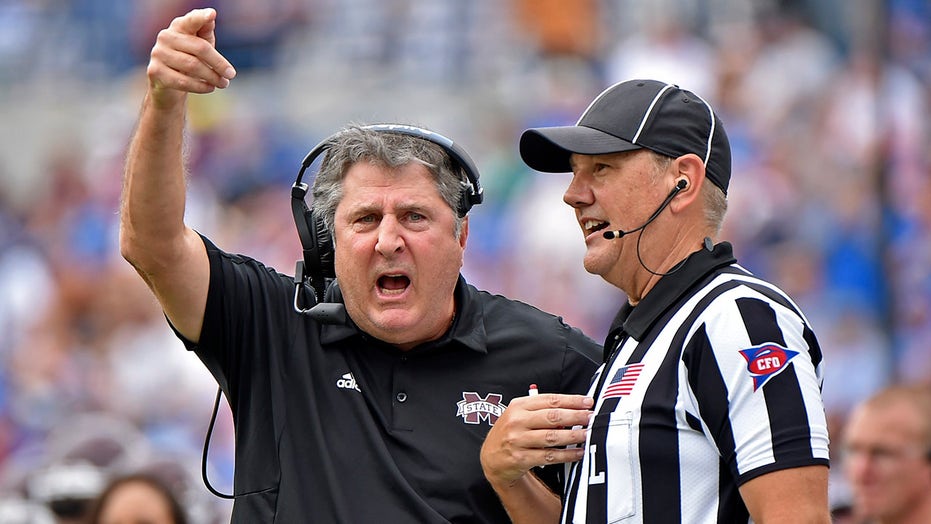 Tangent should be Mike Leach’s middle name, not Charles, which doesn’t seem to fit. 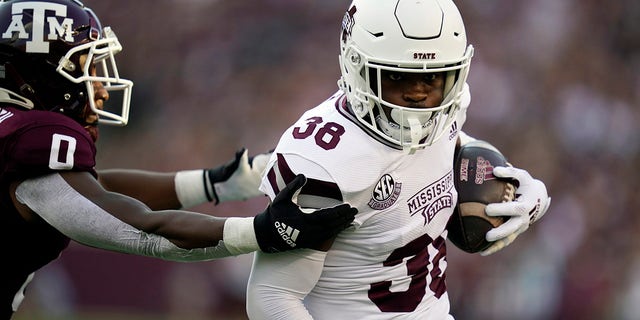 “It’s awesome to win at Kyle Field,” he said. “Kyle Field’s one of the greatest places. I’d be willing to hear your list if you wanted to offer it of better stadiums to play, but if this is below that top five, I mean you’re going to have to get another line of work. It’s not going to be better than this.”

But there is something about Kyle Field to him. 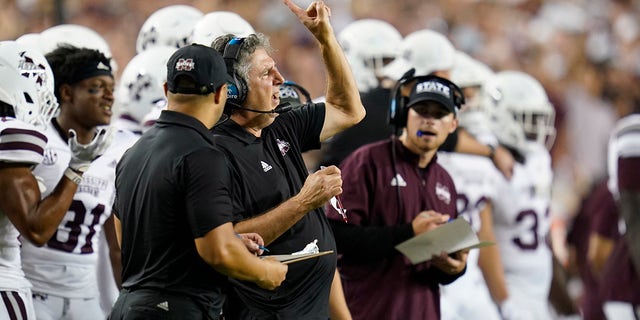 Mississippi State head coach Mike Leach calls plays to his offense on the field during the second half of an NCAA college football game on Saturday, Oct. 2, 2021, in College Station, Texas.
(AP Photo/Sam Craft)

“It’s not going to get better than this,” he said. “Saying there’s better than Texas A&M, good luck with that as far as game day environments.”

He even likes that east Texas heat.

“I knew it would be a hot game, and it always is here,” he said. “I get a kick out of how some places in the traditional SEC think they’re hot. But Texas A&M’s really hot.”

Then the tangent hit.

“I remember a lady, she lived in San Luis Obispo, California,” he said of the tourist destination known for vineyards and Spanish architecture 90 minutes south of Santa Barbara near the coast. “She lived there her whole life. She said, ‘I’m tired of this. I can’t wait to get out of this little town — this little hick town.’ She thought she was going to a big city — somewhere more scenic.”

Leach knows California. He is a native of Susanville in the northeast corner of the state, and his first coaching job was on the offensive line in 1987 at Cal Poly, which is located in San Luis Obispo.

“Look, it doesn’t get much more scenic than San Luis Obispo,” he said. “It’s a little bit like Kyle Field — stadium-environment wise.”

That is what is called a reach. San Luis Obispo and Kyle Field are not at all alike. In fact, Kyle Field’s population on Saturdays when the Aggies are home is more than twice as large as San Luis Obispo.

But Leach’s point — in his mind — is that Kyle Field’s game day experience is very cool and may be a tad underrated compared with more famous stadiums in the SEC.

Either that, or he is subtley campaigning for the Texas A&M job and a return to Texas. He is in Starkville. 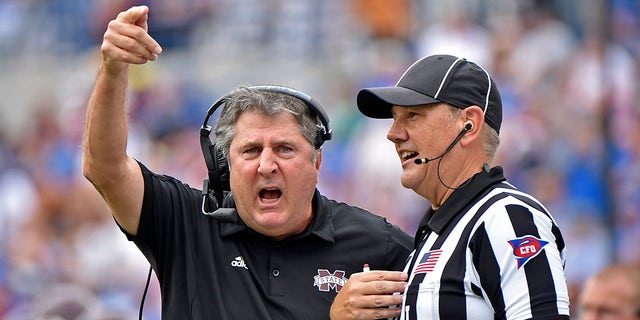 “We’ve got to coach better and find ways to help them just find their plays,” Fisher said after the loss to State, repeating much of what he said about his lackluster offense after a 20-10 loss to Arkansas the previous week.

“I know it sounds like,” Fisher said, then audibled out of a cuss word. “But that’s it.”

After A&M loses to Alabama, which will bring coach Nick Saban’s record against former assistants to an even two dozen, Fisher will have a chance to finish strong. The schedule lightens with a trip to Missouri (2-3, 0-2), home games against South Carolina (3-2, 0-2) and average Auburn (4-1, 1-0) and road trips to Ole Miss (3-1, 0-1) and struggling LSU (3-2, 1-1) around a home game against Prairie View.

“We have to become a good football team,” Fisher said. “Let’s line up an keep playing and see where the year takes us.”