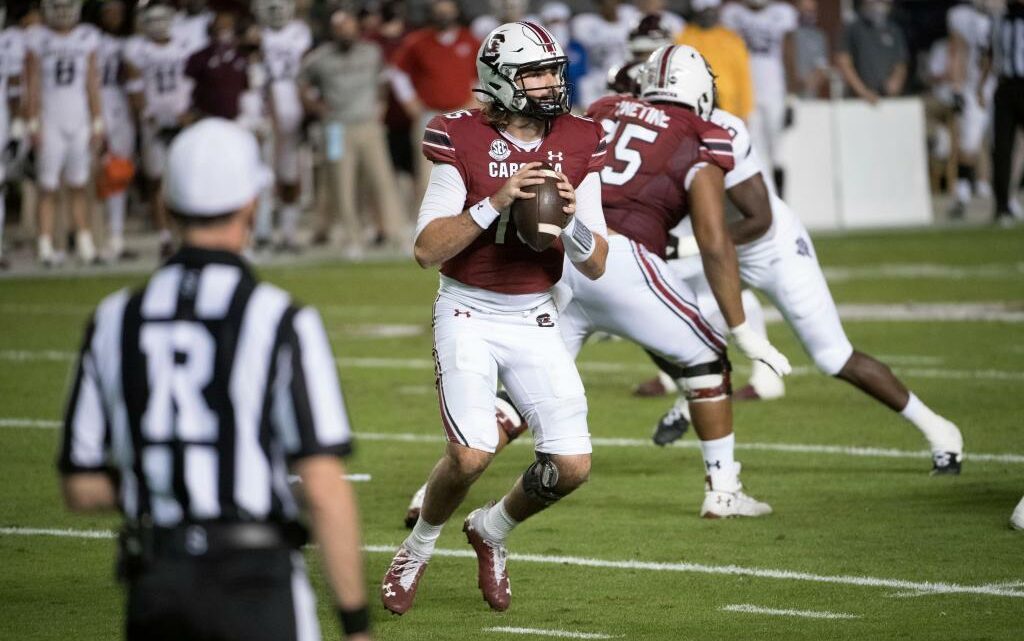 COLUMBIA, S.C. — Mike Bobo didn’t plan to be back in charge of a football team this quickly. Now that he’s South Carolina’s interim coach, Bobo understands his mission is to rally a fragile group of players stinging after Sunday’s firing of Will Muschamp.

“I know we’re going to have to work through things,” Bobo said Monday. “I know they’re hurting.”

Bobo was let go at Colorado State after five seasons last fall, then hired by Muschamp as the Gamecocks’ offensive coordinator and quarterbacks coach.

Bobo was named the interim coach by athletic director Ray Tanner on Sunday.

“His time in the (coaching) chair was very important,” Tanner said of the decision.

The Gamecocks made the change after their third straight loss and Tanner believed a leadership change was necessary. Tanner said the decision came down to wins and losses — and Muschamp had gone 13-18 over the past three seasons.

“We’re just not in a place where a coach gets a long, long tenure unless his success is off the charts,” Tanner said.

Bobo spoke with Muschamp earlier Sunday when the subject of succession came up. When Tanner asked Bobo to serve a short time later, the coach accepted.

Bobo must get things going quickly; the Gamecocks (2-5) are home against Missouri (2-3) on Saturday.

He said he planned to spend Monday meeting with players while receivers coach Joe Cox, who was with Bobo at Colorado State, will handle offensive game planning early in the week.

Connor Shaw, the former South Carolina quarterback who was director of player development, was elevated as a 10th on-field coach and will work with QBs.

Quarterback Collin Hill, who has started all seven games for the Gamecocks, said he was still processing events and had spent zero time looking at Missouri. He said his motivation this week will come wanting to succeed for Muschamp and the players around him.

Tanner hopes to have someone in place before Dec. 16, the start of college football’s early signing period. He won’t limit the search to those with head coaching experience like Liberty’s Huge Freeze or Louisiana-Lafayette’s Billy Napier, but will also look at coordinators who have had success.

Tanner said Bobo also had a chance to contend for the full-time job.

The lone hint Tanner, who brought in Muschamp five years ago, gave about what he’s looking for in the next coach is someone with an attack-minded offense in this age of scoring points.

“Maybe a time that everybody lights up the scoreboard, the 10-7 games are distant memories,” Tanner said. “I think it’s important that we get an offensive-type situation whether it’s a head coach or a fantastic coordinator to move the needle.”

Tanner acknowledged he and school administrators talked about whether the South Carolina could afford a coaching change — Muschamp is due $13.2 million for the final four years of his contract — in a time when COVID-19 could cost South Carolina’s athletic department up to $60 million in lost revenue.

“But we saw we had an opportunity and a pathway going forward,” he said.

Both Tanner and Bobo said speaking with Muschamp was emotional. The two said they have great respect and admiration for the job the former coach had done is developing players to perform in the classroom and the community.

Bobo said he told Muschamp, who he considers his friend, that he thought he’d let him down by not doing enough offensively to win games.

Looking ahead, Bobo will try and pick the Gamecocks off the floor in hopes of finishing the season strong. After the Missouri game on Saturday, South Carolina is at home against No. 13 Georgia on Nov. 28 and at Kentucky on Dec. 5.

With no six-win requirement for a bowl, the Gamecocks hope a late flourish will send them to the postseason. South Carolina defensive lineman Jabari Ellis believes the players will use Muschamp’s firing as motivation.

“It’s all going to come down to rallying the troops,” he said. “Coach Muschamp’s message is still in affect.”