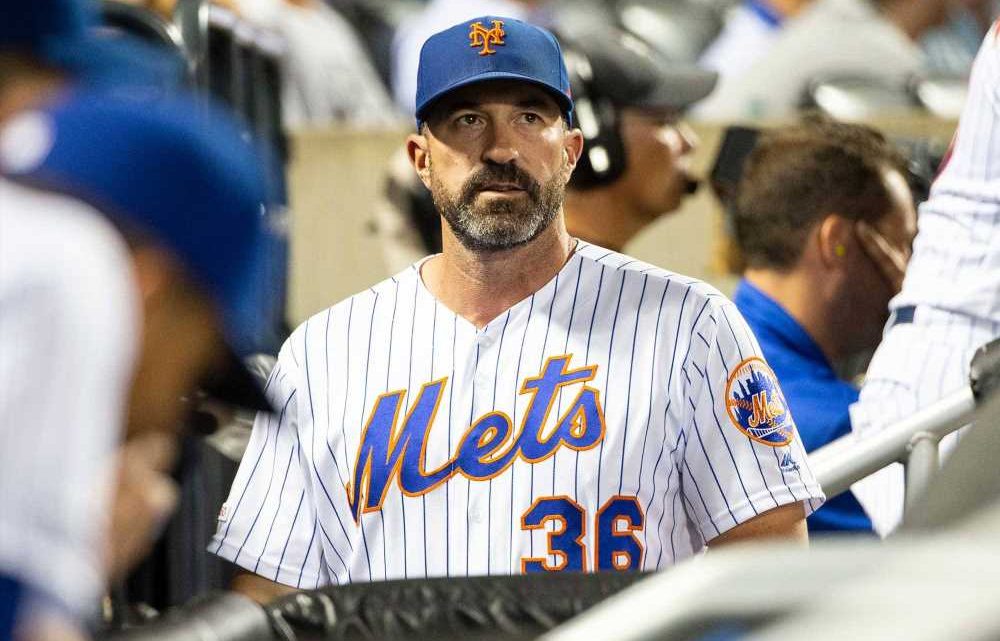 Mickey Callaway’s Mets future could hinge on this final stretch

CINCINNATI — As the Mets sit on the fringe of National League wild-card contention, questions pertaining to next season have been placed on hold. Included is whether manager Mickey Callaway will return in 2020 to complete the final year of his contract.

Multiple organizational sources have indicated in recent days that Callaway’s future won’t be determined until after the Mets are finished playing, whether that is next Sunday in the regular-season finale or at an even later point, should the team erase a three-game deficit in the wild-card race and reach the postseason.

Callaway won’t necessarily be immune from a pink slip should the Mets reach the postseason. Likewise, it appears he isn’t automatically a goner if the Mets finish short of the playoffs.

To get an idea of the organization’s perspective, consider that club officials pegged the Mets as a 92-win team before the season began. The closer the Mets get to that number in these final 10 games could set the vibe as to whether general manager Brodie Van Wagenen believes an overhaul is needed that includes a new manager.

The Mets will begin play Friday against the Reds with a 79-73 record, ensuring the team won’t reach the 92-win plateau. But there is a difference, from the organizational perspective, in finishing with 87 or 88 wins as compared to, say, 82 or 83.

The 92-win initiative came after an offseason in which the Mets acquired Edwin Diaz, Robinson Cano, Jeurys Familia, Wilson Ramos and Jed Lowrie. But Diaz and Familia have severely underperformed and Cano had an abysmal first half before playing closer to his expected level in recent weeks. Lowire has been a non-factor after spending five-plus months on the injured list and recently joining the team as a bench player. But some of the production that lacked from Cano and Lowrie was balanced out by the emergence of players such as J.D. Davis and Dominic Smith. Also, team brass couldn’t have envisioned Pete Alonso hitting 49 home runs as a rookie. But whereas there have been compensating factors in the lineup, the bullpen hasn’t enjoyed such unexpected help. The starting rotation, led by ace Jacob deGrom, has largely performed as expected.

Callaway led the Mets to a 77-85 record in 2018 and had his team on course for another losing season at the All-Star break. But since falling 11 games below .500 in a loss at Miami on July 12, the Mets have played at a 39-22 clip, resembling the team club officials envisioned when they set the bar at 92 wins.

Callaway’s detractors will point to his in-game decisions, particularly in relying too heavily on a thin bullpen when his starting pitchers seemingly can be pushed further. But there have been other head-scratchers, most recently his decision to let light-hitting catcher Rene Rivera bat with the bases loaded in the sixth inning with two outs in a game the Mets trailed by one run Wednesday at Colorado. Rivera was retired — he had remained in the game, according to Callaway, because he wanted the catcher to continue handling Noah Syndergaard for another inning — but the Mets scored four runs in the ninth to win 7-4.

Callaway’s supporters will point to the Mets’ resiliency in continually playing hard after a gut-wrenching loss or series letdown. That included winning two straight games to conclude the series against the Rockies after losing two of three to the Dodgers at Citi Field last weekend.

Callaway appeared on thin ice after a three-game sweep at Miami in late May. But Van Wagenen responded with a vote of confidence, saying Callaway would remain the manager for the “foreseeable future.”

Even so, Van Wagenen — who arrived last October — inherited Callaway as his manager and may decide he wants his own hire.

Joe Girardi, Buck Showalter and Dusty Baker are among the big-name managers who are free agents, and Joe Maddon could become available should the Cubs decide a house-cleaning is needed. Internally, the Mets are high on quality control coach Luis Rojas.

Other than a postseason berth, Callaway’s best chance at survival might be eight or nine wins over these final 10 games to get him within shouting distance of the magic 92.