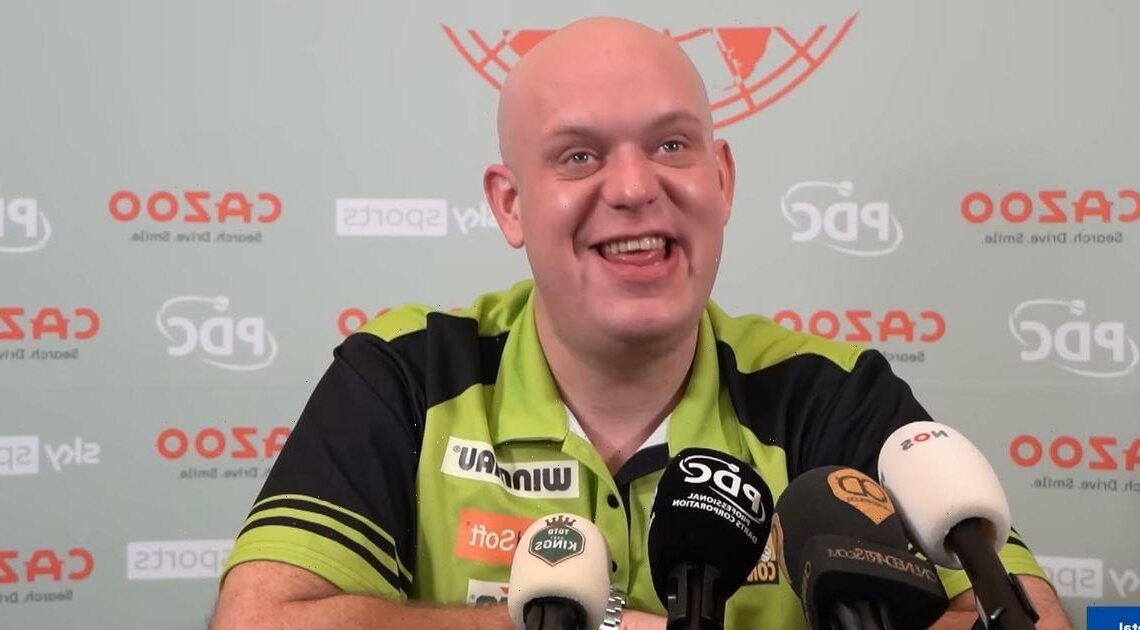 Gerwyn Price's dustbin-lid ear protectors should be illegal on the oche, according to darts royalty Michael van Gerwen.

In an unprecedented and sensational move, the 'Iceman' resorted to wearing the industrial headphones to try and block out the din of a raucous crowd during his shock 5-1 defeat by Gabriel Clemens in the PDC World Championship quarter-finals.

Price brought out the cans when he was 3-1 down, and dispensed with them one set later, settling for airline-style earplugs which several players, including Mervyn King and Raymond van Barneveld, have used in the past.

Three-times champion Van Gerwen admits he wound up Price about using his noise-reduction earmuffs in the practice room at Alexandra Palace – but insists he doesn't need them.

MVG said: “I saw the ear defenders in the backroom and I said to him, ‘You don’t have the balls to put them on’ – but he did.

“I was trying to wind him up. In his position, with his capabilities, with how big he is in darts, I wouldn’t have done it. But he’s going through a rough period. It doesn’t always make it easy. Would I wear them? I bought them once – and gave them to my five-year-old daughter at the Grand Slam.”

Asked if players should be allowed to use such conspicuous accessories on stage, the three-times world champion replied: “I don’t think so, nah. It has never been done in darts before, and Gezzy doesn’t need them.

“He is going through a tough period, so he is trying to think about things. He shouldn’t put himself in that position. I wear them with music before my game – but never on stage. Of course not. The crowd are part of the game and you have to deal with it.

“That changes the big players from each other I think. I think Gabriel Clemens played a really good game and we don’t do him any justice- we only talk about Gerwyn Price. That would be a shame.”

Van Gerwen fears Price has made a rod for his own back in terms of his reception from bawdy crowds in the Premier League, but he is not taking the Iceman's threats to boycott future world championships at Ally Pally seriously.

In an emotional and knee-jerk outburst on his Instagram account shortly after losing to Clemens, Price wrote: “Not sure I will ever play in this event again.”

But Van Gerwen scoffed: “Gezzy is a guy who is active on social media and he always speaks his mind. Of course, he is not going to stop, that’s nonsense. It was a heat of the moment reaction. As for Premier League crowds, you'll have to ask him how he will deal with it. I have never been in that position.”