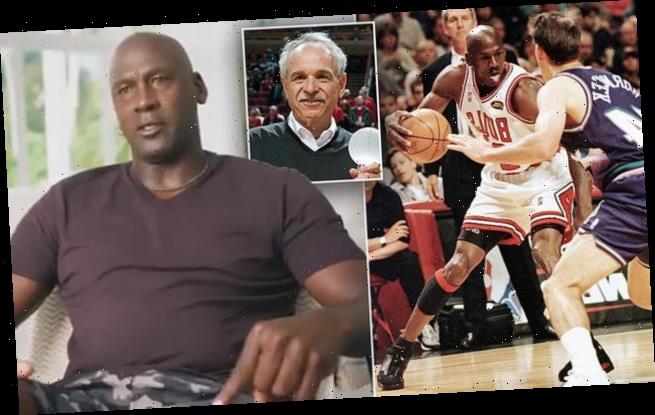 Michael Jordan 'lied about several things' in The Last Dance'

‘There were several things he made up or LIED about’: Michael Jordan’s claims about the ‘poisoned’ pizza and being willing to stay on at the Chicago Bulls after the sixth championship in ‘The Last Dance’ were NOT true, according to ‘Jordan Rules’ author

Michael Jordan has been accused of lying about several things during ESPN and Netflix’s hugely popular documentary ‘The Last Dance’.

The docuseries, which features 10 episodes, has captivated sports fans with never-before-soon footage of Jordan’s final season with his legendary Chicago Bulls team.

However, longtime NBA writer Sam Smith says a number of claims made in it are untrue. 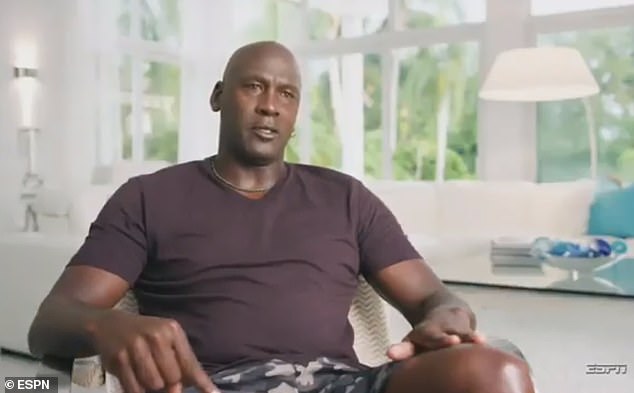 Smith, author of 1992 New York Times bestseller ‘The Jordan Rules, refutes Jordan’s ‘revelation’ that he wanted to return to the Chicago Bulls after they won their final title in 1998.

Jordan claimed in the final episode that all four of them have returned on one-year contracts if owner Jerry Reinsdorf would have offered them but Smith calls this a ‘blatant lie’.

‘That was a complete and blatant lie by Michael,’ he said during a recent appearance on 95.7 The Game’s ‘Bonta, Steiny & Guru’. 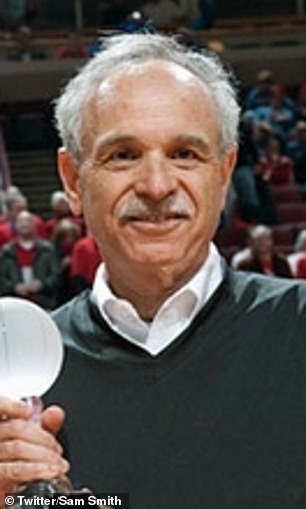 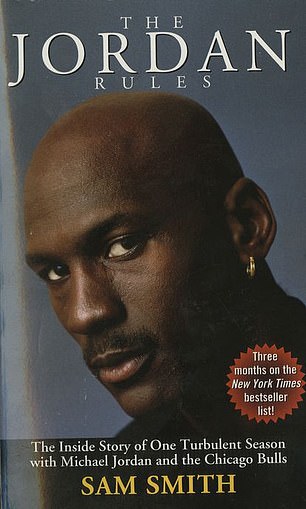 Smith’s 1992 book, The Jordan Rules, was considered the most revealing behind-the-scenes look at the Hall of Famer’s famously competitive side

Smith also called out Jordan on another of his claims, that being his explanation for the infamous ‘Flu Game’ in the 1997 Finals.

Game 5 against the Utah Jazz saw Jordan a weak and pout of pace Jordan struggle before leading his side to victory, the shooting guard having apparently fallen ill the night before. 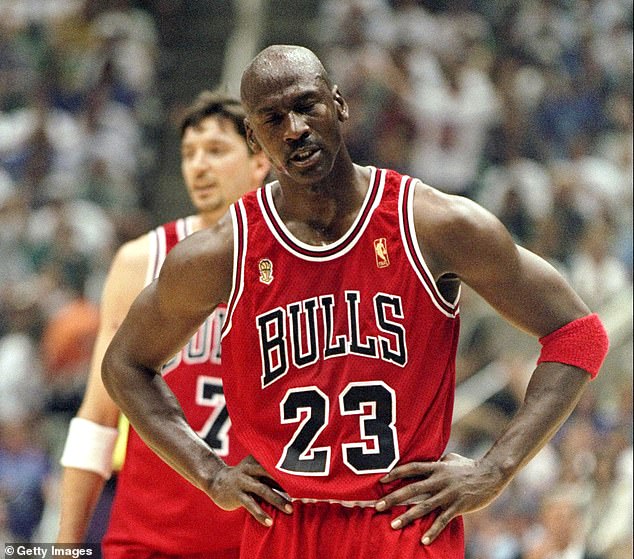 His symptoms were put down to flu at the time while conspiracy theorists claimed it may have been a hangover.

However, Jordan says in the Last Dance that they were the result of a poisoned pizza.

‘The pizza thing – the poison – that was complete nonsense,’ said Smith . ‘There were a couple of other things like that I won’t go into.

‘They weren’t major, but the thing at the end [about Jordan wanting to return for the 1998-99 season] was a complete, blatant lie. I know what happened.’

Boy, 9, weeps with joy at first McDonald’s meal after months of lockdown – The Sun

'You never really let them go': Tory MP Cherilyn Mackrory breaks down in tears as she describes losing her baby...

'You never really let them go': Tory MP Cherilyn Mackrory breaks down in tears as she describes losing her baby...