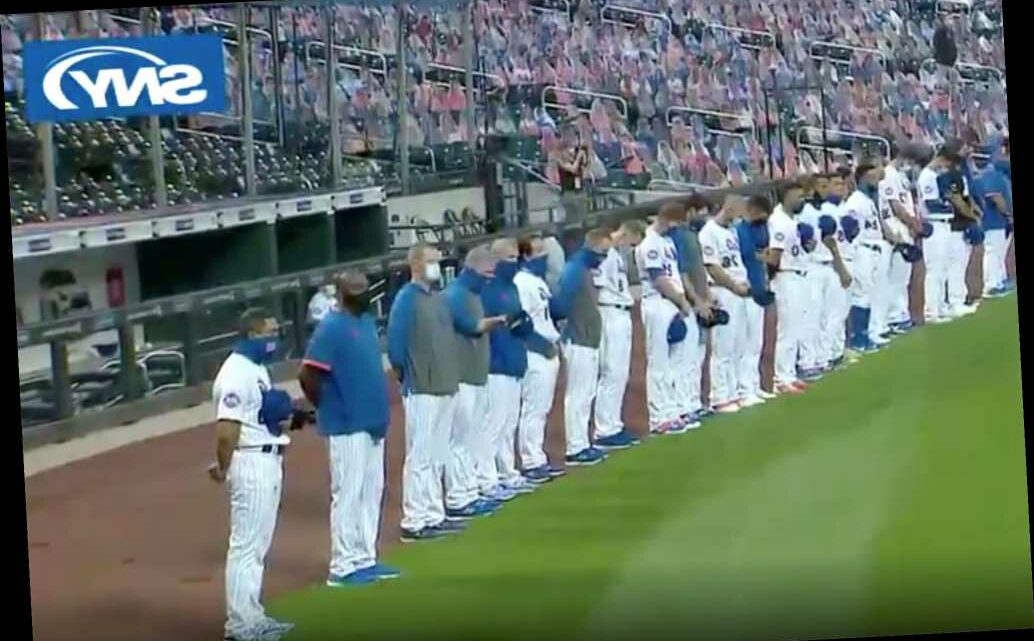 The Mets took the field on Thursday night, and then left it.

After a day of questions surrounding if they would indeed play, the Mets took the field with the Marlins, took off their hats for 42 seconds of silence, laid a Black Lives Matter shirt at home plate, and then promptly left the field.

In doing so, the Mets and Marlins made theirs the sixth postponed game of Thursday, a day after the NBA, WNBA, MLS and several MLB teams opted not to play in solidarity following the police shooting of 29-year-old black man Jacob Blake in Kenosha, Wisc.

Mets first baseman Dominic Smith kneeled ahead of Wednesday’s game, and offered a teary perspective after the team’s win.

“The most difficult part is to see that people still don’t care,” Smith said. “For this to continually happen, this just shows the hate in people’s hearts. That just sucks, you know. Being a black man in America is not easy. Like I said, I wasn’t there (mentally) today, but I will be fine.”