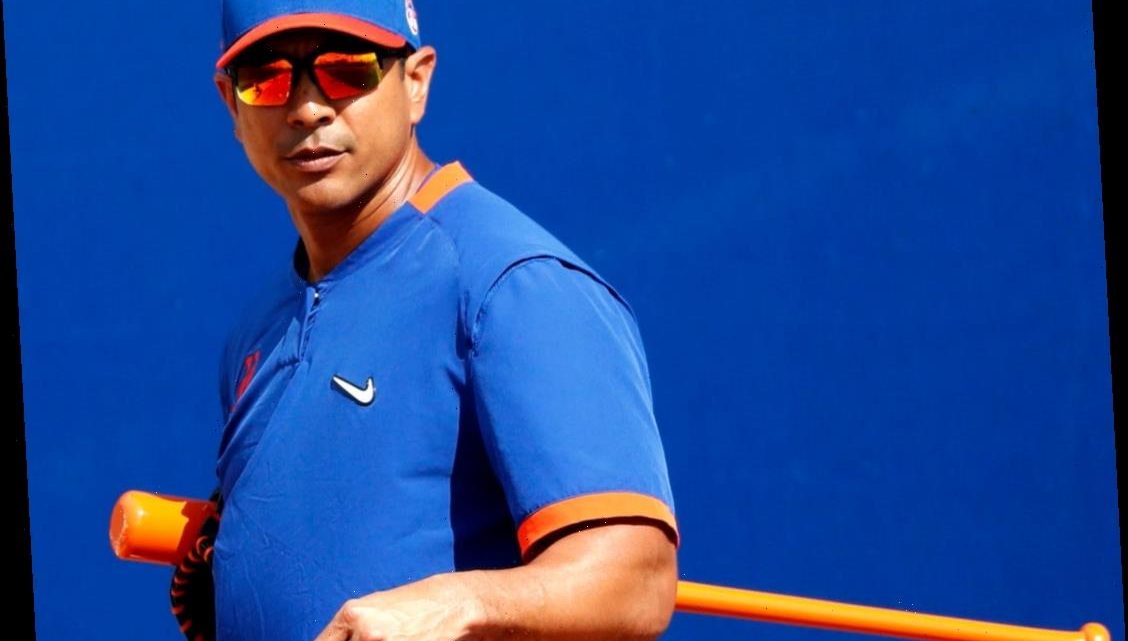 Envision Luis Rojas trying to explain his professional status to someone who just emerged from a six-month expedition at sea, cut off from all communication a la “The Last Ship”:

“Well, I got my job when my company fired a guy it had hired 2¹/₂ months earlier, before that guy did so much as hold a team meeting. Then I performed the job for less than two months before a pandemic shut down most of the world, during which time our country experienced massive social unrest in addition to the death, illness and unemployment resulting from the pandemic. Now I’m finally getting a chance to resume my job, with the understanding that my industry could shut back down at any moment.”

Whew! Hearing that probably would motivate you to cut off communication all over again, right?

In this ultra-weird attempt at a 2020 baseball season, the 38-year-old Rojas gets his shot under quite possibly the oddest circumstances of anyone to ever land his position. In order for the Mets to win now as they are built, with camp set to open Friday at Citi Field, their rookie skipper must both shrug off the heavy drama that dropped him in this spot and face down the dramatic obstacles that more likely than not rest in his short-term future.

Fortunately for the Mets, the man thrust into the catbird seat — the Gerald Ford of managers, as The Post’s Mike Vaccaro described him — appears as calm and low-key as a bomb-squad member.

“It’s definitely a challenge and a learning experience,” a relaxed-looking Rojas said Thursday in a Zoom call with the media. “I’ve learned a lot throughout this, still learning by today, so many different topics. All I can say is I’m thankful right now that we’re preparing to get back.”

Rojas’ first camp actually proceeded quite swimmingly, the Mets showing off their considerable talent supply while staying relatively injury-free and building goodwill in the wake of the correct decision to jettison November managerial hire Carlos Beltran, whom Major League Baseball fingered as a ringleader in the 2017 Astros’ illegal sign-stealing scandal, and replace him with Rojas.

Then the games stopped on March 12 due to the coronavirus, and before we even reached April, No. 2 starting pitcher Noah Syndergaard went down for the year with Tommy John surgery. Camp begins with everyone else presumably healthy, Michael Conforto having healed the right oblique strain that would have sidelined him for the original Opening Day and Dellin Betances having used the extra time to push further away from his injury-plagued 2019 with the Yankees. A 60-game season means all but the worst teams will be in the mix, and the Mets, on paper, don’t suck despite losing Syndergaard.

Of course, the information we await word on which, if any, Mets will test positive for COVID-19 and miss time; we’ll know for sure only if the player divulges it. Rojas, as the Mets’ leader on the field, must adjust on the fly to these unprecedented fires while also attempting to extinguish the standard blazes (game management, massaging player egos and spending time with the media, among others) for the first time.

“We have a challenge in front of us,” reiterated Rojas, who already stays on message at a Belichickian rate. “My goal as a manager is to get the guys ready, get the guys going. … It’s going to change day-to-day.”

Given that Rojas received his promotion well into the offseason, I asked him if he used this unexpected (and unwanted) down time to further develop.

“This time, we definitely took advantage of it to stay in touch with the players,” Rojas said. “… I read some books, obviously studied different things and it did help for preparation.”

Of the four or five books he read, Rojas said, he most enjoyed one by legendary Duke men’s basketball coach Mike Krzyzewski. He also chatted regularly with his father, former manager Felipe Alou, who wisely compared this situation to the Latin American winter leagues.

“The value of one game is a little higher,” Rojas said.

Can the new guy check enough boxes? If he does, and if his Mets thrive, he’ll have quite the new story to share about his professional status.