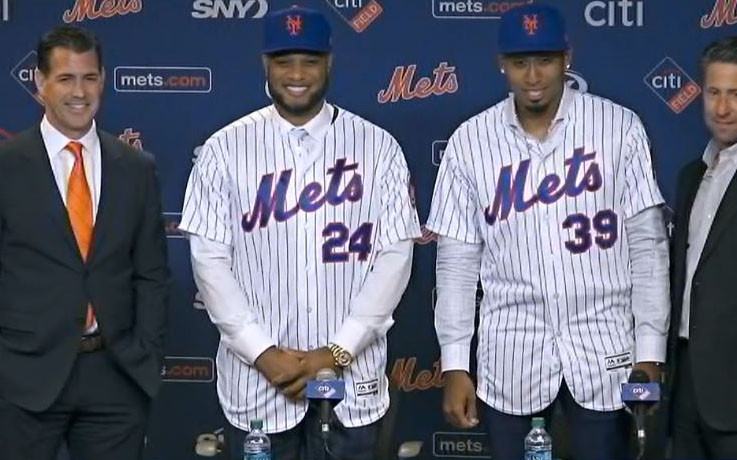 Brodie Van Wagenen has talked a big game and believes he is backing it up with his first trade as general manager of the Mets.

“This trade should be a signal to our players and to our fans that words alone will not define this franchise,” Van Wagenen said Tuesday at the press conference to introduce Robinson Cano and Edwin Diaz as Mets.

And he’s not done yet.

“We did not make this move to have this be the last move,” Van Wagenen said. “We have talent already on the roster. We want to bolster the team, improve our production next season and add more players around this. That’s our mission.”

Van Wagenen traded top prospects Jared Kelenic and Justin Dunn, along with Jay Bruce, Anthony Swarzak and Gerson Bautista to the Mariners in order to land the pair of All-Stars.

There are questions over how much Cano has left, but Van Wagenen made it clear he is trying to win now.

“The New York Mets and ownership group … we have a winning mindset and collectively we believe everything is possible and nothing is impossible,” Van Wagenen said. “It is that conviction that led us to this moment.”

Van Wagenen called Cano “one of the best second basemen in the history of the game” and Diaz “the best closer in the game today.” They are on board with the winning mindset.

“To Mets fans, we came here to win and try to reach the World Series and get that ring,” Diaz said.

Soap's most shocking moments – and they all happened off-screen