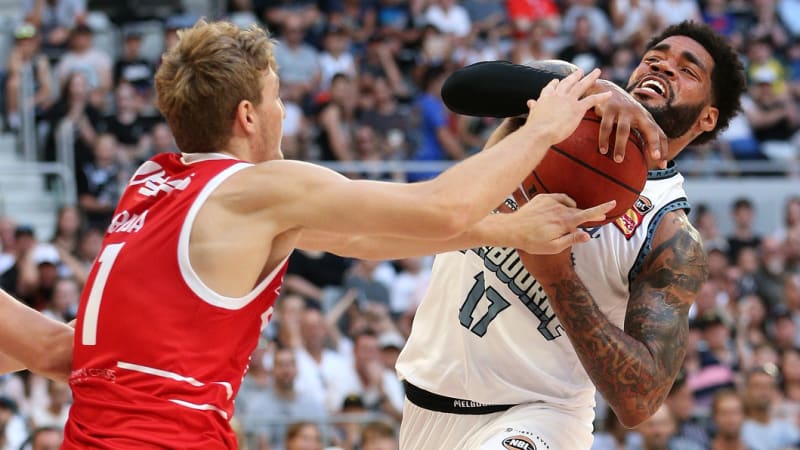 The Australian Open has happily cultivated the image of being a two-week party staged alongside a tennis grand slam.

When Melbourne United faced Illawarra Hawks in their second Australian Open game last night they could have sensed the party vibe and played accordingly, instead they put on their game face and went to work claiming a 113-89 win. 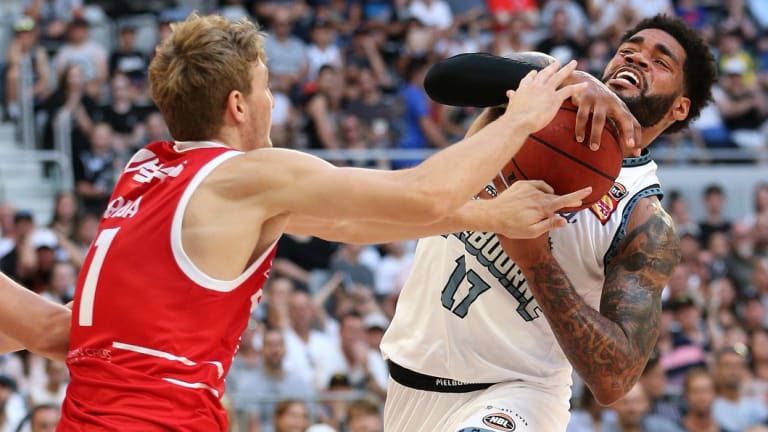 DJ Kennedy of United keeps the ball from Daniel Grida of the Hawks.Credit:AAP

Melbourne will sit on top of the NBL ladder, at least for the time being, but it’s the manner of this win that matters most.

The reigning NBL champions came into the game after a heart-breaking overtime loss in Perth last Sunday, their second loss in Perth this season, and they looked suitably focused this night, giving the Hawks no chance to win.

The Hawks will win plenty of hearts at home with their red top, white shorts “Steel City” jersey which pays homage to the colours of long-lost rugby league club the Illawarra Steelers but they couldn’t  match it with Melbourne after half-time and that was disappointing after their recent hot form. 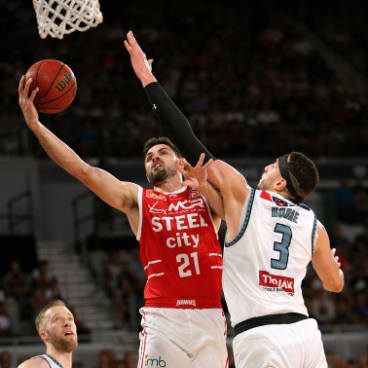 Todd Blanchfield of the Hawks lays up under pressure from Josh Boone.Credit:AAP

Casper Ware led Melbourne with 25 points as seven players scored in double figures while the home side dominated the rebound count 49-35.

Todd Blanchfield’s 22 was best for the Hawks.

What will please Melbourne most was their dare and attack as they drove to the basket with purpose and hit the rebound contests hard at both ends to reap plenty of rewards, especially on the offensive glass.

The variety of active contributors will also please both fans and coaches as Peter Hooley, Kennedy, Mitch McCarron and Josh Boone all took the game on and played with a point to prove.

"The message from the coaches was we just needed everyone to do their job during this period and play at a good level. I thought it was one of our most consistent efforts," Melbourne coach Dean Vickerman said.

"When we rate our players it will be one of the highest [total] ratings so that’s pretty positive."

Star point guard Ware was also exceptional in the third term, bouncing back after his missed lay-up led to Perth’s win.

"He was really composed about the way he ran plays for other people tonight, and picked his moments," Vickerman said.

"Casper went 8 of 14 from the field. He was selective in the shots he took and there was a maturity about how he ran the team."

Import DJ Kennedy missed three games recently due to concussion, but he looked determined to show he was ready to absorb all the contact he could after being handed a starting spot as Chris Goulding came off the bench.

Kennedy had a double-double soon after half-time as Melbourne held a 58-50 lead, then in the third term they blew open the contest, scoring 37 points as Ware, Goulding and David Barlow kept the points coming. The home side finished the term with a total of 95 points and a 28-point lead.

"It was definitely one of our best quarters of the year," Vickerman said.

"We just came up against a team that was way too good for us," Beveridge said.

"They had so many open shots whether from us breaking down defensively, or from picking us apart."

The crowd of 7022 was just below last year’s 7306 fans for the first Australian Open game, although that crowd could have been much bigger if it were part of the club membership package instead of outside it.

Melbourne have rebounded from their loss to Perth but they still lack a signature away win.

On Monday they venture back to Adelaide to face last season’s grand final opponents Adelaide 36ers and a win in the city of Churches would be exactly the statement they want to make.

Hong Kong cracks down on protests against Chinese anthem

‘It’s been a living hell’: Family holds out hope in search for missing 16-year-old
World News