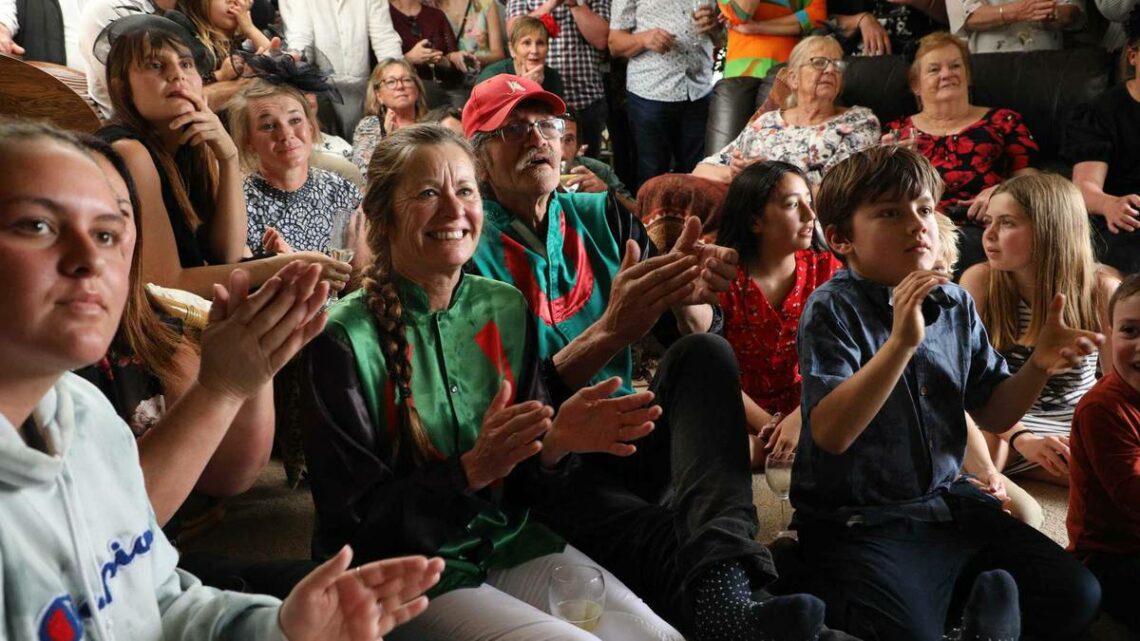 Retirement seemed to be the last thing on Rotorua horse trainer Bill Pomare’s mind after watching the horse he co-owns and trains, Ocean Billy, race the Melbourne Cup.

He’s already eyeing a return to Flemington next year.

Ocean Billy did not take the win – that went to Kiwi horse Verry Elleegant ridden by New Zealand jockey James McDonald – but it was a thrilling race nonetheless for the crowd of family and friends gathered at the home of Bill and wife Suzi in Hamurana, Rotorua.

They cheered as the race began and were glued to the screen as it ended, awaiting Ocean Billy’s final placement – 23rd, last in the field.

Pomare told the Rotorua Daily Post the experience had been a learning curve.

“I’m fine with it. I’ve had horses that have shown a lot of good form and had a big chance and failed. That’s what it’s all about. Failures test us but it’s learning from them.

“Today, we were up on the big stage with some very good horses, so you’ve got to expect it,” he said.

Pomare knew early on in the race things weren’t looking good for Ocean Billy, saying once Ocean Billy became stuck on the rail he knew it was over.

“I knew then it was going to be pretty hard to get out but it takes nothing away from the winner and his horse. I just hope he’s pulled up good, he comes home next week.”

He congratulated the trainers of Verry Elleegant, who he knew personally and said also had Hamurana links.

While it was Pomare and Ocean Billy’s first Melbourne Cup, the trainer was not ready to say it would be his last despite years of rumblings about retirement.

Pomare said he was considering trying for the Melbourne Cup again next year.

“I could only dream and hope that maybe [Ocean Billy] could lift himself up to what he needs to be to compete with those horses.

Ocean Billy still had a couple of weaknesses and immaturity to work on but “he’s been on the big stage now so he’ll be prepared for next year”, Pomare said.

Green and red balloons and streamers adorned their home and friends and family joined them, dressed in style for the Melbourne Cup.

Before the race, Pomare told the Rotorua Daily Post someone had placed a large bet on Ocean Billy, and that person was in line to win $1 million.

He said, win or lose, he was glad to reach this point.

Ocean Billy has previously triumphed in the Waikato and Auckland Cups but the horse was not an obvious star, at first.

In Ocean Billy’s first race with other horses, he came in last by about 150m.

Pomare said he thought he had a slow horse on his hands and took him to the markets.

Unable to sell, Pomare persisted with Ocean Billy, culminating in a place in the Melbourne Cup, which he described as “the pinnacle”.

The Pomares considered travelling to Australia for the race but decided to stay home due to Covid-19 lockdowns and minimal chances of securing an MIQ spot on return. Ocean Billy was transferred to expat New Zealand trainer Chris Waller.

Earlier on Tuesday, Pomare was honoured at the Four Winds Tavern which was decked out with green balloons and a massive hand-made rosette as tribute to the trainer and his horse.

Pomare said ideally he would have preferred his horse to have had a few runs in Australia, get climatised, come home, and then go back for the Melbourne Cup but he was confident Waller had left no stone unturned and Ocean Billy will give it his best shot.

“He is such a beautiful man and a beautiful town … Why not do something happy and this is absolutely worth celebrating.”

Ocean Billy comes from a strong sprinting family, his mother Cool Storm won races over 100m and 1200m but anything further than that was beyond her. Her mother’s wins came from 800m to 1600m.

Ocean Billy
Ocean Billy is a 6yo chestnut gelding (male) from New Zealand trained by Bill Pomare and Chris Waller, who is based at Rosehill. He is sired by the stallion Ocean Park out of the dam Cool Storm.
Ocean Billy has won at Group One level and has amassed $547,720 in career earnings and is regarded as an elite class of racehorse.
If punters have backed Ocean Billy throughout his career they will have achieved a 876 per cent return on investment.

Colin in Black and White Finale Recap: Trust Your Power — Plus, Grade It!