Home » Sport » Meet Breanna Tate, who is in the middle of Jalen Ramsey-Golden Tate drama 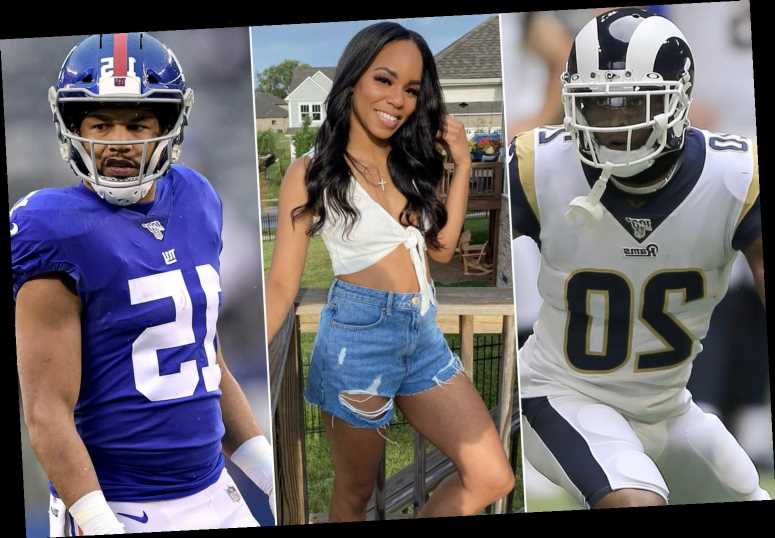 Meet Breanna Tate, who is in the middle of Jalen Ramsey-Golden Tate drama

The bad blood between wide receiver Golden Tate and cornerback Jalen Ramsey came to a boiling point Sunday after the final whistle on the New York Giants-Los Angeles Rams game.

Ramsey and Tate came to blows at SoFi Stadium on Sunday after the Rams topped the Giants, 17-9. The scuffle stems from family drama involving Tate’s sister and Ramsey’s former girlfriend, Breanna Tate. Taking to Instagram on Monday, the mother of Ramsey’s two young daughters shared an emotional passage about faith.

“God, Thank you for being my strength when sometimes it’s hard to even stand. You pick me up & give me courage to keep going. You empower me to handle every circumstance knowing that I can trust you. May I refuse to worry about the things I can’t control & keep my focus on You,” the message read, shared on Tate’s Instagram story from the “Live Deeply Rooted” account.

An Ole Miss alum and former track star, Breanna was in a long-term relationship with 25-year-old Ramsey, who reportedly left her for a Las Vegas dancer last summer. She was pregnant at the time.

In October 2019, Ramsey went public with new gal pal Monica Giavanna on social media. When a fan responded to an article detailing Ramsey’s love life, a fired-up Tate replied, “He know he gonna have to see me.”

“I’m not happy at all with the disrespect that he’s shown towards my sister, and the things he’s done in the past,” Tate said at the time.

Despite the public spats between her brother and ex, Breanna’s focus is on her baby girls, recently celebrating Brooklyn’s 1st birthday.

“It’s been a whole year since God blessed me with my 2nd princess 💕 Today is all about you beautiful! Happy 1st Birthday Brooklyn Elia,” she shared on Instagram last month.

In addition to posting adorable photos of her girls growing up, Breanna also shares images of her stunning fashions, including a bikini shoot from early September.

“Life is everything it should be,” Breanna captioned a summer shot while modeling denim cutoffs and a crop top.

Last November, Tate shared simmering snaps with a poignant caption, “They wanna feel this energy, I won’t let em get near me.”

When does transfer window close TONIGHT, is it same for Premier League and EFL and what is the domestic window?