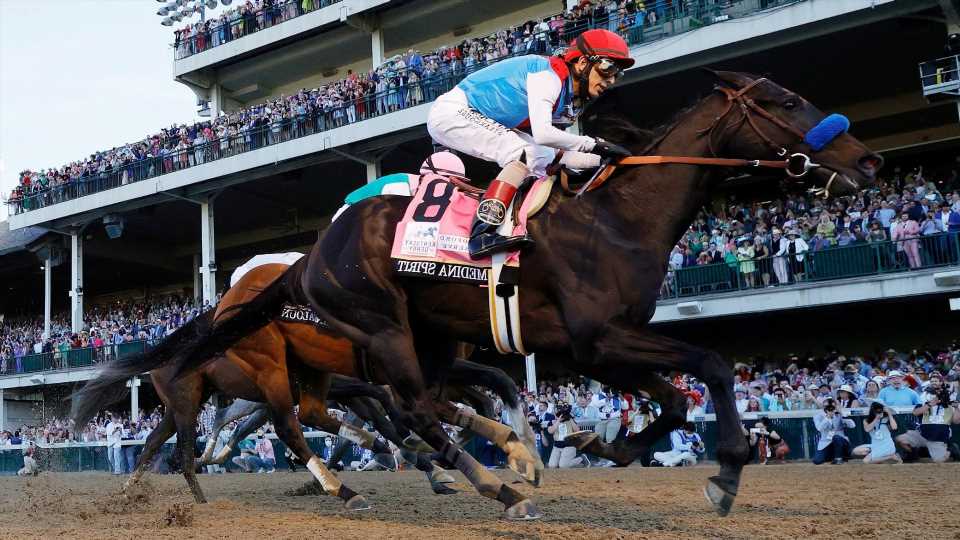 After a positive test for the anti-inflammatory steroid betamethasone, Medina Spirit’s status as Kentucky Derby champion may be in jeopardy. However, that reportedly isn’t going to stop the Bob Baffert-trained horse from running the next leg of the Triple Crown.

Eric Crawford of WDRB.com reports that both of Baffert’s horses set to run the race, Medina Spirit and Concert Tour, will be able to compete in the 2021 Preakness Stakes. That said, the participation of the duo will be based upon a pre-race agreement that involves “several conditions.”

As explained by Baffert’s attorney, Craig Robertson, one of those conditions is pre-race drug testing that each horse must clear to participate.

“There are several conditions in place, including pre-race testing that the horses will have to pass and clear, which they (Pimlico) wanted and we wanted too, to remove any cloud of suspicion over the Preakness. So there are conditions in place, but we have reached an agreement for both to race this weekend.”

One of Baffert’s fillies, Beautiful Gift, also will be tested before her run in the Black Eyed Susan race.

If Medina Spirit is allowed to participate at the Preakness, it would put a wrap on a tumultuous few days for Baffert. The legendary trainer first claimed that the potential vacation of Medina Spirit’s win was a result of “cancel culture” before later saying that an anti-fungal cream used on the horse could have been responsible for the positive test.

But having his horse on the track would give him a chance to win again, even if the Derby victory may, ultimately, come with an asterisk.