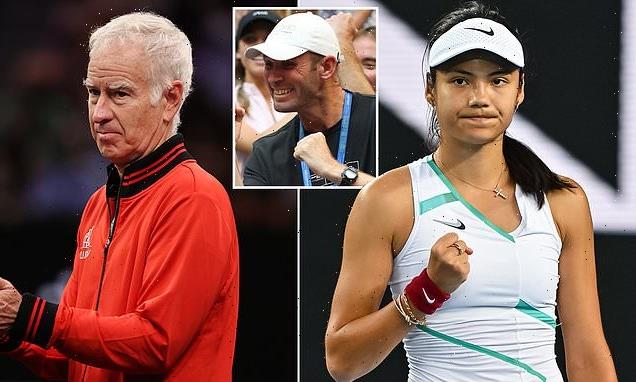 McEnroe aims another jab in Raducanu's direction on her coach decision

John McEnroe aims another jab in direction of Emma Raducanu, questioning why teenager sacked coach after her shock US Open triumph… and warns British No 1 to ‘be careful’ with off-court opportunities amid newfound fame

John McEnroe has questioned Emma Raducanu’s decision to switch coaches – just over six months after the outspoken American insisted her Wimbledon debut ‘got a little bit too much.’

Three-time Wimbledon winner McEnroe was criticised in some quarters in July when, after Raducanu retired while playing in the last 16 of her first Wimbledon, he insisted the occasion had overawed the teenager.

Since then, the Brit claimed what McEnroe described as an ‘astounding’ Grand Slam victory at the US Open, winning ten matches without dropping a set, but opted to replace coach Andrew Richardson with experienced German Torben Beltz shortly after.

When asked by Sportsmail what he has made of Raducanu’s rapid rise since his comments last summer, McEnroe said: ‘Expectations have now been ramped up in an unbelievable way.

‘It’s going to take some time to see how she handles it, I’m sure at times it’s overwhelming.

‘It was overwhelming for her at Wimbledon and then she had this magical run (at the US Open). I don’t know why she then decided to change coaches… you would think if a coach took her to the US Open Championship that you wouldn’t say that I need a new coach.’

The 19-year-old lost in the second round of the Australian Open last week, where she was foiled by a finger blister leaving her unable to regularly hit a proper forehand, but is still set to enter the world’s top-15 when the new rankings are published on Monday. 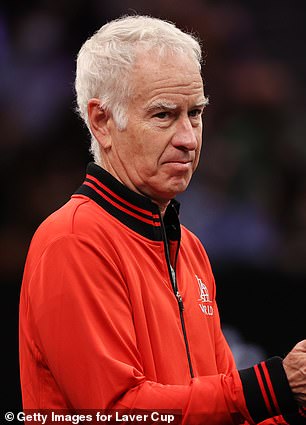 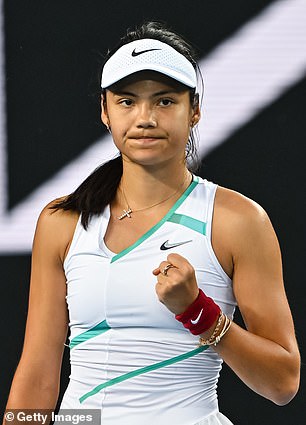 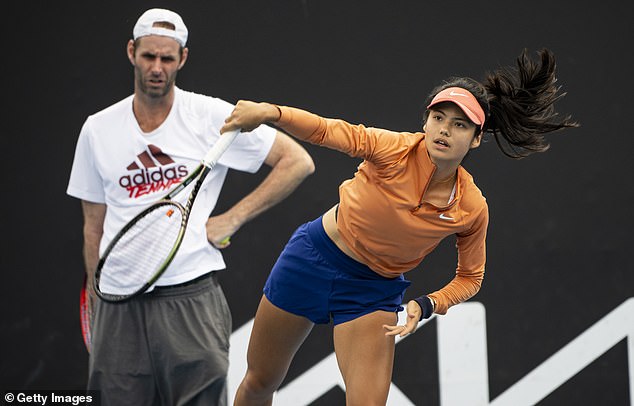 Raducanu left Australia earlier this week, saying on her Instagram she loved her experience Down Under, despite a chastening experience in Sydney where she won just one game against Elena Rybakina.

After an impressive first round win against fellow US Open winner Sloane Stephens, Raducanu can take plenty of pride in her performance-level in Melbourne, hampered but valiant in defeat against Danka Kovinic in round two.

McEnroe, despite another jab in Raducanu’s direction, insists he is ‘pulling for her’ as she embarks on her first full year on the WTA Tour.

‘It would be unbelievable if she’s around for the next 10 years doing well, that would be outstanding,’ he said. 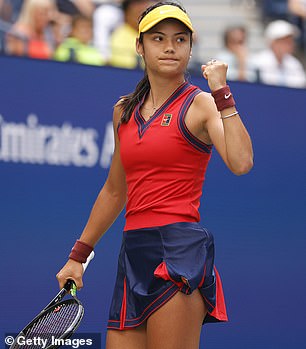 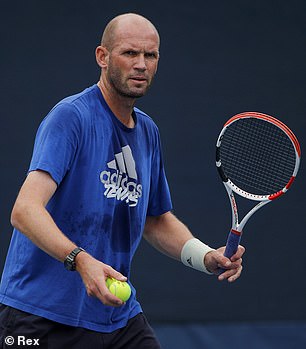 The teenager replaced the coach who guided her to her US Open triumph, Andrew Richardson

‘She seems like a sweet girl, she’s got game, charisma, she’s got everything! I’m pulling for her, it’s not going to be easy, I’m sure she’s trying to figure it all out right now.’

Yet McEnroe did have one stark word of warning for Radncanu, who since her triumph in New York has starred as an ambassador for Nike, British Airways and Evian amongst others.

Asked about off-court opportunities, Eurosport pundit McEnroe said: ‘They say everything in moderation, no matter what it is. I’m not sure she should be lambasted over it.

‘But she should be careful with that because obviously she has opportunities to do that and you don’t just go “I’m going to do everything.” Of course not.

‘Their management team would be foolish to suggest that. Take it what one step at a time. Remember why you’re getting these opportunities, because you’re a great tennis player and you won the US Open.’ 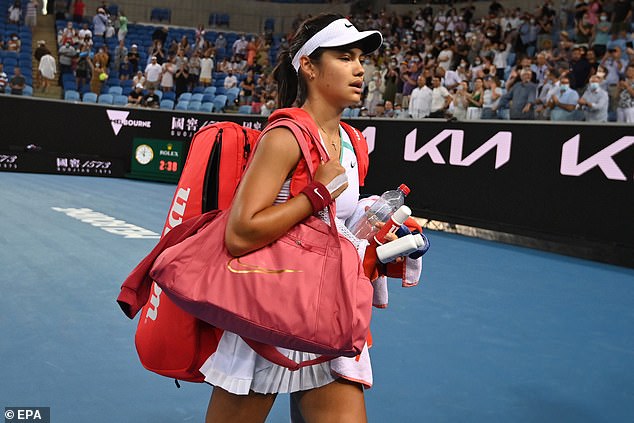 Raducanu now embarks on her first season on the WTA tour, likely with a career-high ranking

Meanwhile, McEnroe also had his say on the ever-divisive figure of Nick Kyrgios, who reached the final of the men’s doubles overnight alongside compatriot Thanasi Kokkinakis.

While Kyrgios’ bombastic and charismatic appeal has sparked raucous crowds in Melbourne, he was branded an ‘absolute k***’ by quarter-final opponent Michael Venus after a tennis ball he struck hit a child in the stands.

McEnroe, a similarly thunderous competitor in his hay-day, agreed with the Australian’s comments earlier this week that tennis has a problem ‘accepting different personalities in the sport’. 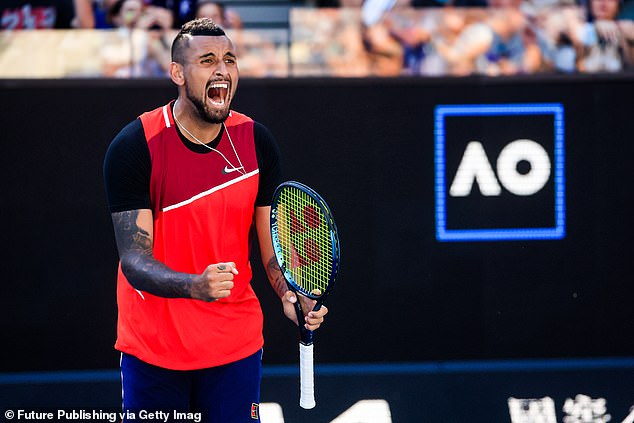 On the flip side, the seven-time major winner pleaded with Kyrgios to get his house in order on the court, even if it’s just for a year on tour.

‘I would ask Nick to do just one thing because I like Nick, he’s a good kid and players like him and obviously the fans love him.

‘My only request: “please Nick, because it would be absolutely incredible, please go out and give the type of effort that Rafael Nadal gives. For one year. How about one tournament? Maybe one match? You give that type of effort.”

‘And we’ll all be better for it, including I believe him. Because he’s a hell of a talent and I think it would be amazing.’

Who is WSAZ reporter Tori Yorgey?