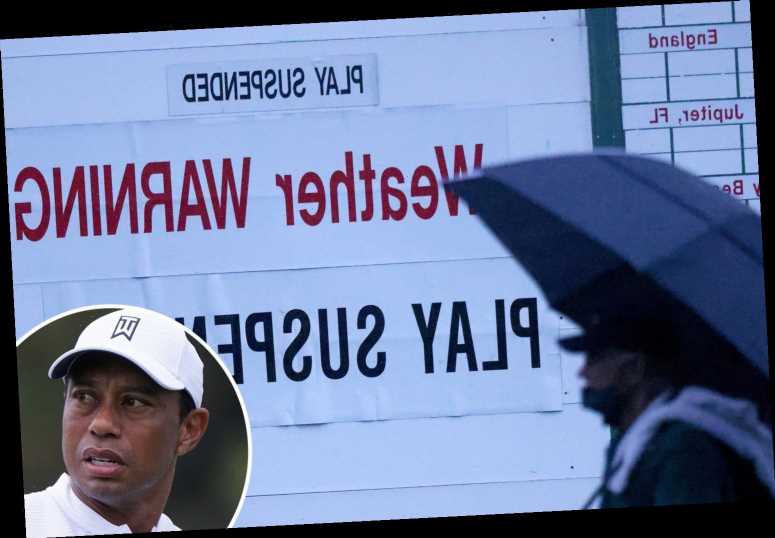 THE Masters finally got under way today after a delay of seven months and ten minutes – but was on hold again in less than half and hour later.

With golf's biggest major already behind schedule due to the coronavirus pandemic, the likes of Tiger Woods will need to wait a little longer until they can tee off. 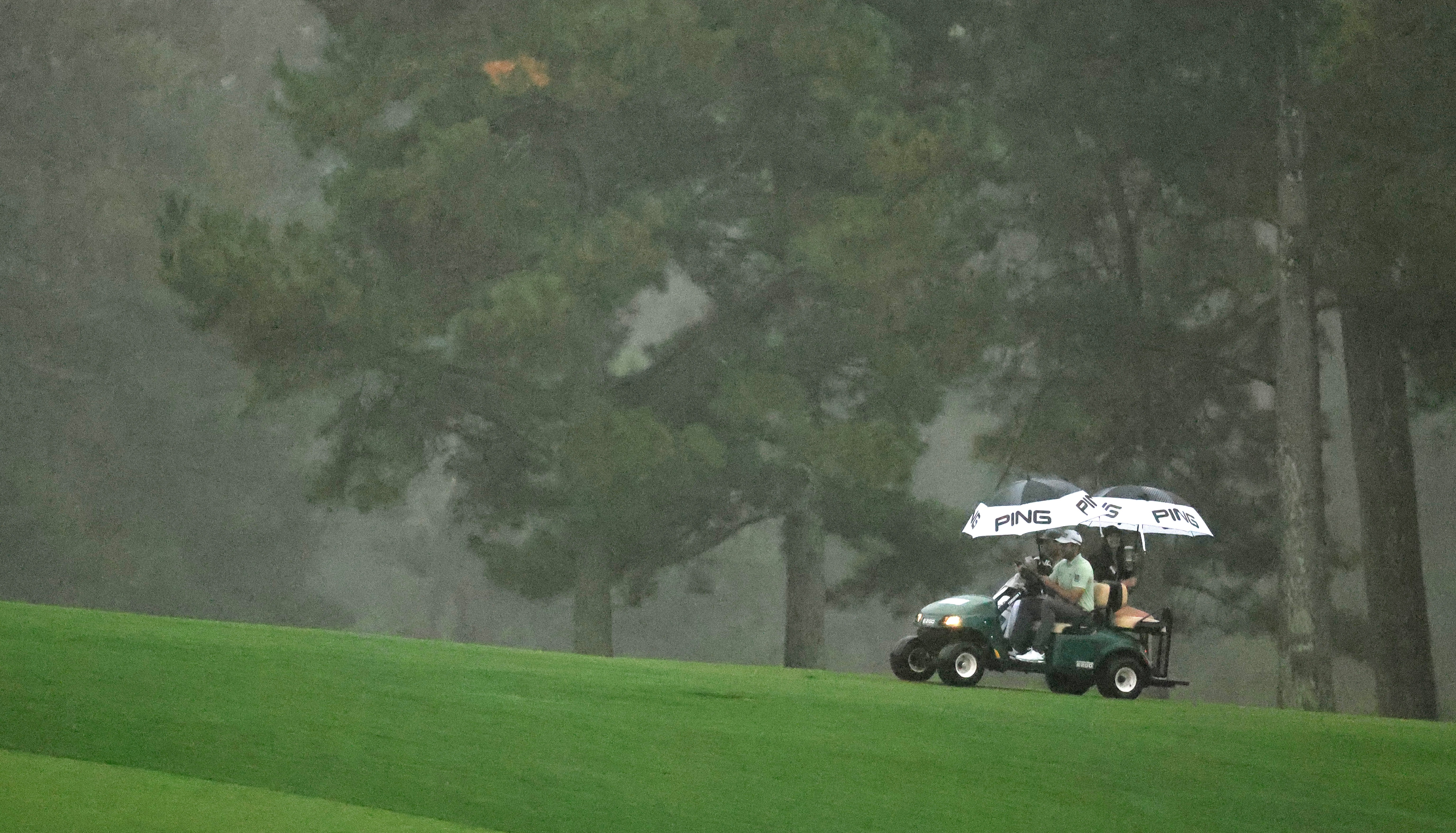 But even as the fog cleared, the skies were getting darker and it was clear the thunderstorms that were forecast to hit Augusta this morning were gathering fast.

And it wasn't long before the klaxon sounded, and the players were taken off the course.

It frustrated golf fans who managed to get in just ten minutes of viewing action before it was postponed.

The storm is expected to last for the majority of the morning meaning play won't be able to continue until around 5pm UK time (12pm local).

It is likely to mean that players such as Rory McIlroy may have to finish their first rounds on Friday throwing the schedule into disarray.

The Northern Irishman is one of the final groups to get his round underway with a scheduled 5:10pm tee time.

Woods, who is defending the green jacket following his historic comeback in, was due to tee off at 1:05pm while tournament favourite Bryson DeChambeau at 12:43. 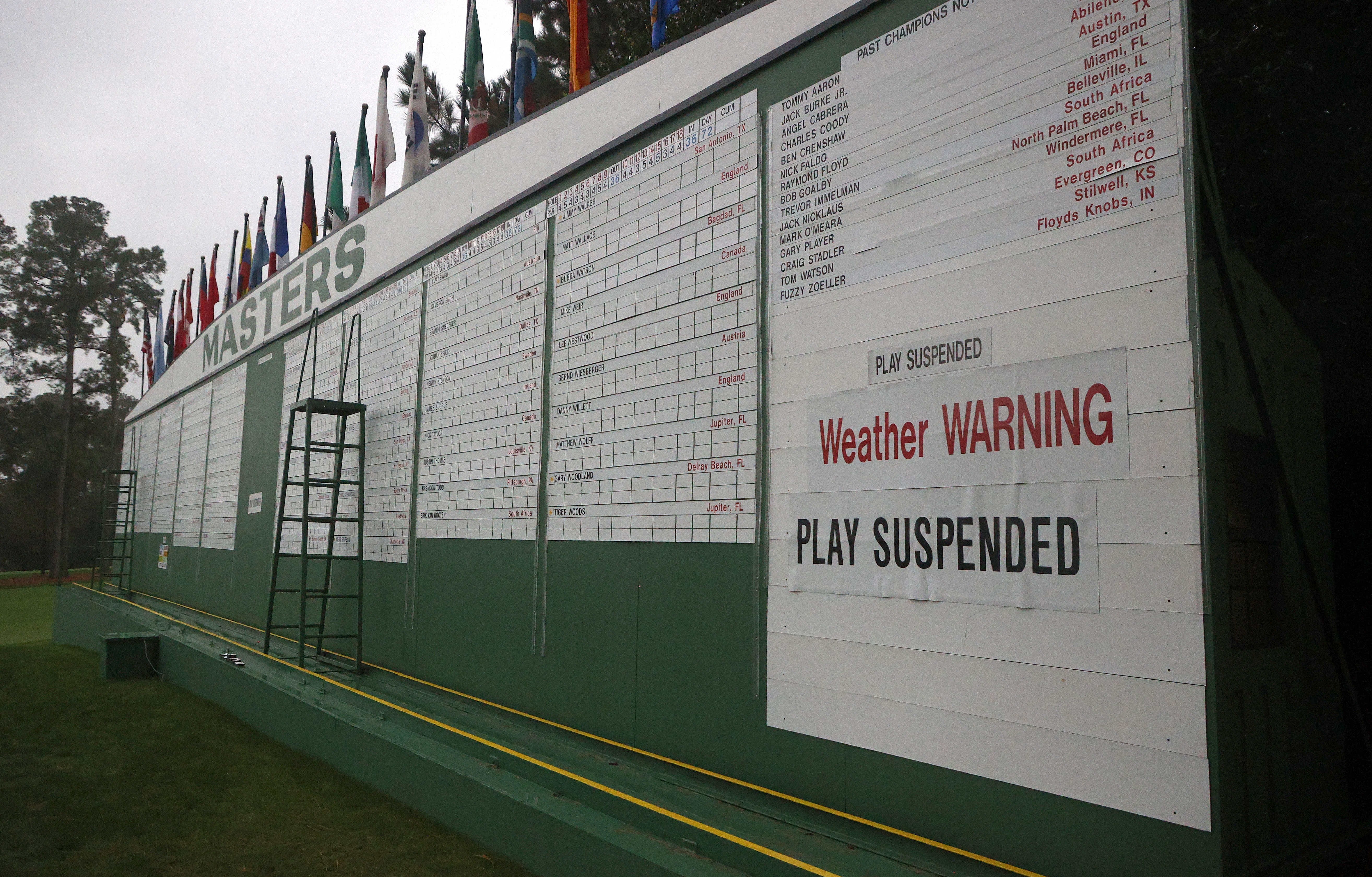 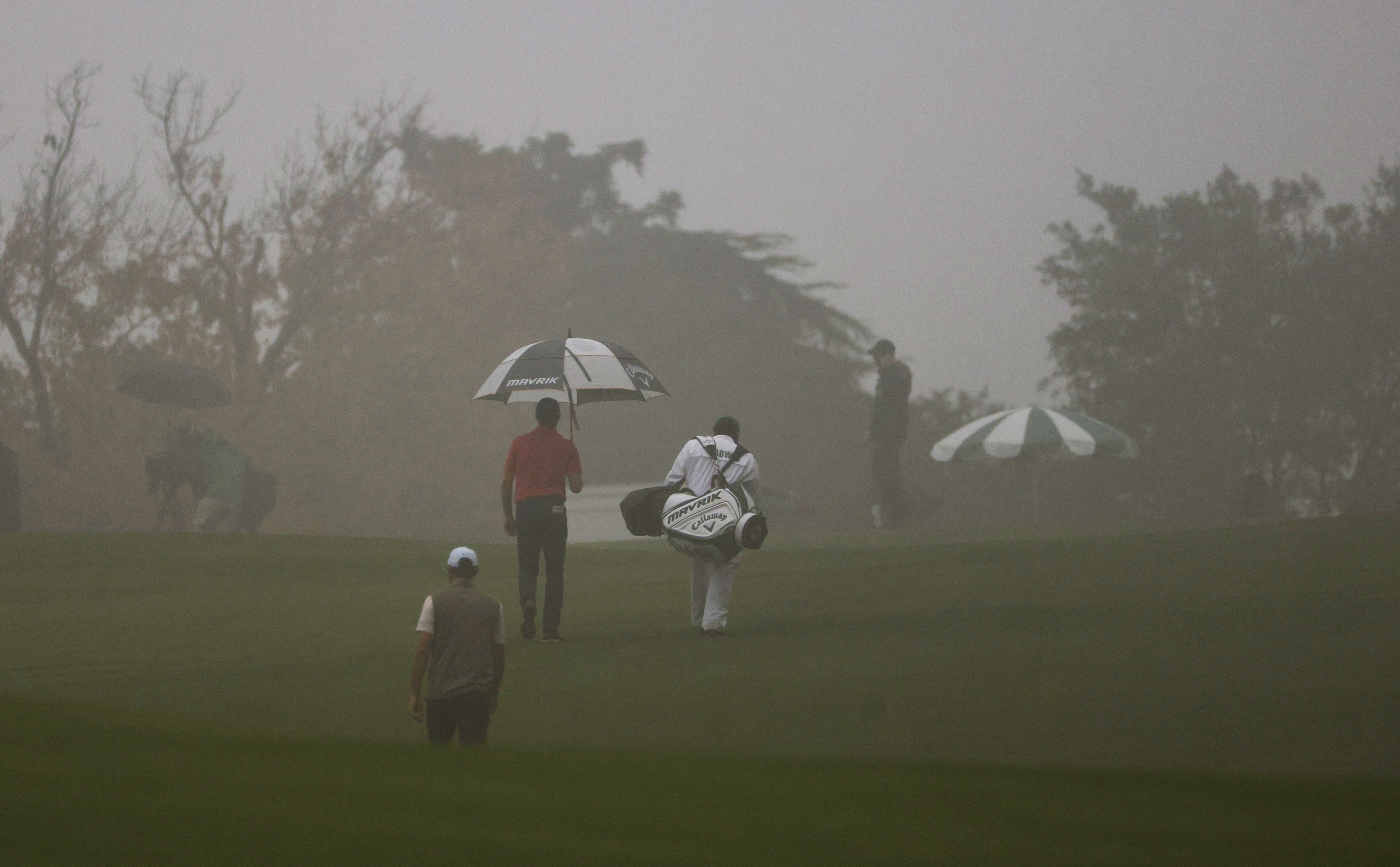 Some groups are being forced to start their rounds on the back nine with the sun setting around 11pm (6pm local time).

The outlook for the rest of the day, and the rest of the tournament, is far brighter. And the sub-air system used to suck moisture out of the greens means Augusta will be ready to resume play quicker than most courses.

The two tee start saw 1988 champion Sandy Lyle hit the first shot on No 10, while Lucas Glover of Australia drove off on the first.

Scottish ace Lyle, 62, knocked his ball respectable 272 yards down the fairway, while Glover also found the short stuff, 291 yards from the tee.

But Lyle could only manage a bogey – underlining the difficulty of starting on a hole that has proved the toughest of the lot at Augusta.

Glover managed a par, along with four more players who started on No 1, and could phone home to tell his family and friends Down Under that he on top of the Masters leaderboard!