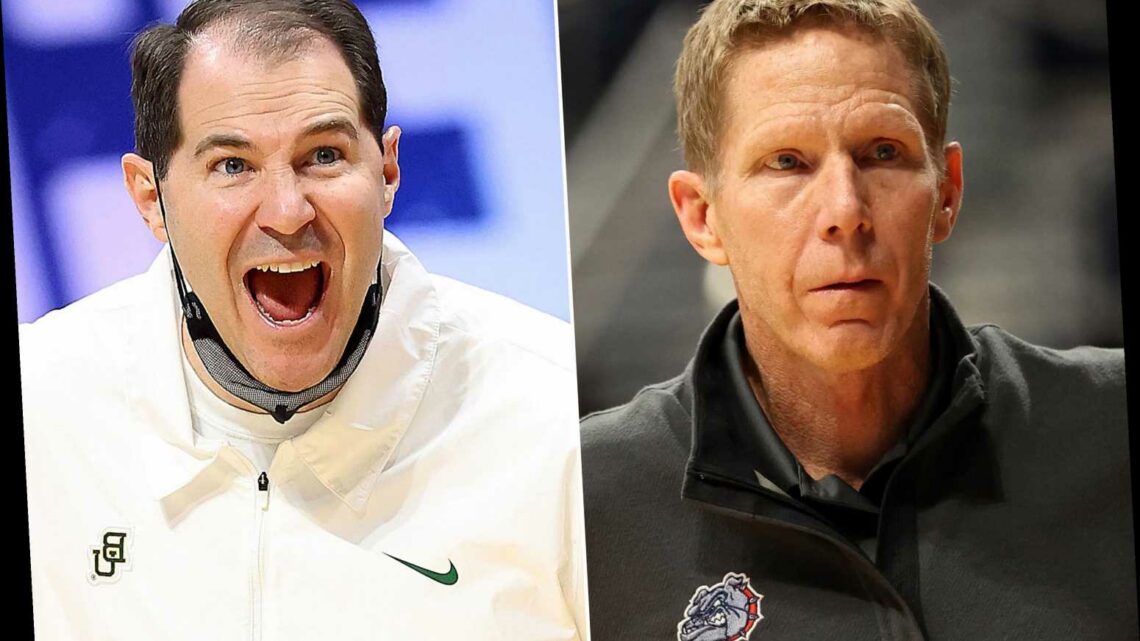 What St. John's must do to become Top 25 team

St. John's in for crucial week that could tell us a lot

The talk of the tournament has revolved around all the upsets, the Pac-12’s dominance and the Big Ten’s failures. But for all the surprises and unexpected survivors, a third of the way through March Madness has given us one narrative that dates back to January.

Gonzaga and Baylor are clearly the two best teams in the country, and there may not even be a close third.

The No. 1 Zags won their two tournament games by a combined 59 points. The No. 1 Bears won their two by 37. They both faced quality second-round opponents — Gonzaga drew No. 8 Oklahoma and Baylor drew No. 9 Wisconsin — who played well and still had very little chance of pulling the upset.

Gonzaga and Baylor are a combined 52-2 this season. Baylor’s two losses were at least in part due to the team having a three-week COVID-19 pause.

It’s hard to see Gonzaga, which will meet No. 5 Creighton in the Sweet 16 followed by the No. 6 USC/No. 7 Oregon winner, losing before the Final Four. Baylor’s road is a bit more troublesome, with a potential Elite Eight matchup with No. 3 Arkansas.

It wouldn’t be a surprise to see both teams cruise into the final weekend without getting pushed to the wire.

Below are some other storylines to follow for the second weekend:

Most of the top local players have been eliminated, but there are still a few to keep an eye on, such as Syracuse wing Allan Griffin of White Plains and reserve guard Kadary Richmond of Brooklyn.

The player from the area who can make the biggest impact, however, is Jahvon Quinerly. The Hackensack, N.J., native was a five-star recruit who struggled as a freshman at Villanova. He sat out last year after transferring to Alabama and has become a key part of the second-seeded Crimson Tide, getting better as the year has gone on. He came up big in the second half against No. 15 Iona and destroyed No. 10 Maryland in the second round, scoring 14 with an Alabama season-high 11 assists.

Quinerly, the Tide’s second-leading scorer, has lately performed like the prospect that was so coveted coming out of Hudson Catholic High School.

Yes, there are four double-digit seeds remaining, the most since 2011. But there is just one Cinderella: No. 15 Oral Roberts.

No. 11 Syracuse, No. 11 UCLA and No. 12 Oregon State are power conference teams that have played very well the last few weeks, and are no cuddly underdogs. The Summit Conference champion, meanwhile, is the lone feel-good story left. It’s star, 6-foot-1 guard Max Abmas, was a two-star recruit who had just four Division I scholarship offers, and leads the country in scoring. It is just the second 15-seed to reach the Sweet 16. It was the fourth seed in the Summit Conference Tournament.

One of the best storylines of the tournament has been the emergence of Buddy Boeheim. He was lights out in torching No. 6 San Diego State in the first round, but even better against No. 3 West Virginia two days later. Jim Boeheim’s son, who has gone from a 3-point specialist as a freshman to all-around game-changer now, torched the Mountaineers when the game was on the line after struggling early on. In two tournament games, he’s averaging 27.5 points per game and has made 13 of 23 3-point attempts.

Now comes an even greater test: No. 2 Houston and AAC Defensive Player of the Year DeJon Jarreau. The Cougars are ranked 11th in defensive efficiency and feature athletes with length that will test Buddy Boeheim.

I didn’t list Loyola Chicago as a Cinderella for a reason. That description doesn’t fit. The Ramblers may come from the mid-major Missouri Valley Conference, but they hardly resemble a mid-major program. They have already overwhelmed two high-major schools, beating No. 9 Georgia Tech by 11 in the opener and outclassed No. 1 Illinois, one of the pre-tournament favorites, on Sunday. Sister Jean and Co. are here because they are incredibly well-coached, elite defensively and experienced, led by seniors Cameron Krutwig and Lucas Williamson, contributors on the 2018 Final Four team. Porter Moser’s team is my favorite right now to reach the Final Four in the blown-open West Region.

The Pac-12’s dominance was one of the stories of the opening weekend. The conference went a stunning 9-1, with only No. 5 Colorado bounced. It had just one team — USC — ranked in the final Associated Press poll of the regular season, and now has a tournament-high four teams in the Sweet 16. USC and Oregon meet in a West Region semifinal, so the conference will have at least one Elite Eight team. I wouldn’t bet on any more, though.

UCLA will have its hands full with Alabama, and Oregon State will be an underdog against Loyola Chicago. These are not good matchups for either team. The dream run may be coming to an end.