Home » Sport » Manchester United: What next for David de Gea and Paul Pogba? 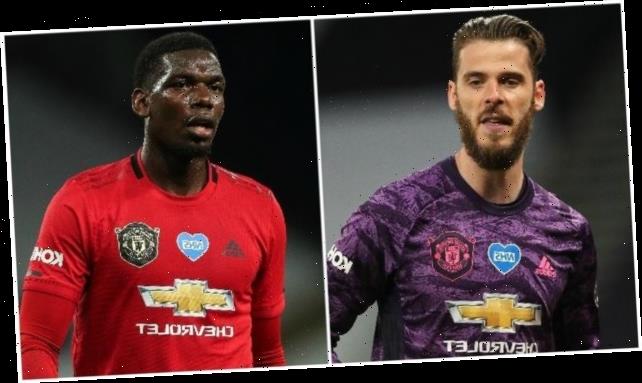 Manchester United: What next for David de Gea and Paul Pogba? 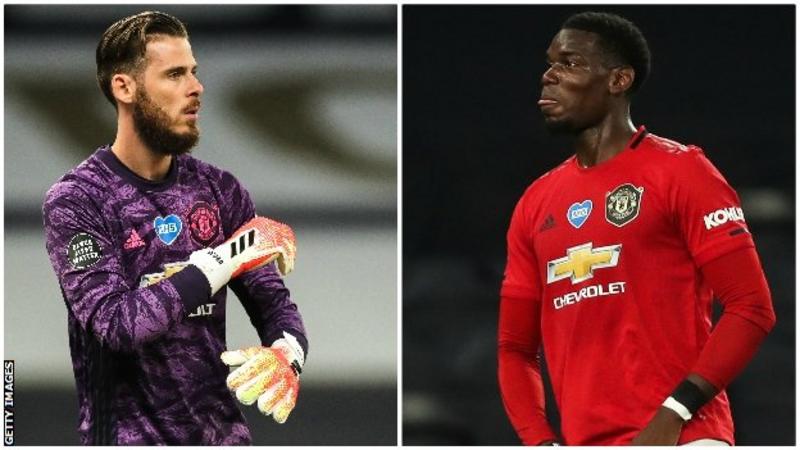 Paul Pogba delivered a moment worthy of a packed house and loud acclaim – but it was still of great significance for Manchester United even though it came amid the empty seats and echoing atmosphere of Tottenham Hotspur’s vast new home.

And yet the sleight of foot he showed nine minutes from time, shifting the ball from left to right in an instant and tempting Eric Dier to bundle him clumsily to the ground, was the decisive moment in United earning a point that may yet be crucial in manager Ole Gunnar Solskjaer’s pursuit of Champions League football next season.

The fact that the resulting penalty was put away with confidence by Bruno Fernandes, equalising Steven Bergwijn’s first half effort in this 1-1 draw, only added another layer to the puzzle Solskjaer must now solve.

In fact, as Solskjaer left north London after his and United’s first experience of domestic football behind closed doors, the latest step in the Premier League’s ‘Project Restart’ in the global Coronavirus pandemic, he had two key questions to mull over on the journey home.

Media playback is not supported on this device

The first centres on how he can achieve the right balance, and in Pogba’s case press the right buttons, to establish a mouth-watering and highly potent partnership with Fernandes.

The second is to reflect on yet another example of the uncertainty and errors that continue to grip goalkeeper David de Gea’s game.

Make no mistake, there is a world-class talent locked in this tall and powerful figure, but previous inconsistencies and the general noise around him mean a note of caution must always accompany any suggestion that he is on the point of finally cracking it on a consistent basis at United.

What no one can doubt is his ability.

If his work to win the penalty was clever, a half-volley right-foot pass hit over long distance to find Marcus Rashford with five minutes left was a work of genius.

It certainly met with the approval of those fortunate few of us gathered in the giant arena on the latest night of ‘the new normal’, when Seven Sisters Road and Tottenham High Road were no longer a throng of thousands of fans and a cacophony of noise they normally become when Spurs are at home.

Pogba demonstrated the difference he can make when introduced as a 63rd minute substitute, if not exactly transforming a previously listless United then at least giving them impetus, threat and drive.

These games may be played in front of 300 people or even less in the remaining weeks of this season but the stakes are high amid the eerie silence.

They certainly were here for both United and Spurs. 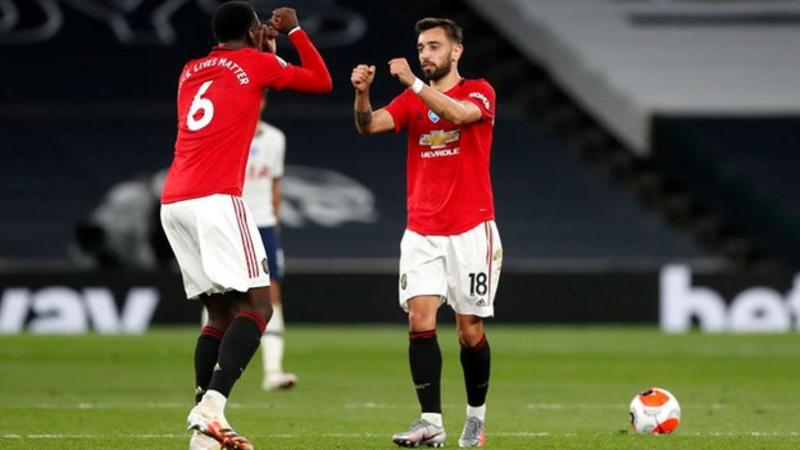 If Pogba can repeat what he showed on Friday night, dismissing the persistent transfer talk and outside criticism, then he can be a pivotal figure in these closing weeks, especially in tandem with the club’s new golden boy Fernandes.

Fernandes was excellent again, although he was rightly denied the chance to give United victory in injury time when VAR overturned an awful decision by referee Jon Moss to award another penalty when he simply collided with Dier.

The Portugal star has still been directly involved in six Premier League goals, three goals and three assists, since his debut in February following his move from Sporting Lisbon, two more than any other player in that time.

The pair were able to spare the blushes of De Gea who rightly had the finger of blame pointed in his direction for Bergwijn’s 27th-minute opener.

Yes, the shot carried weight but it was adjacent to De Gea at a comfortable height and he did little other than deflect it on its way into the roof of the net.

It was very poor for a keeper of such reputation and was another sign of the fallibility and flaws that are simply appearing too often in his game.

Just before this campaign went into cold storage, De Gea produced a calamitous error at Everton when his clearance flew in off Dominic Calvert-Lewin in a 1-1 draw.

There simply has not been his usual air of certainty around De Gea this season. In fact he has not been at his best for some time.

And there is now an added factor for Solskjaer, and more pertinently De Gea, to consider. 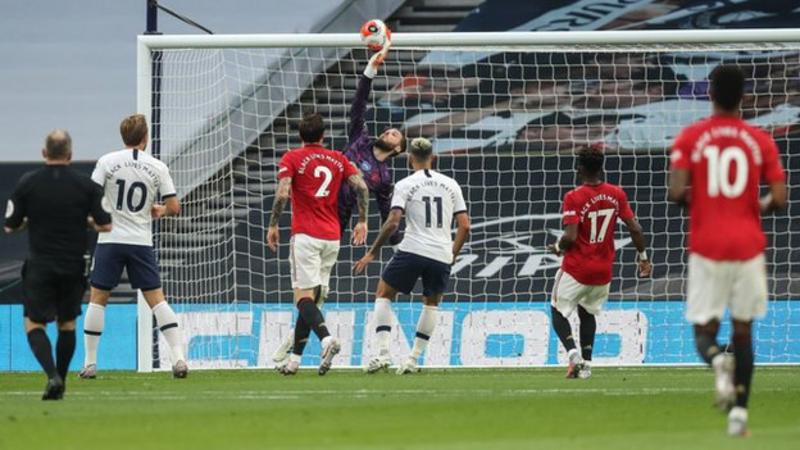 While no-one is suggesting De Gea is in danger of imminent demotion, a glance across The Pennines to Sheffield United hints at the rich potential being shown by Dean Henderson, on loan there from United.

Sergio Romero is an able deputy but not a long-term threat. Henderson will be if he maintains his progress. He is certainly offering Solskjaer food for thought for next season, if only to apply even more pressure on De Gea.

De Gea needs to up his game back to his previous standards (although he did make a fine save from Heung-Min Son’s header just after his error) not just for United’s good but to actually justify his long-standing reputation as one of the best in the world.

The Spaniard’s form, albeit in only one game back, must improve.

The result here was ultimately more satisfactory for United than Spurs – and that cameo from Pogba will give Solksjaer plenty to ponder as he plots a route back into the Champions League.