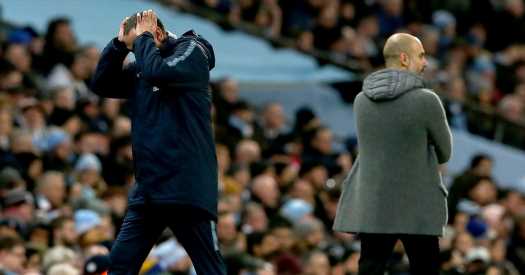 Manchester City Delivered a Lesson. Will Chelsea Learn This Time?

MANCHESTER, England — As he trudged, wordlessly, away from the field, away from the crowd, away from the burning humiliation, Maurizio Sarri looked like a man who knew. He is not the first in his position to have worn that look, to have made that walk, to sense that, sooner or later, Chelsea has a decision to make.

In these circumstances, that ordinarily means only one thing. Historically, when Chelsea is presented with the choice of whether to fire a manager or not, it tends to act as if it has no choice at all.

Abramovich has been through 13 permanent managers since he arrived in English soccer in 2003. By this stage of this season, Abramovich — or, more pertinently, those who run Chelsea at his behest — knows the signs. Not just the obvious ones: the back-to-back collapses away from home, first at Bournemouth and now in Manchester; the inexorable slide down the Premier League table, initially out of the title race and now, usurped by a resurgent Manchester United, out of the Champions League qualifying places.

There are the subtle ones, too: Not once, but twice since the turn of the year Sarri has criticized his players publicly, questioning both their mentality and their motivation. After a 2-0 defeat to Arsenal last month, he took the unusual step of making his public comments through a translator, just in case he could not find quite the right phraseology as he laid bare his complaints about his squad. 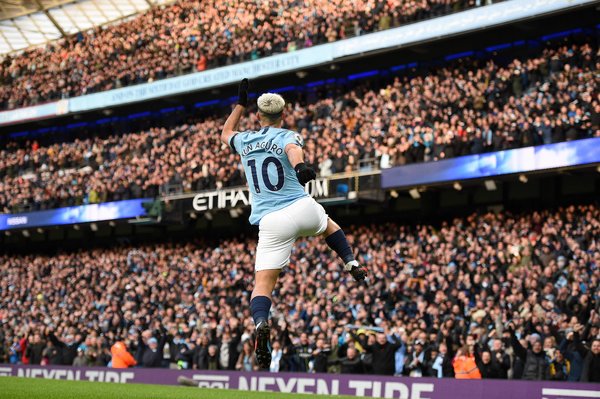 It is a risky strategy, one with the air of a final throw of the dice. It is telling, then, that there has been no visible uplift in performance since Sarri’s public intervention; if anything, things are getting worse. Chelsea has still not scored a Premier League goal away from home in 2019; Sarri’s team was, if anything, somewhat fortunate only to concede six on Sunday.

That, too, does not bode well. When he arrived from Napoli — belatedly, after a long legal tussle between Chelsea and his predecessor, Antonio Conte, that is still not resolved — Sarri warned that his methods were sufficiently bespoke that the players might need some time to adapt to them. There would be, he admitted, teething troubles.

Curiously, they were not immediate. Chelsea hit the ground running. Eden Hazard declared himself delighted to be playing — at last — for a manager who prioritized attacking soccer, who might let him have the “fun” he seeks.

The problems came later, Sarri’s prediction coming good on a satellite delay and the season slowing to a halt as winter set in. It is as if Chelsea’s players have unlearned what Sarri taught them, as if they tried his way for a while and then decided, actually, no, this wasn’t right for them.

This is familiar ground at Chelsea: the manager and the players drifting apart, the words no longer seeming to carry weight, the instructions and ideas not quite cutting through. The same thing happened to José Mourinho, in 2015, and then to Conte, last year. Everybody knows how the story ends; it is not with the players moving on.

Sarri, judging by his demeanor at the final whistle Sunday, recognizes that. This is the sort of result, he will know, that brings with it immediate jeopardy, that provides compelling evidence to support his dismissal. There is, though, an equally convincing case to be made for precisely the opposite, an argument that might make Chelsea pause, even as it begins to prepare the severance check.

It runs like this: Manchester City has what Chelsea has always craved — not just success, but sustained success, consistent success, an unwavering direction. More than that, it has a distinctive, immediately apparent style, an enviable character and identity, a devastating beauty.

It is not that Chelsea has not been successful, of course: Abramovich has brought five Premier League titles to Stamford Bridge, one Champions League crown, and more F.A. Cups than anybody would want, too. Chelsea still outstrips City, the two great transformative clubs of modern English soccer, in terms of honors won.

But Chelsea’s has been a boom-and-bust kind of success, bountiful years followed invariably by fallow ones — one that is the result not so much of a carefully crafted plan but of the harnessing of chaos. It has long seemed fragile, somehow.

City’s is different. City has had a little chaos in its time too, of course — the firings of Mark Hughes and Roberto Mancini, the existence of Carlos Tevez and Mario Balotelli — and its prominence was hard-won, just a little slower than many might have expected given the riches injected into the club by its Emirati benefactors.

But now, a little more than a decade since their arrival, the path is set. City may not win the Premier League title this year — this victory showed just how well Liverpool and Tottenham have done to keep pace with Pep Guardiola’s team for this long — but it will at least come close. It will be the favorite to lift the trophy again next year, and the year after that. It is hard to imagine City slipping to sixth in the near future.

That is a consequence of the amount of money spent on the club, but it is also testament to the way that money has been spent: building a team that is capable of playing the sort of soccer Guardiola preaches, that rival players — and fans — look on with envy, that takes the breath away.

That is what Abramovich has always wanted for Chelsea. It is why he pursued Guardiola for so long, why he appointed André Villas-Boas in 2011, supposedly cut from the same cloth, and why he brought in Sarri last summer.

It is not just a latent aestheticism, it is also an economic argument. The sort of identity that City has brings results; not always, not every year, but over the long term. It helps lure new signings, and it pinpoints who, precisely, those players should be. It staves off the need to fire managers every year or so, to rip up the blueprint, to start again by scouring the transfer market for new players or asking old ones to learn new tricks. A defined identity staves off the turmoil of a poor run of form, of a disappointing season — the difference between a detour and a road to nowhere. It means there can be certainty where otherwise there may be doubt.

The problem, of course, is that it takes time. Even Guardiola, as it turned out, needed a year to shape City into what he wanted it to be, and that was with a team that had been built with him in mind, long before he joined. It requires patience, and understanding. It cannot be conjured over a summer, or over a season. It does not materialize if you keep firing your manager.

That, then, is the choice that Chelsea faces. Fire Sarri, and the boom-and-bust cycle will be prolonged. And perhaps that would be the right decision: Perhaps he is too inflexible to succeed in England; perhaps what he achieved at Napoli cannot be repeated; perhaps his tactics have been worked out by opponents, and he has nothing more up his sleeve.

At some point, though, Chelsea will have to do the opposite. It will have to stick with someone, to accept that time is just as important as money, to go through a fallow year in the hope that bounty follows. It wants what City has. To get it, it must start to do what City does.