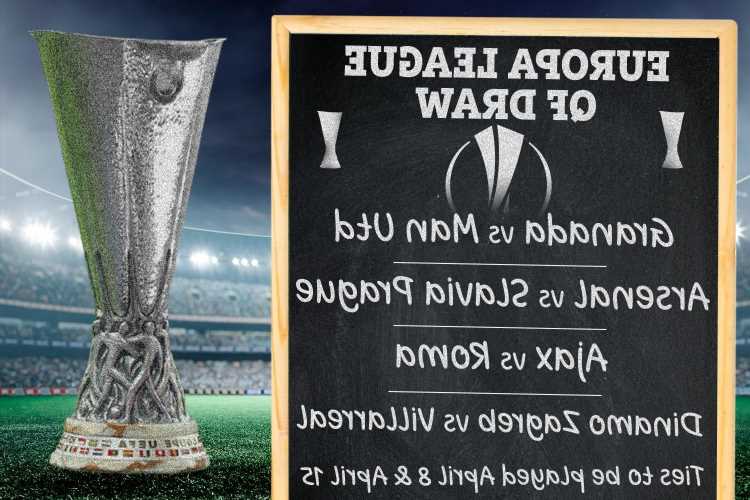 And the Prem giants are in opposite sides of the draw – keeping alive the prospect of an all-English final in Gdansk on May 26. 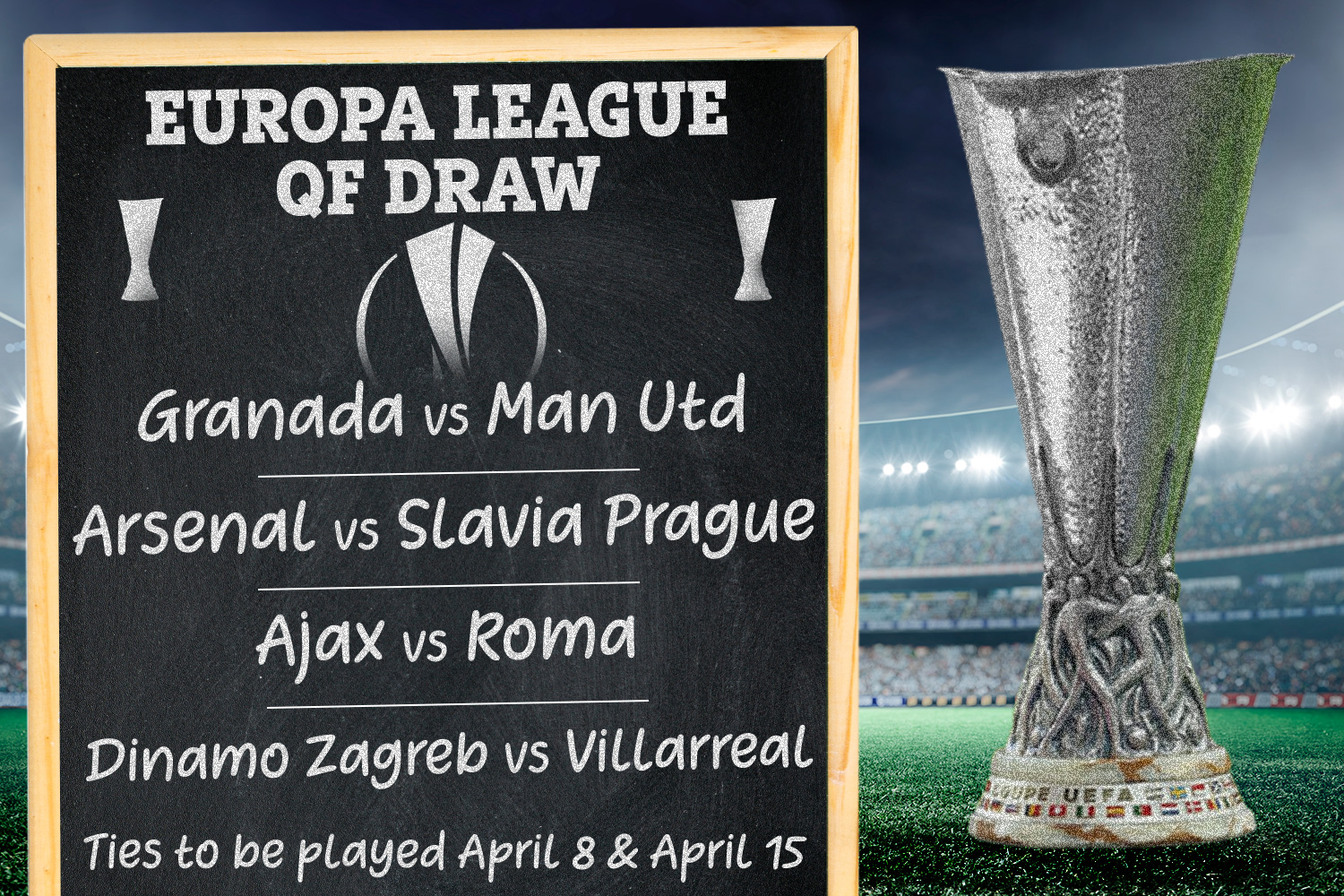 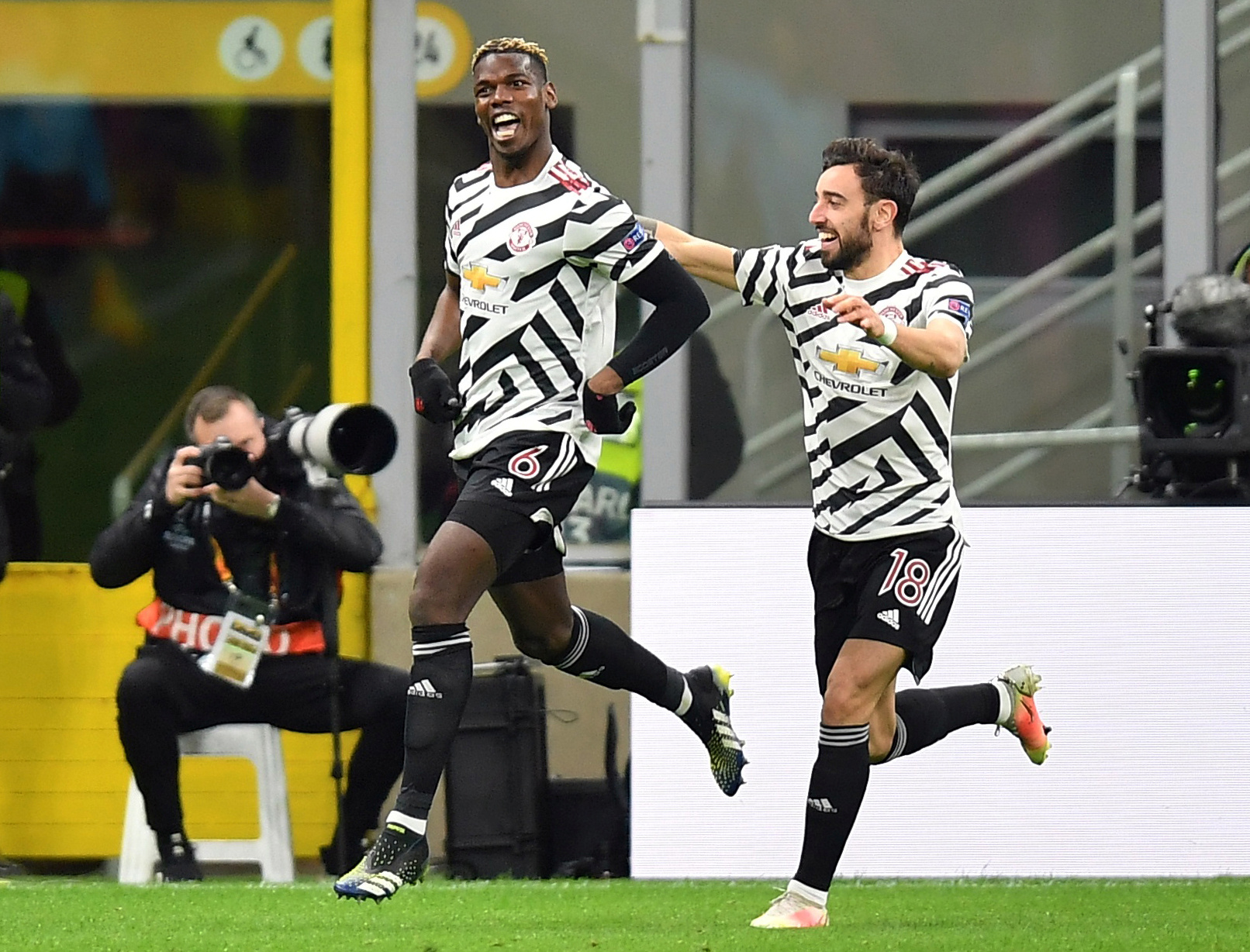 Ole Gunnar Solskajer's side saw off AC Milan thanks to Paul Pogba's winner to book their place in the last eight – and they were rewarded with a match-up against Granada who are enjoying their first ever European campaign.

Pogba came off the bench at half-time and it took just three minutes for the Frenchman to mark his comeback from a thigh problem with a crucial goal.

United held on to secure a 2-1 victory on aggregate after Simon Kjaer's stoppage-time equaliser at Old Trafford had kept the tie in the balance.

Mikel Arteta's men scraped through despite losing 1-0 to Olympiacos in the last 16 second leg at the Emirates.

Pierre-Emerick Aubameyang returned to the side after being axed for rocking up late to the North London derby.

But the Gabonese star's wasteful finishing was partly to blame for defeat on the night as Youssef El-Arabi netted a 51st minute winner.

Arteta's side went through 3-2 on aggregate courtesy of the 3-1 triumph in the first leg – gaining revenge after they were dumped out by their Greek opponents last season.

The Gunners will face Rangers' conquerors Slavia Prague in the last eight.

Granada or Manchester United vs Ajax or Roma

Dinamo Zagreb or Villarreal vs Arsenal or Slavia Prague

*To be played May 26 in Gdansk

Steven Gerrard's newly-crowned Scottish champs were dumped out by their Czech opponents after a 2-0 defeat on the night saw them go down 3-1 on aggregate.

The game at Ibrox was marred by huge controversy as the Gers finished the game with nine men and Rangers ace Glen Kamara claimed he was racially abused by an opponent during a heated flare-up.

United face a tricky tie against Ajax or Roma if they make it to the semi-finals.

Solskjaer's side crashed out in the last four against eventual winners Sevilla in the same stage of the competition last year.

And in the last quarter-final tie, Dinamo Zagreb – fresh from ending Spurs' hopes in the tournament – will face Villarreal.

The winner of that game will face Arsenal if Arteta's men can get past Slavia Prague.