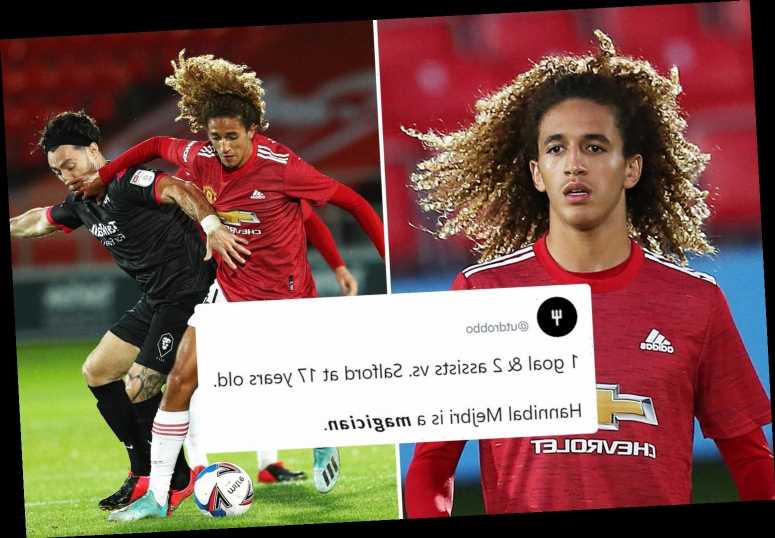 MANCHESTER UNITED'S kids put League Two Salford to the sword thanks to a star performance from Hannibal Mejbri.

The frizzy-haired Frenchman opened the scoring with a fine strike before setting up two more in the 6-0 rout.

The Red Devils snapped up Mejbri, 17, from Monaco last year in a deal reportedly worth around £9million.

Such a fee raised expectations of the midfielder and fans were again hyped about the prospect after this showing on Wednesday night.

Mejbri took control of an eighth-minute goal scramble to curl a stunning effort into the top-corner at Moor Lane.

A whipped free-kick from the teenager was then turned home by Mark Helm for 3-0, before Mejbri helped wrap up the scoring.

Arguably the pass of the night came from the Parisian, who slotted the ball through the defence for Anthony Elanga to run on and score.

The display left United fans dreaming of the prospect following in Mason Greenwood's shoes and making a first-team impact in the coming campaign.

One supporter's Twitter account stated: "This is why they let Gomes go. Mejbri will be incredible player for Utd and Ole perfect manager to bring him through. Expect him to get minutes in League Cup this season." 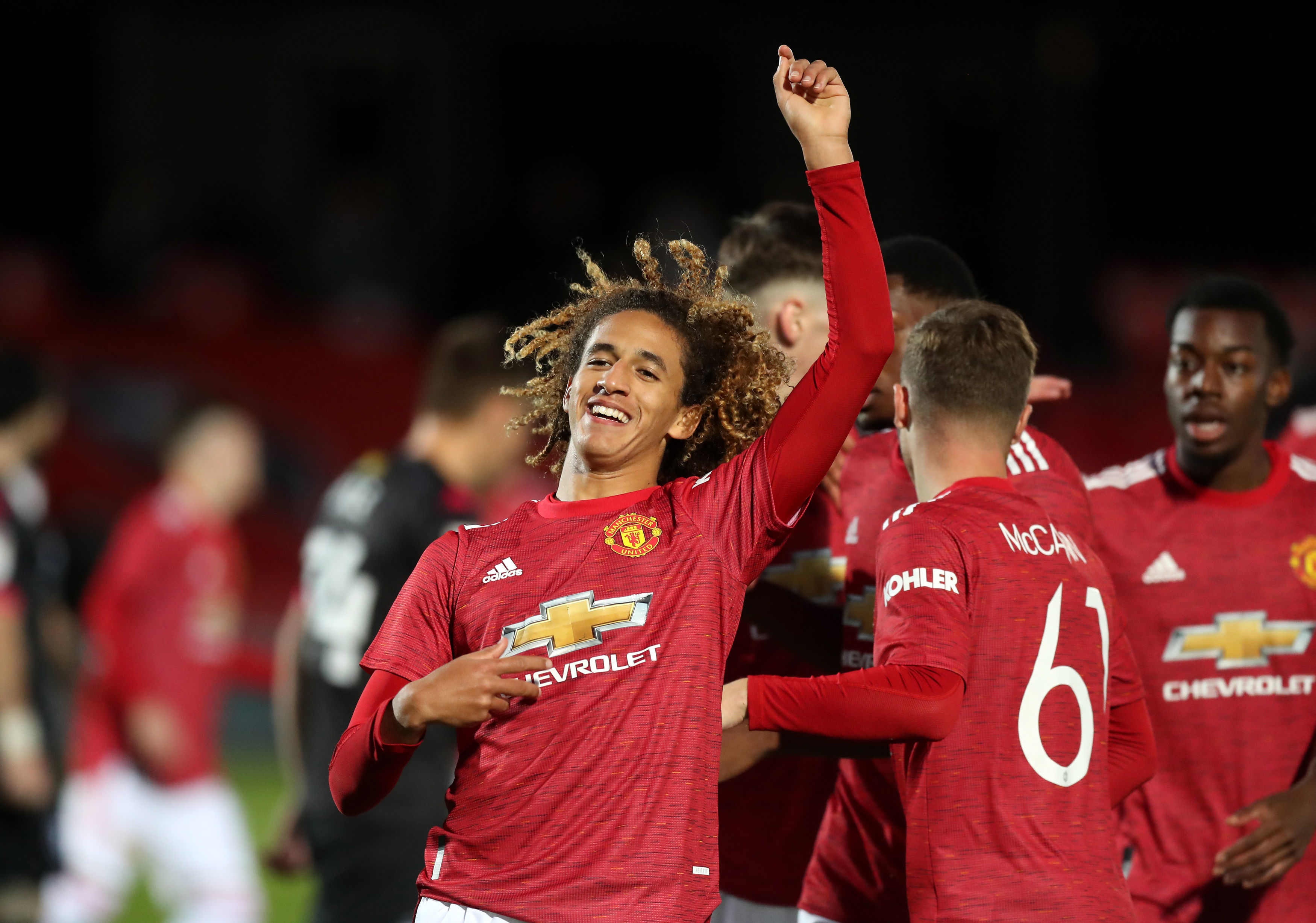 Another fan wrote: "You get the feeling that Hannibal Mejbri will be the next big breakthrough from the United academy. He was absolutely sensational against Salford City last night. Unreal talent."

And one Red Devil posted: "Imagine if Mengi and Mejbri have a Mason Greenwood 'breakthrough' season."

U23s coach Neil Wood has attempted to take the spotlight off the French starlet, although performances like this will make that a tough job.

Wood stated last month: "I think what you need to remember is Hannibal is still a young lad, he is only 17.

“He’s not long been here really, he is probably coming up to almost a first completed season if that.

“I think people get sucked into the price tag, and again that is not Hannibal’s fault.

One C'ship may be back in October