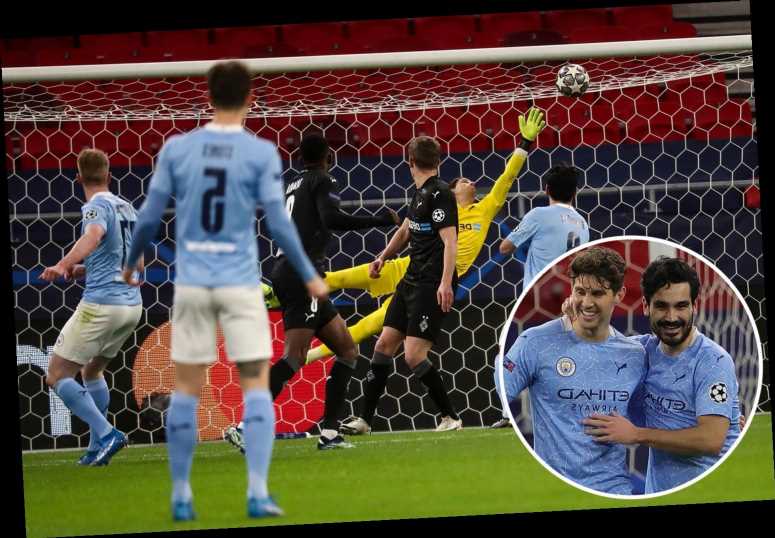 Pep Guardiola did not like Oleks Zinchenko talking up the quadruple – as he insists they will have too much on their plate this spring. 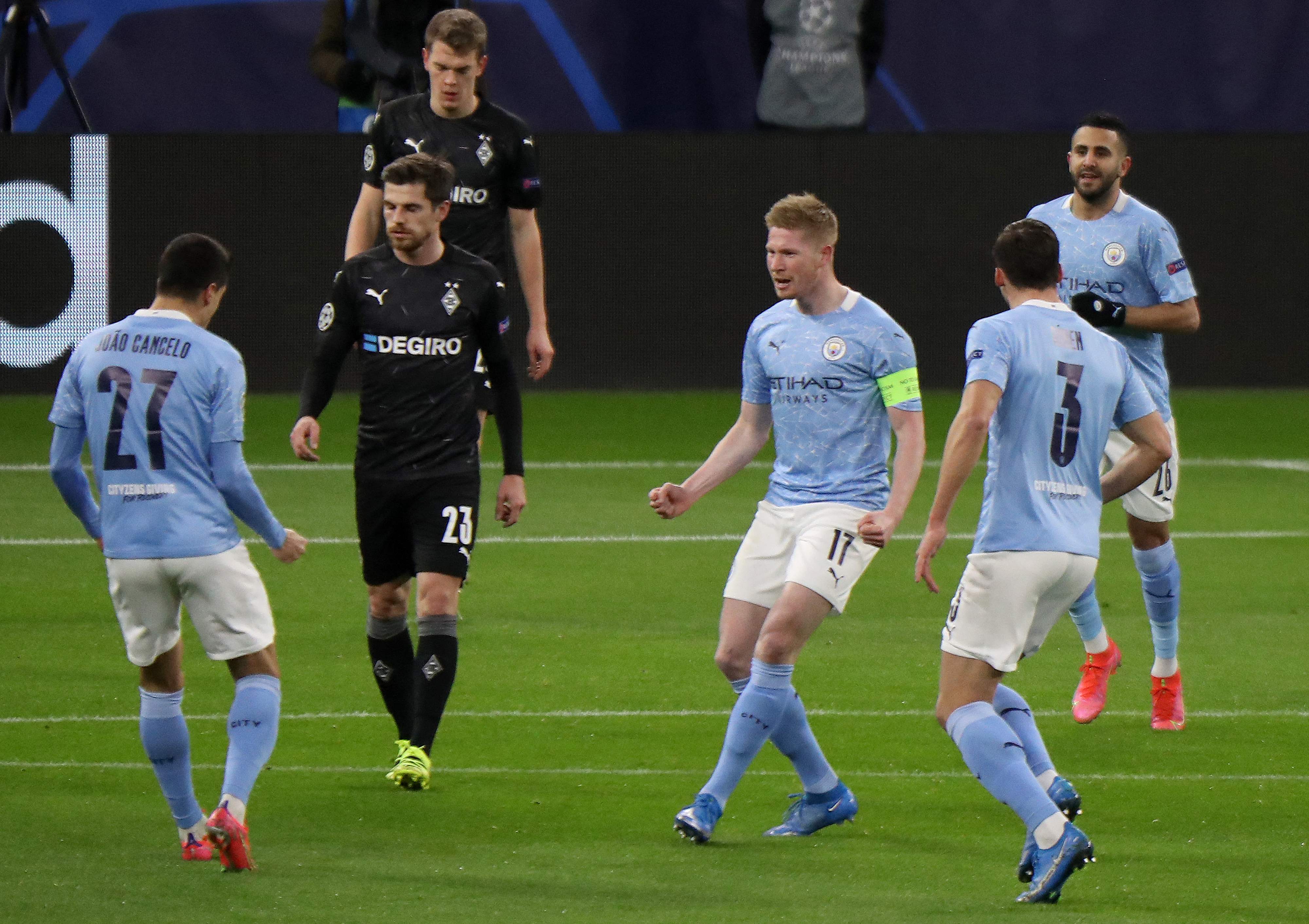 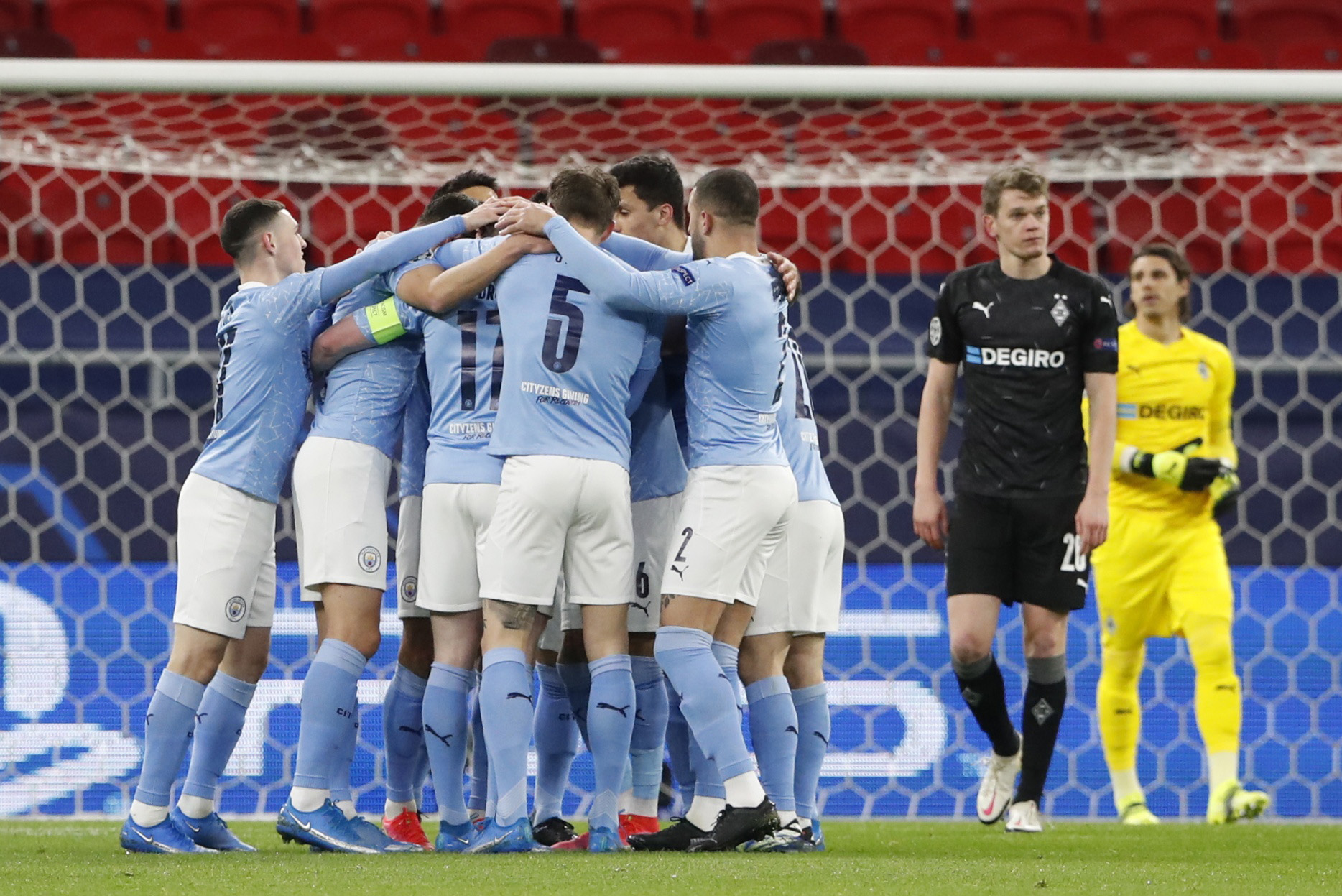 However they are polishing off pretty much everything that is put in front of them right now.

With a 2-0 lead from the first leg, they could have been forgiven for making a meal of this second leg in Budapest.

But they helped themselves to two superb goals from Kevin De Bruyne and Ilkay Gundogan inside the first 18 minutes to prove there is nothing wrong with their appetite.

It all meant Guardiola’s City move into the quarter-finals for a fourth straight season. Surely this is the year they crack the case and go deeper.

Nobody will fancy facing them when the competition resumes in three weeks time that’s for sure – although Pep will know things now start to get serious.

Nobody really expected them to slip up here. Everything here was stacked against Gladbach who have won only one of their last 10 matches in all competitions.

Coach Marco Rose’s announcement that he will leave at the end of the season to take charge of Borussia Dortmund has completely derailed their season.

And they needed to score at least twice here against a team who have not conceded a goal in this competition since September – or in around 10 hours of football.

Yet they did have an early chance as Breel Embolo’s deflected shot had to be pushed to safety by Ederson.

Even so, it came as no surprise when City took the lead in the 12th minute – and what a beauty it was.

Riyad Mahrez wriggled clear of his man to find some space on the right and rolled a pass into the path of De Bruyne.

The Belgian allowed the ball to run across his body before unleashing an angled drive into the top corner from 20 yards.

KdB came under fire for his performance in the Manchester derby defeat 10 days ago – he has responded with three goals in his last two matches.

Six minutes later, the tie was over as John Stones played the ball to Phil Foden who turned sharply and set off towards goal.

He didn’t seem to even look as he picked out Gundogan who calmly slotted past the advancing Yann Sommer for his 15th goal of an outstanding season.

Guardiola had left Sergio Aguero and Gabriel Jesus on the bench – as well as Raheem Sterling once again.

But when you have midfielders like these, who needs strikers anyway?

The German could have had another as he was picked out by Mahrez but this time Sommer managed to thwart him. 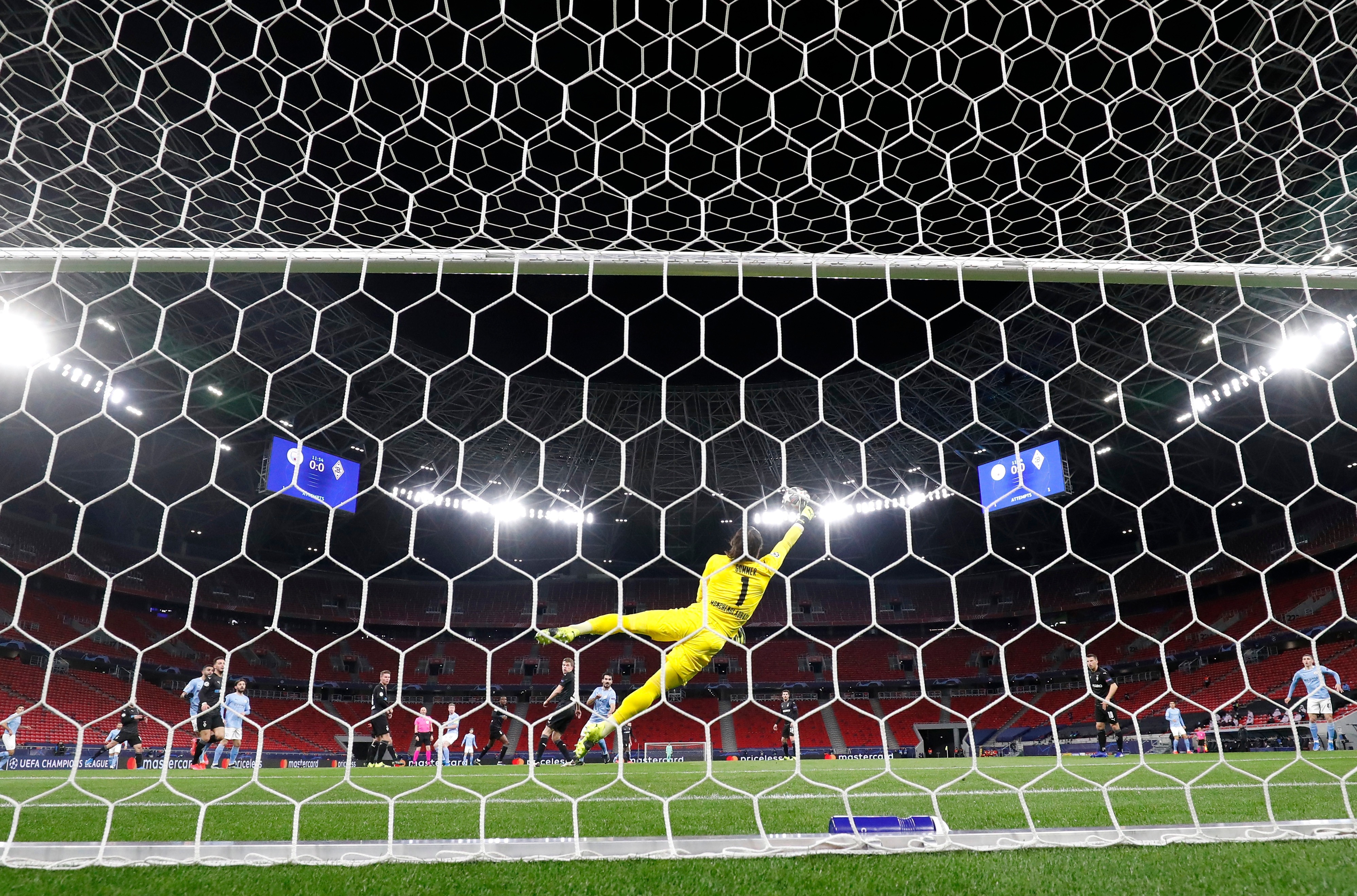 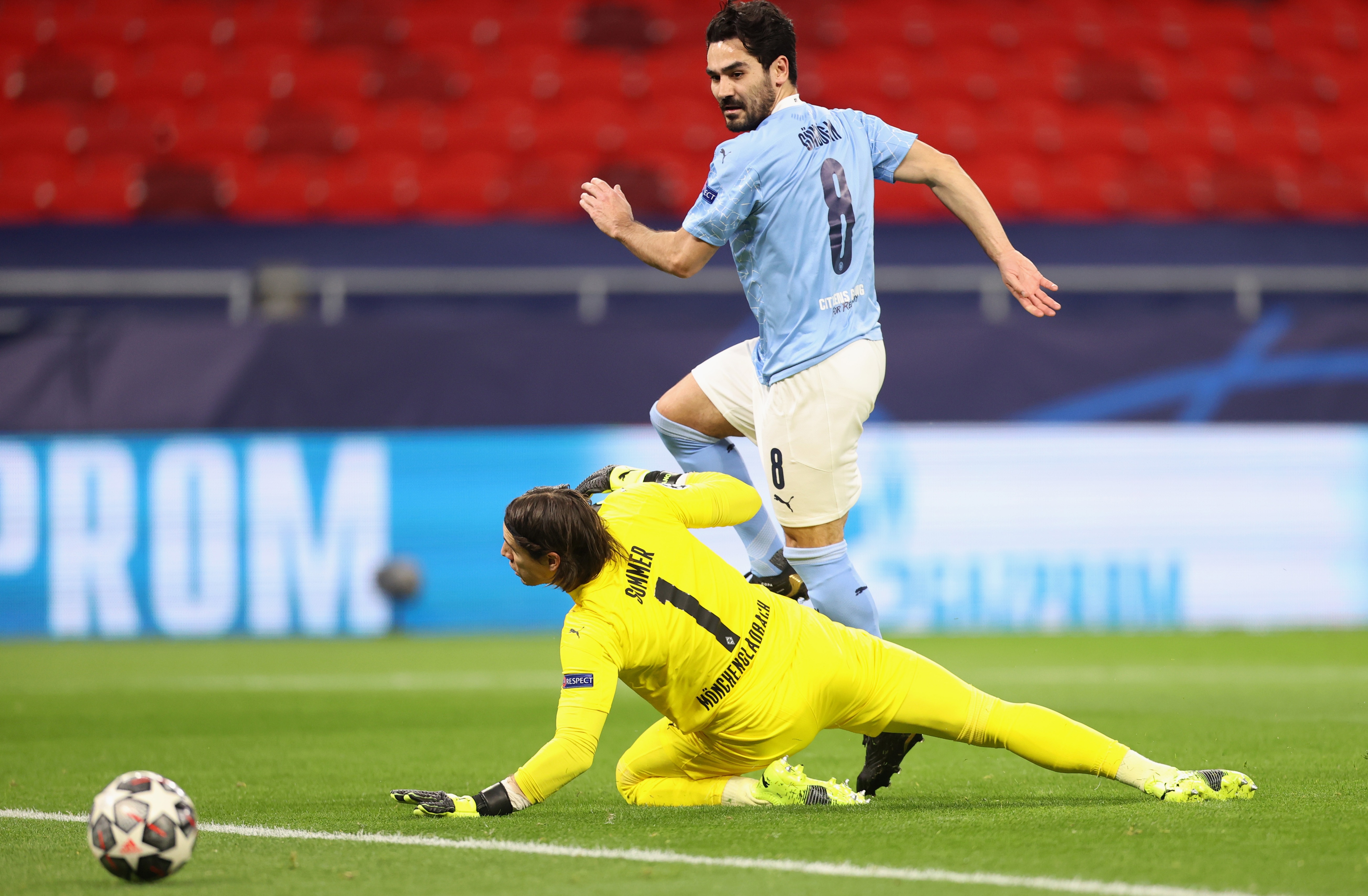 And so could De Bruyne who sent a 30 yard free-kick that was dipping and curling and had to be tipped over by the Gladbach keeper.

Nobody would have been surprised if Rose’s men had folded but to their credit they did not let their heads drop.

French international Marcus Thuram saw a low shot well saved by Ederson and then teed up Embolo who fizzed a shot across the face of goal.

But in the second-half it was just a question of how many City would win by.

Sommer was on a one man mission to keep the scoreline respectable as he kept out Mahrez on a couple of occasions.

The Algerian has been in top form but this wasn’t quite his night as he also missed the target with a couple of other efforts.

With the tie long since won, Guardiola took the chance to throw on some of his “fringe players” – including Aymeric Laporte, Fernandinho, Sterling and Aguero.

When everyone is fit, the options he has are frightening really. 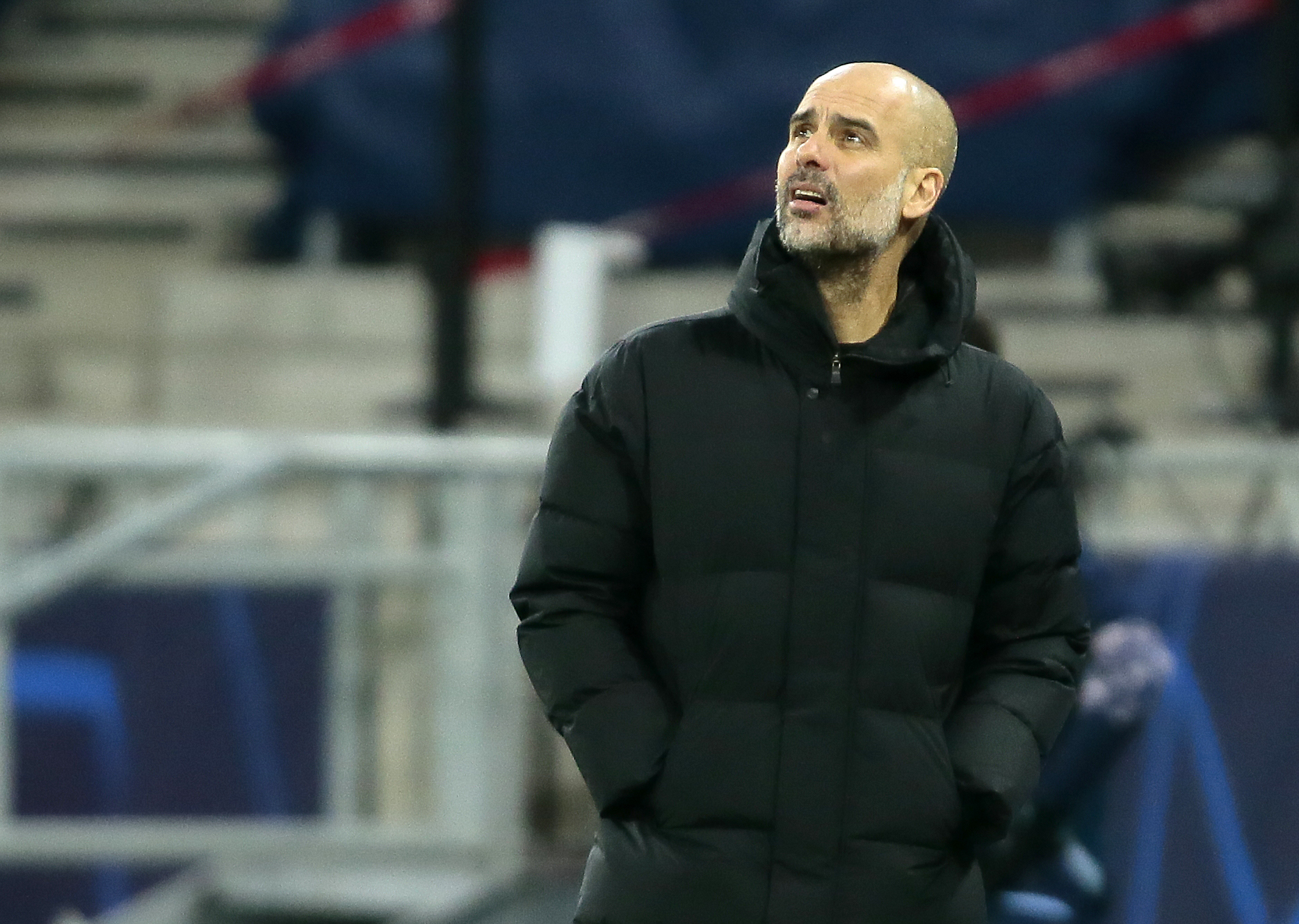 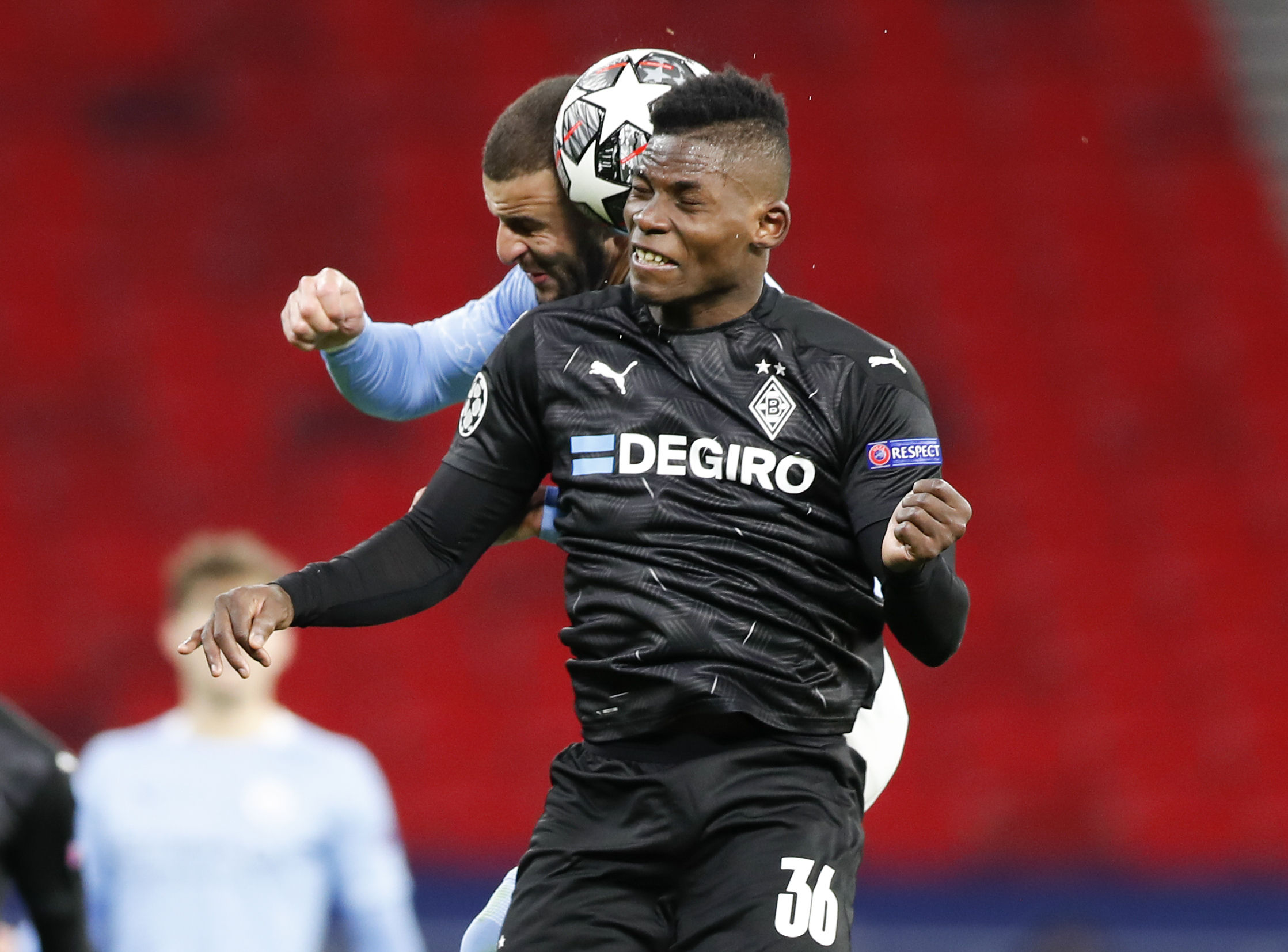 The England man looked keen to make a point and had a chance when he was played in by De Bruyne but slipped at the vital moment and the chance was gone.

Yet the clean sheet at the other end means they have now gone 11-and-a-half hours without conceding in this competition – the second longest run in its history.

Just three months ago to the day Guardiola called his backroom staff together for a summit meeting after a draw with West Brom and told them he ‘did not like’ this team.

They’ve won all but one of their 25 matches since – it’s fair to assume they have won him over.