Home » Sport » Mailbag: Should the Pac-12, Big Ten and ACC form their own postseason? 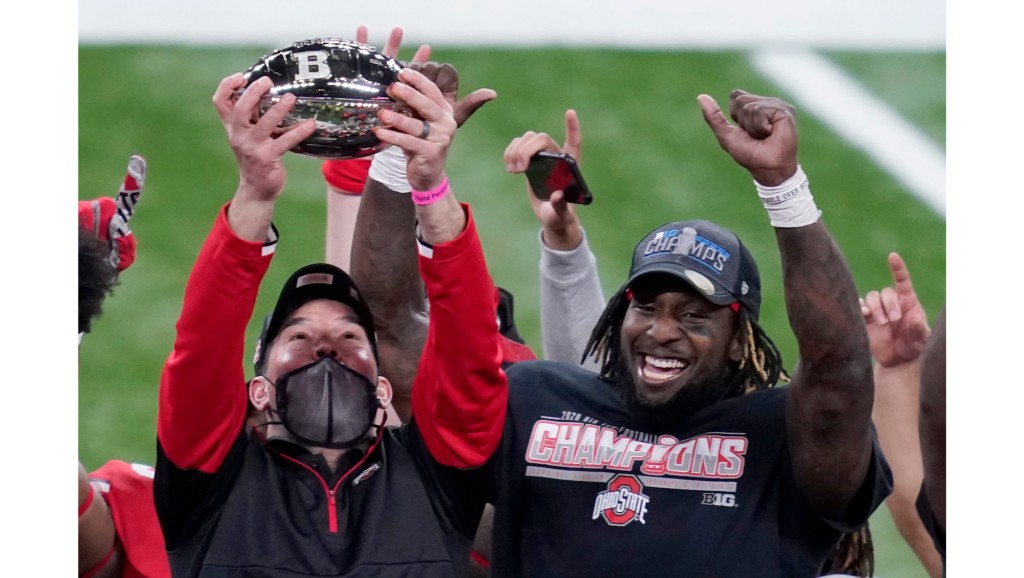 Mailbag: Should the Pac-12, Big Ten and ACC form their own postseason?

The Hotline mailbag is published each Friday. Send questions to [email protected] or hit me on Twitter: @WilnerHotline. Due to volume — and in some cases, the need for research — not all questions will be answered the week of submission. Thanks for your understanding.

Some questions have been edited for clarity and brevity.

When Oklahoma and Texas formally join the SEC, five of that league’s 16 schools will be members of the Association of American Universities (a prestigious academic affiliation). Why bother to compete against a conference where athletic performance ‘Just Means More’ than academic performance? In 2026, the ACC, Big Ten, Pac-12 and Notre Dame should play their own postseason ‘Run For The Roses Tournament.’ — Jon Joseph

It would make for a fascinating twist, with the so-called alliance leagues breaking away from the SEC, Big 12 and Group of Five, at least in the postseason.

I’m not sure that’s the right solution for the sport; nor am I convinced that it would work competitively or financially for the trio. If you cleave the postseason, you’re effectively cleaving the regular season.

Once Oklahoma and Texas become members, the SEC will have enough major brands, enough media power and enough recruits within its footprint to exist as a stand-alone entity.

Also, how would Ohio State respond? The Buckeyes alone could squash the plan if they threatened to leave the Big Ten.

We don’t see that as an option now. But if forced to choose under those extreme circumstances, why wouldn’t Ohio State make the jump? The SEC ethos (‘It Just Means More’) is as strong in Columbus as in Norman or Tuscaloosa.

Add Clemson and the Florida schools, and the resulting 20-team super-duper conference would marginalize the alliance schools.

But would it end there? If Ohio State bolts, then Michigan and Notre Dame would want in. And USC would re-evaluate its allegiance, with UCLA, Washington and Oregon doing the same.

Suddenly, the bifurcation of the Power Five that many view as inevitable, including the Hotline, would happen much sooner than the natural course suggests.

Meanwhile, ESPN, CBS, NBC and Fox would be salivating at the prospect of mini-NFL.

In our view, the best option for the Pac-12, Big Ten and ACC is to move with the SEC, not away from it.

Hoping Pac-12 football in 2022 isn’t kneecapped by standout coaches being poached from the West Coast to fill various coaching slots — head coaches or coordinators — at LSU and other programs East of the Rockies. —@JonInMich

This has been a huge issue for the conference over the past four or five years, with Mel Tucker leaving Colorado for Michigan State as the most notable example.

The brain drain should be limited this offseason, in part because one-third of the football programs have changed head coaches, and those coaches have brought in new coordinators and position coaches. There simply aren’t as many candidates to leave.

That’s not to suggest there will be zero poaching. In fact, we have seen one instance already: Justin Frye, UCLA’s accomplished offensive line coach, was hired away by Ohio State.

Frye will reportedly earn $800,000 annually, an increase of about $100,000 from his salary at UCLA. But when you account for the difference in cost-of-living, the bump is substantial. Frye also received an “associate head coach” title and, of course, has a chance to win a national championship every year.

That said, Ohio State has the clout and resources to poach assistant coaches from 98 percent of the programs in major college football.

The problem comes when a coach makes a lateral move simply because his Pac-12 employer cannot match the offer. So far, we haven’t seen examples during this hiring cycle.

Every time a new assistant coach is hired, we’re told how wonderful he is by all the local media. Just how good (really) is the assistant coaching group that Lincoln Riley has assembled for USC? Would rate it top-10 in the country? Top 25? — @jacktheladd2

In our opinion, the quality of a coaching staff is best judged on three positions: the offensive coordinator and offensive line coach — sometimes, those are one in the same — and the defensive coordinator. Any program that is solid in all three spots will be well coached. (The strength-and-conditioning coach is also critical.)

USC defensive coordinator Alex Grinch is well regarded for his work at both Washington State and Oklahoma. The same goes for offensive line coach Josh Henson, who carries the coordinator title and was most recently at Texas A&M. Oh, and the chief architect, Riley, is among the best play-callers in the sport.

You could argue that the rules governing pass defense make the secondary coach immensely valuable, the equivalent of the offensive line coach on the other side of scrimmage.

USC’s defensive backs haven’t been particularly well coached in recent years, in our opinion. Grinch will handle the safeties while Donte Williams, who served as USC’s interim head coach in 2021, has remained on staff and will continue to hold the title of defensive backs coach.

All in all, the Trojans have the makings of a top-10 staff, but we’ll reserve judgment for at least a year, if not two.

Is Stanford going to make any changes to the coaching staff? — @helixcardinal

It doesn’t appear that way. Coach David Shaw doesn’t believe in firing assistant coaches in response to poor performance; he views staff changes as the easy way out of a problem that typically has deeper roots.

Most head coaches, including the likes of Nick Saban and Ryan Day, don’t share that view.

If Shaw brings back the same staff and the Cardinal struggles again, the criticism will be fierce — and justified.

Any regulation coming for the transfer portal? For example, a specific time period to enter. And do you see those in charge moving the early-signing period to August, keeping it where it’s at, or getting rid of it? — @UACatManDo

Is the NCAA a relevant regulatory body anymore? What would be a better model in this age of NIL and transfer portal? — @RockDawg3

The portal needs tweaks. It has created free agency 365 days a year, which is something even the professional leagues don’t have. It should be closed periodically — an enforced pause, essentially — during the year.

Changes to the early-signing window are also possible, if not likely.

The current placement of such a critical element (two weeks after the end of the regular season) has added immense chaos to the sport. One option is to slide it into early January, which could ease the pressure to fire struggling coaches during the season. The traditional signing date (early February) could then be pushed back by a few weeks.

I can’t guess on the timing but expect movement on both issues in the next 12-18 months.

As for the second question …

Yes, the NCAA has lost immense relevance and is keenly aware of the reality. That’s why its constitution is being restructured in a way that gives more autonomy to Division I, which includes the Power Five.

The Division I Transformation Committee, co-chaired by SEC commissioner Greg Sankey, will craft the legislative and economic framework for major college football and basketball.

The process will take six or seven months. If all goes well, changes could be implemented in time for the 2023-24 college sports season.

Who do you see UCLA getting as a defensive coordinator? — @824kiyoshi

We mentioned a few potential candidates last week, including Miami Dolphins secondary coach Gerald Alexander, and would add one name to the list: Derek Mason.

The former Vanderbilt head coach is one of the top minds in the sport. He spent the 2021 season in charge of Auburn’s defense — did you catch the Iron Bowl? — and is now reportedly a candidate for the same post at Oklahoma State.

Maybe it’s too late, but the Bruins should do whatever they can to lure Mason. His presence in Westwood would change the dynamics of the South.

Will Brigham Young ever lose again to a Pac-12 team in football or hoops? — @Vakaviti

Just don’t ask me who, or where.

With the Pac-12 champion heading off to the Big 12 in the next couple of years, how does the conference recover? — @dal_pal1

Actually, BYU’s move to the Big 12 could be problematic for the Pac-12. The Hotline will explore that topic next week.

Is the Pac-12 doomed to an obscure existence forevermore? — @lange_randy

If enough university presidents decide they aren’t interested in devoting the resources necessary to compete at the highest level, yes. But we don’t see indications of that just yet and commissioner George Kliavkoff is optimistic it won’t ever reach that point.

Many of the current obstacles can be cleared away in the next three years with expansion of the playoff and a new media rights deal.

Also, if Riley turns USC into a top-10 team, the Pac-12’s shadow existence will give way to more time in the national spotlight.

Support the Hotline: Receive three months of unlimited access for just 99 cents. Yep, that’s 99 cents for 90 days, with the option to cancel anytime. Details are here, and thanks for your support.