Home » Sport » Magpies fail to fly under pressure from Fever 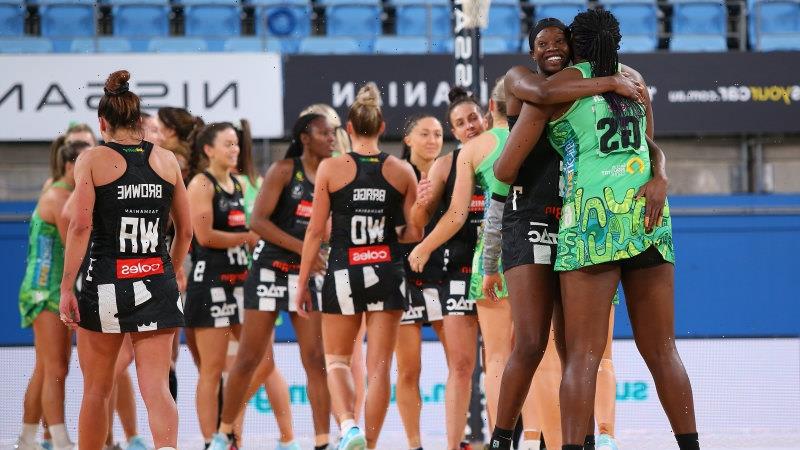 Magpies fail to fly under pressure from Fever

Collingwood coach Nicole Richardson has demanded more consistency and intent from her side after the undefeated West Coast Fever took the game away from her Magpies in the first-half on Saturday.

The Fever won the first-half by 19 goals, effectively ending the contest en route to a 78-55 win which saw the West Australians improve to 6-0 while the Magpies fell to 2-4. 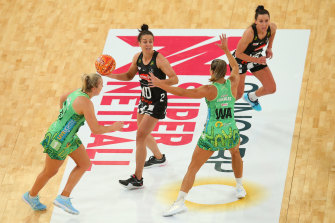 Ash Brazill, centre, looks to pass the ball during round six. Credit:Getty Images

Fever captain and goal-keeper Courtney Bruce had five interceptions, picking up most of them in the first half, as turnovers and errant passes from the Magpies allowed the West Australians to push the ball to star shooter Jhaniele Fowler, who made 59 of her 60 attempts as her side amassed 18 extra shots on goal.

Magpies shooter Shimona Nelson shot 38 of 39 but was starved of opportunities during the first half, while Ash Brazill was lively in centre-court with her interceptions and her passing.

Richardson said her side hadn’t handled the pressure of the Fever early although she was pleased with their third term, which they won 20-15.

“We started really well but once we made our first error the girls lost some confidence and lost their way and before you know it you are 10 goals down at quarter-time,” Richardson said. 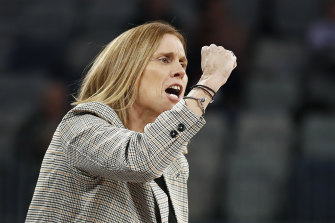 “You can’t give a team like the Fever an itch otherwise they will take an absolute mile on you.

“We didn’t execute what we set out to do, they applied a lot of pressure on us.

“The performance we put out there wasn’t good enough. We showed flashes of brilliance but we are having issues finding that consistency across not only 15 minutes but across 60 minutes and week to week.”

The Magpies played the game at Ken Rosewall Arena and Richardson expects they will remain in Sydney until they know what will happen with Victoria’s lockdown next weekend. Richardson hinted their derby game against Melbourne Vixens, scheduled for John Cain Arena on June 14, could be moved to next Saturday as a double-header with Giants netball versus Sunshine Coast at Ken Rosewall Arena.

She added that game could also be in Melbourne but played without fans.

The Magpies swung the changes and went to a more aggressive style in the third term, with Brazill moved to centre while defenders Jodi-Ann Ward and Jacqui Newton were encouraged to go for their interceptions and create extra possessions.

Those changes worked a treat as the Magpies improved their centre-pass conversion rate from 55 per cent in the first half to 88 per cent in the third term, with the lead cut to 59-45 heading into the last term. 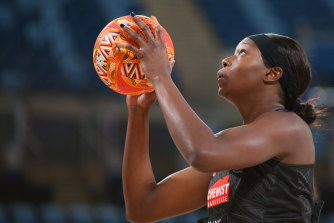 Collingwood’s energy stayed high in the last term but their form dropped again and the Fever kept scoring to secure a comfortable win.

Magpies wing defence Melissa Bragg created a highlight with a heave pass from her defensive transverse line to the goal circle where Nelson was alone and nailed the goal.

The Melbourne Vixens play the Adelaide Thunderbirds at USC Stadium on the Sunshine Coast on Sunday at 5.45pm AEST.

Symone Is a Love Letter to Blackness and Queerness
World News