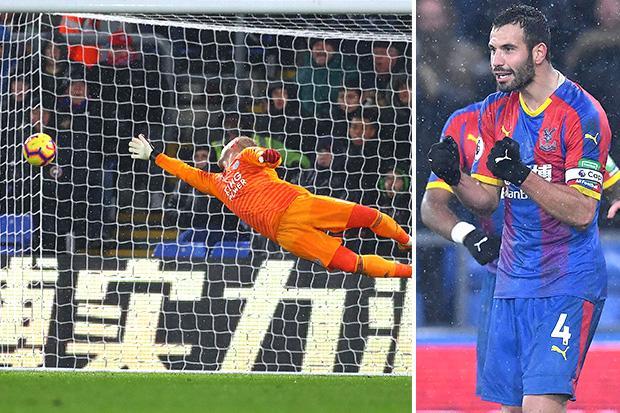 The south Londoners Serbian skipper scored with a superb curling drive from 25 yards in the 38th minute to lift a scrappy game in the freezing rain at Selhurst Park. 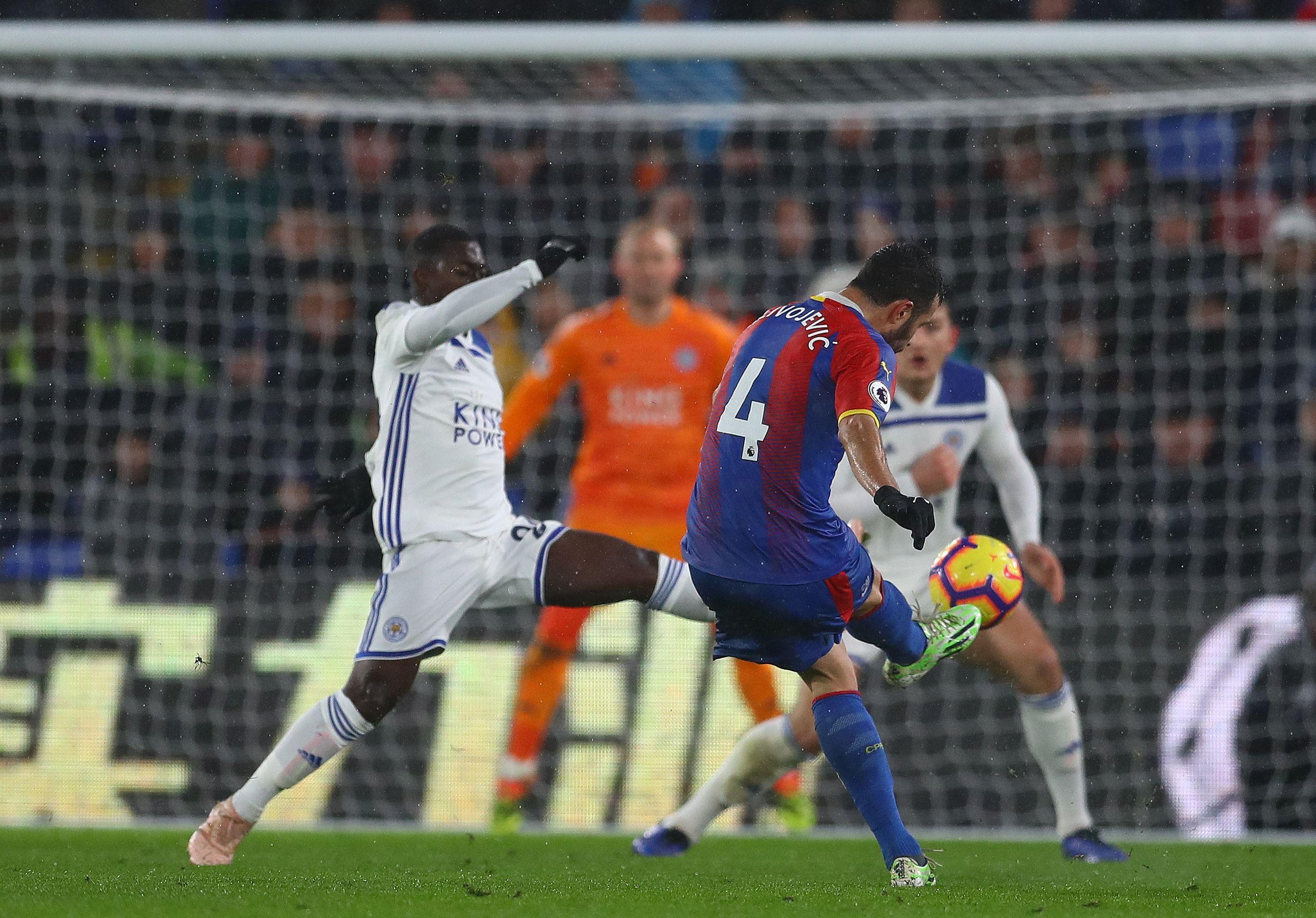 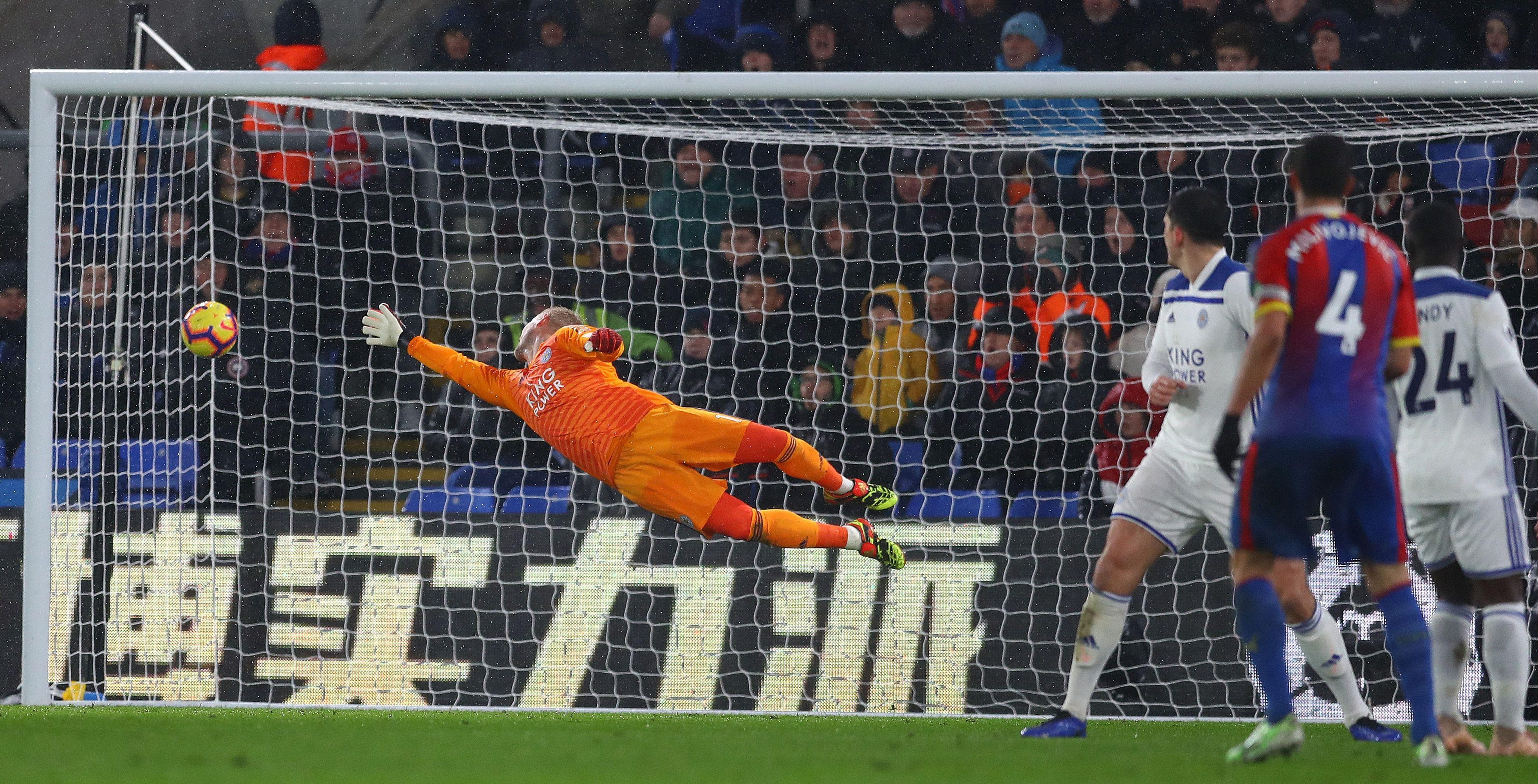 It followed their win at home against Burnley on December 1 and delivered only their second victory on their own turf this season.

And it gave Roy Hodgson's side a huge lift after successive defeats at Brighton and West Ham.

Leicester had Jamie Vardy back in action but never looked like making a breakthrough at the ground where they were hammered 5-0 last season.

Palace were without their inspirational playmaker Wilfried Zaha because of a one-match ban – and hadn't won a league match without him since September, 2016. 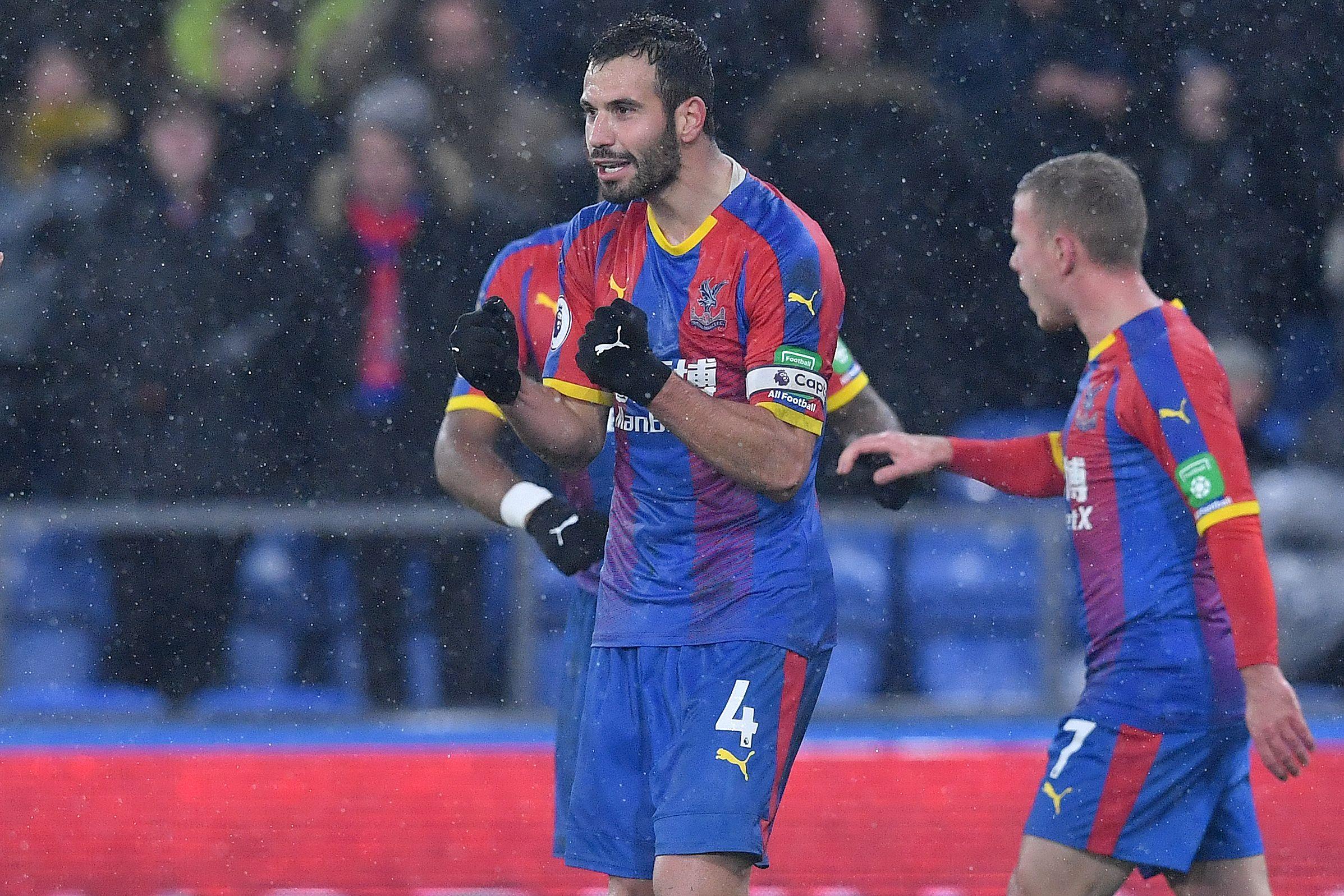 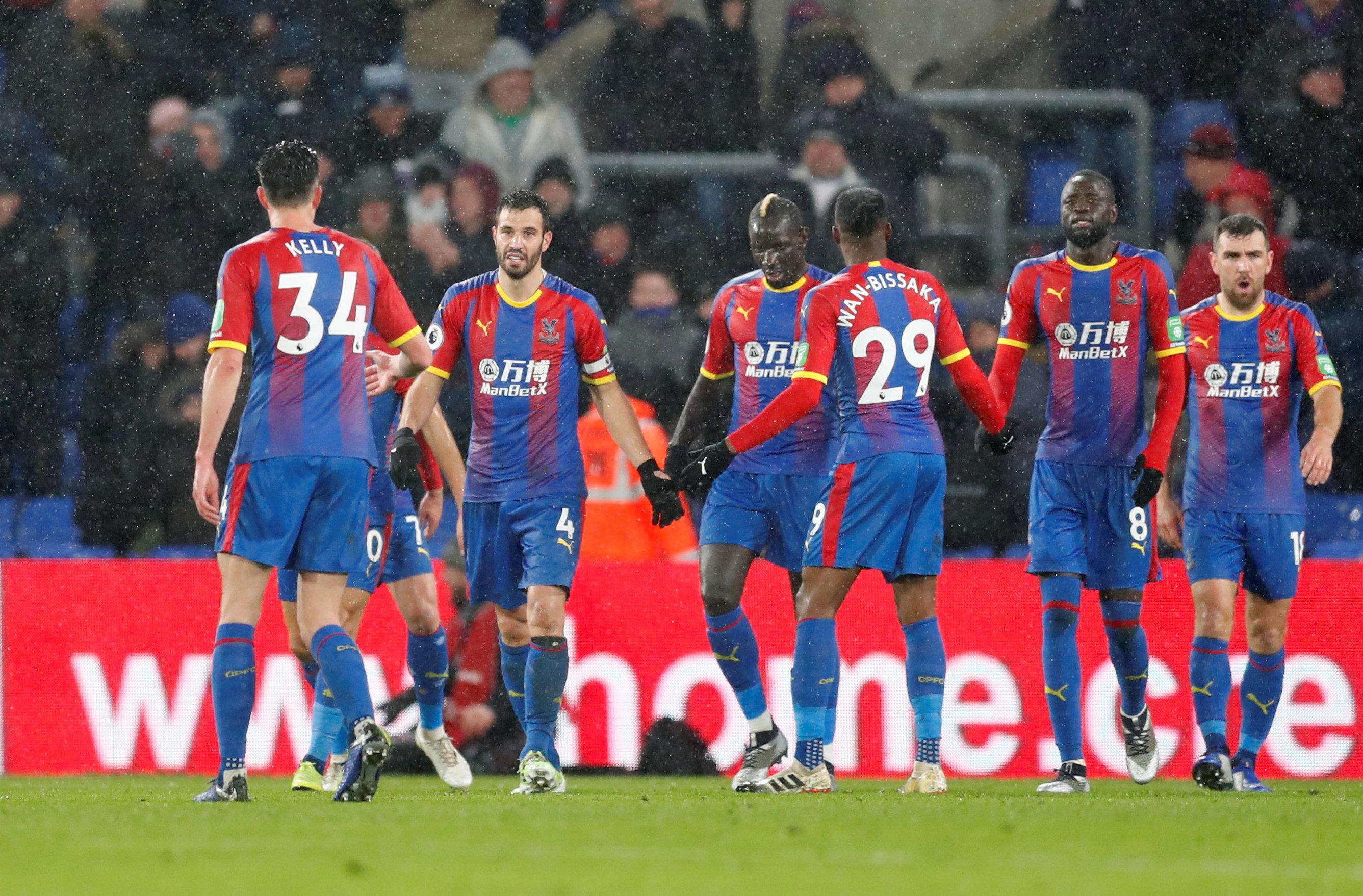 It showed for most of a tedious first-half when neither side could manage a serious chance until Milivojevic's stunning goal.

Neither team had the inspiration to find a way through in the freezing rain at Selhurst Park.

And it wasn't until the 19th minute that there was even a glimmer of a chance – with Jamie Vardy failing to catch up with Harry Maguire's ball over the top.

Both City's England stars were back in the side after injury but City seemed too keen on trying to launch the ball to Vardy. 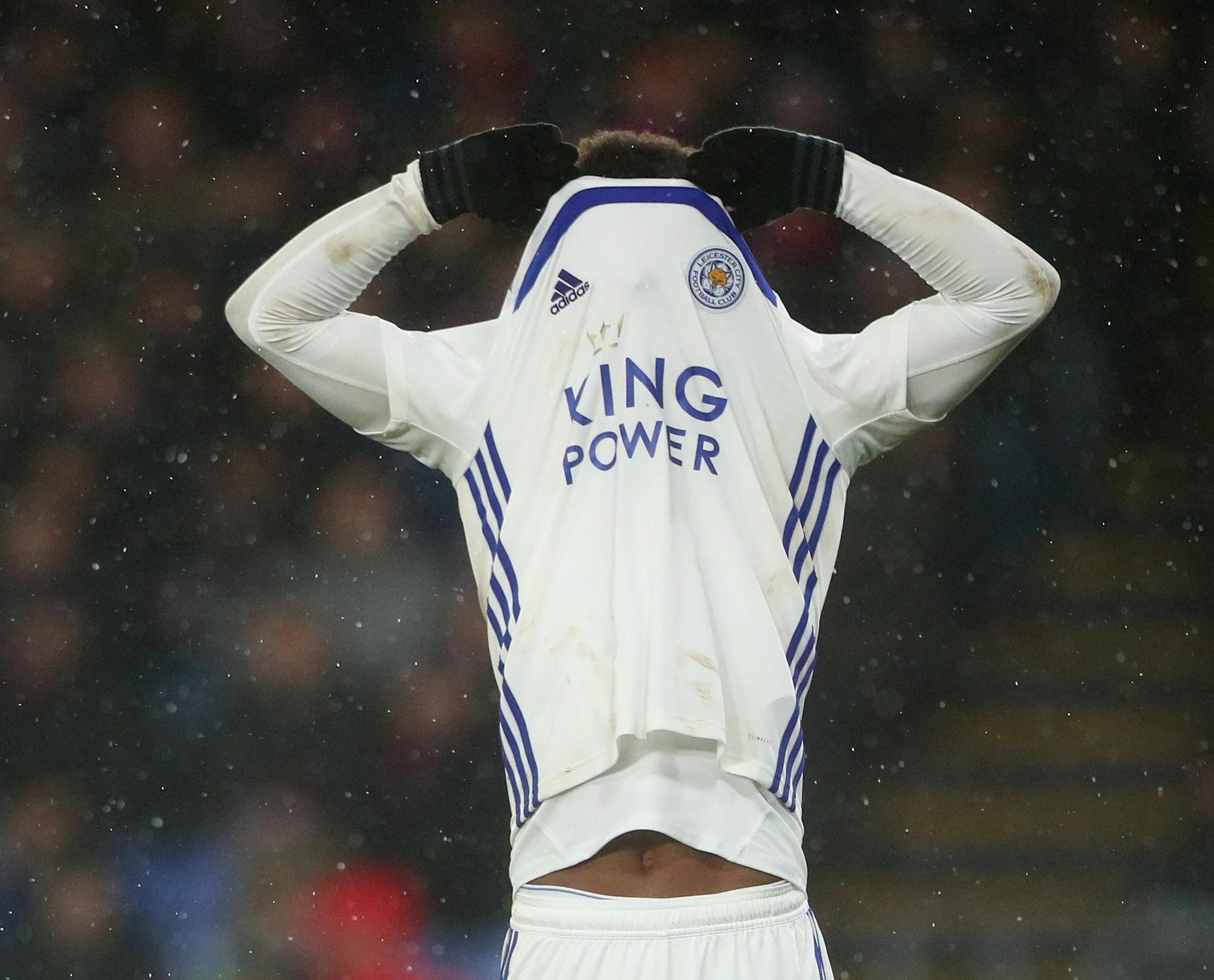 When Christian Fuchs got clear on the left in the 25th minute trying to find another way through, his cross was comfortably cleared by Martin Kelly.

Palace didn't have a proper effort until the 24th minute when Jordan Ayew landed a chip on the roof of the net from an angle in the left-hand of the box.

But Milivojevic's stunning strike livened things up and Max Meyer put a low 25-yard drive wide for the home side three minutes before the break.

Leicseter looked the slightly more composed team but it was Palace who were more lively at the start of the second-half. 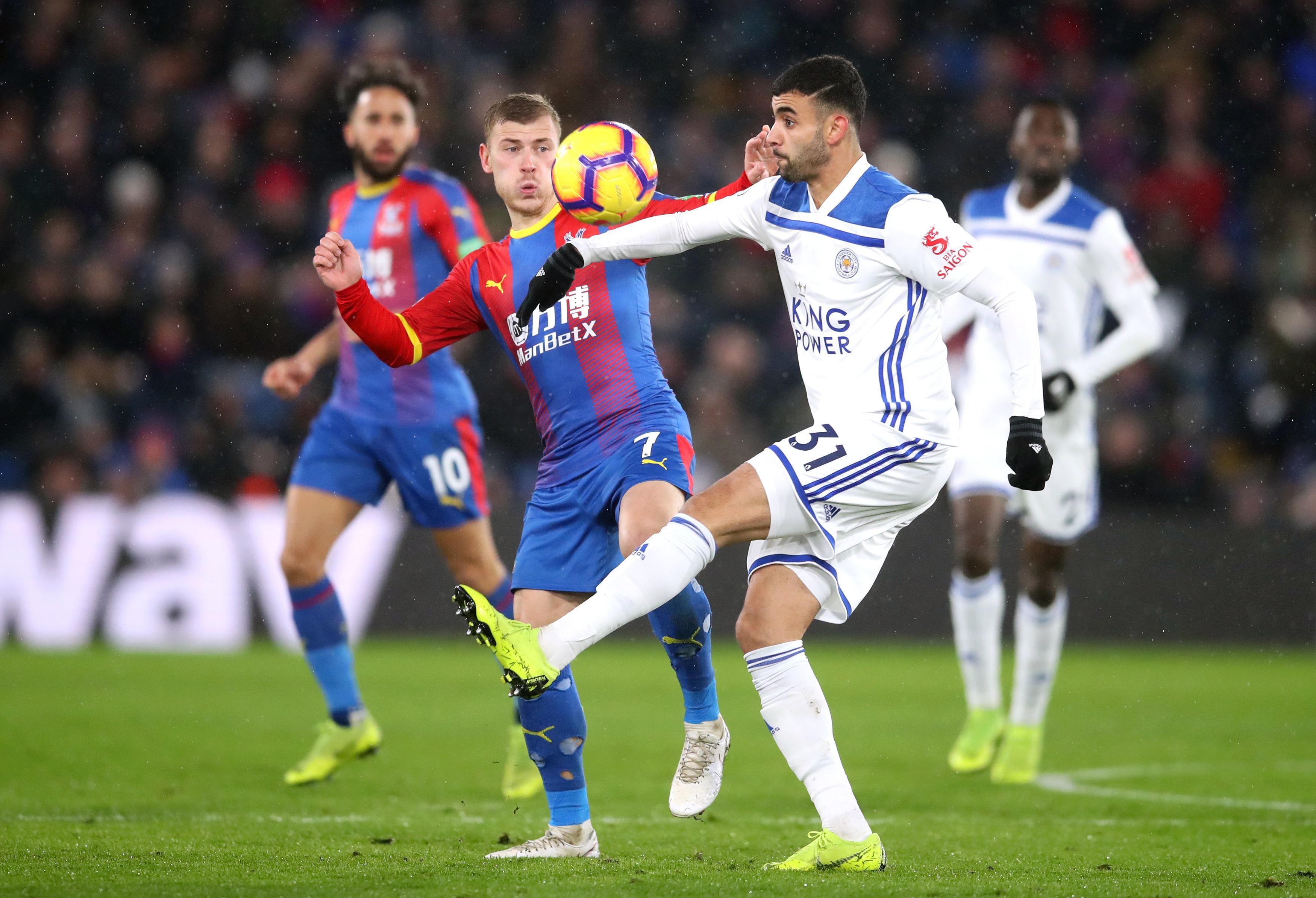 Schemichel had to be smart to parry away the cross after James McArthur got clear on the right for the home side in the 51st minute.

But Jordan Ayew's finish from 15 yards had been feeble a minute beforehand after Townsend worked the ball into tne box – and Schmeichel blocked easily.

Leicester sub Rachid Ghezzal was close from the right in the 67th minute after Vardy had switched the ball across the box from the right.

But Leicester had struggled again in the second-half to make opportunities.