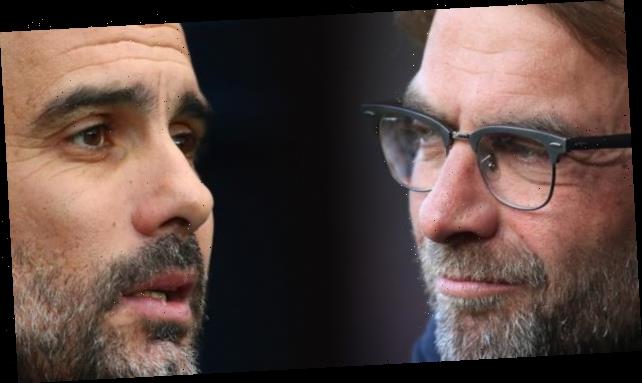 League leaders Liverpool are six points ahead of their north-west rivals but both sides have elevated themselves to a state of “near perfection” in recent years.

Are we set for the highest-quality Premier League game ever? We take a closer look before the top-of-the-table encounter.

For an hour or so last Saturday it looked like both Liverpool and Manchester City were going to lose. The last time that happened on the same Premier League weekend, let alone the same day, was December 2016.

The two clubs have since elevated themselves to a new plateau, one where dropping points is no longer an option. In the world of the sub-two-hour marathon, the Premier League is now a nine-month sprint.

Part of the anticipation about this weekend’s fixture is that we are firmly in the midst of a genuine duopoly at the top of the table, something that harks back to some of the greatest periods in the history of the competition.

From Manchester United’s battles with Newcastle and Arsenal in the 1990s to Jose Mourinho’s ultimately successful attempt to dethrone Arsenal’s Invincibles in the 2000s, two club mini-rivalries have lit up the league. Many of the early duopolies live on in our hearts because of the mind games they inspired.

Kevin Keegan telling Alex Ferguson that “he’s got to go to Middlesbrough and get something” came about precisely because in the 1990s it wasn’t that unlikely that a title challenger could take their eye off the ball and drop points in a supposedly easy fixture.

But what City and Liverpool have done in the past couple of years is ramp up their consistency to such a level that there’s little point goading the rival manager.

Pep Guardiola’s comments about Sadio Mane and diving last weekend were possibly the closest the Klopp/Guardiola rivalry has come to this, and it’s probably not a coincidence that it happened on a day when Liverpool looked like they might finally be about to lose.

If you’re going to be as consistent as City and Liverpool have been then the numbers should back you up. And they do.

The country, meanwhile, is about to embark on its second general election since Liverpool last lost a league game at Anfield. In reverse order, the visiting managers to win there in the Klopp era are Sam Allardyce, Paul Clement, Louis van Gaal and Alan Pardew.

That doesn’t just seem like a long time ago, it feels like another dimension. The German’s mentality men continue to run through concrete walls and heave out wins in the face of certain defeat.

Since the start of last season, Liverpool have claimed 26 points from losing positions, more than 10% of the division’s total in that period. The greatest trick the Reds ever pulled was convincing people that Manchester United are the masters of the late-goal comeback when the truth was staring us in the face all along. 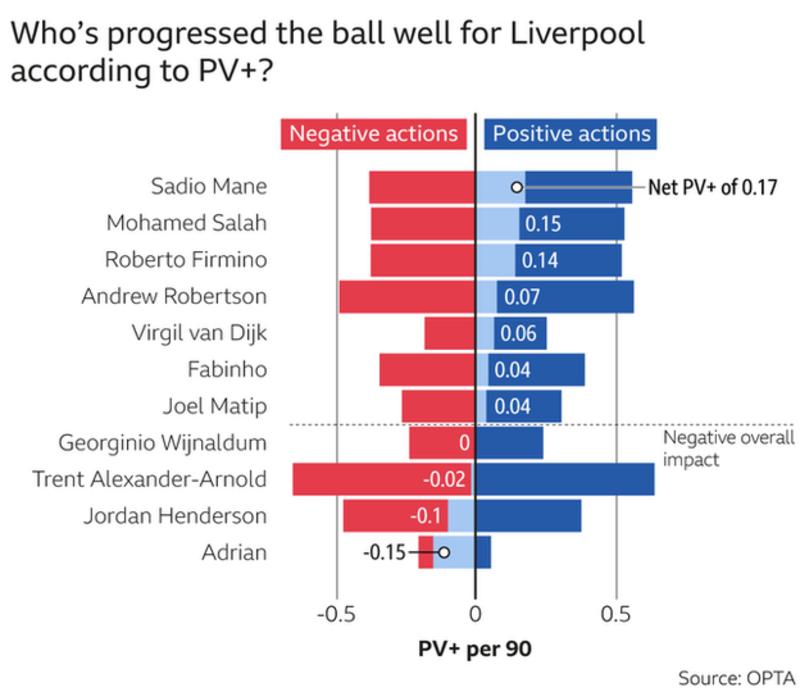 So we’ve seen the outcome of Liverpool and Manchester City’s near-perfection but who are the players making the difference?

Fortunately there’s a new Opta metric out for 2019-20 called Possession Value which credits individual players based on their positive and negative contributions, wherever they are on the pitch and whatever their roles.

Starting with Liverpool, it’s satisfying to see the numbers conform almost perfectly to how everyone has assessed Klopp’s system.

This isn’t a bad thing, though, simply a reflection of his role in the side.

The England man has already made 100 unsuccessful crosses and corners in the Premier League this season, 12 more than Norwich have as a team, yet after Divock Origi’s second goal against Barcelona in last season’s Champions League semi-final, no-one can question Alexander-Arnold’s delivery credentials.

For City, one man stands out and it’s Riyad Mahrez. The Algerian has not featured in the Premier League since the defeat by Wolves but his net impact dwarfs his team-mates’ and everyone at Liverpool too.

That said, Mahrez was ultimately the reason City did not win in this exact fixture last season, wasting a late penalty after Leroy Sane had been brought down by Virgil van Dijk.

If given an opportunity to make amends on Sunday, these numbers suggest he could well do so. The other selection concern for Guardiola is David Silva, who had to be substituted at half-time on Saturday.

The possession value framework, though, has him fairly low down. Bernardo Silva would, it seems, be a far bigger loss. Lastly, compare the City full-backs to Liverpool’s.

Nominally they play in the same position but in reality it’s a completely different role, despite Kyle Walker’s heroics against Southampton. It doesn’t really need restating but Sunday’s game really is a clash of two distinct approaches to the game, devised in turn by arguably the two best football managers on the planet. 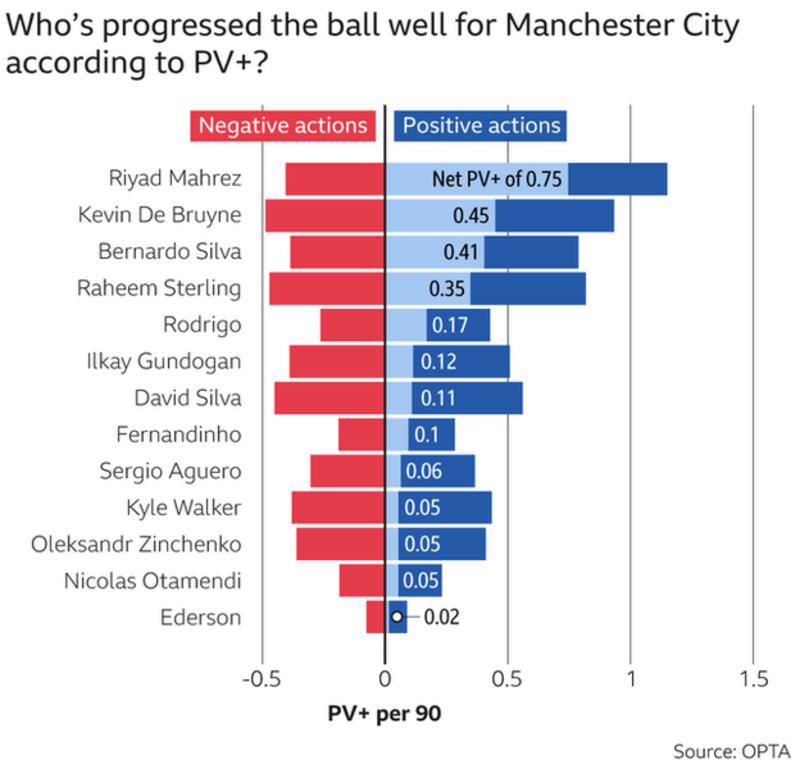 For those looking for an update on the percentage of his Premier League goals Mane has scored within two miles of the English coast, he is currently on 82%, keeping him well ahead of any other regular scorer in the competition’s history.

For the first time, though, I can reveal who the least effective players near the coast are. For men with 70 or more goals (like Mane), it’s a French pairing of Eric Cantona (4.3%) and Thierry Henry (4.6%).

A relaxing evening on the Riviera, yes. A working afternoon near the grey shores of England, no.

Finally, a word on Jason Euell, who, of all players with 50 or more Premier League goals, has scored the lowest proportion of them near the coast (1.8%).

Euell even ended his top-flight career with Middlesbrough and Blackpool, perhaps in the hope he could achieve shoreline glory, but instead failed to make waves and score for either club.