Home » Sport » LGBTQ+: How an inclusive team helped one transgender footballer rediscover her love for the game 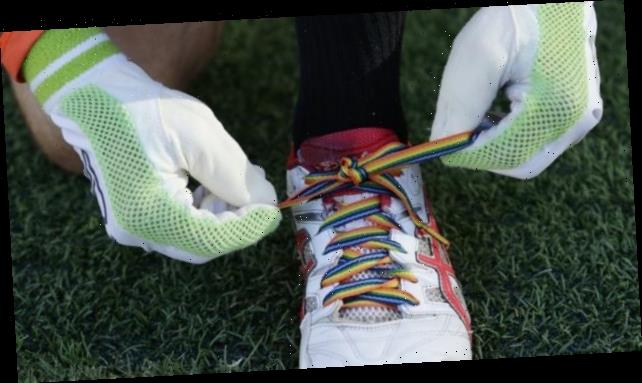 LGBTQ+: How an inclusive team helped one transgender footballer rediscover her love for the game 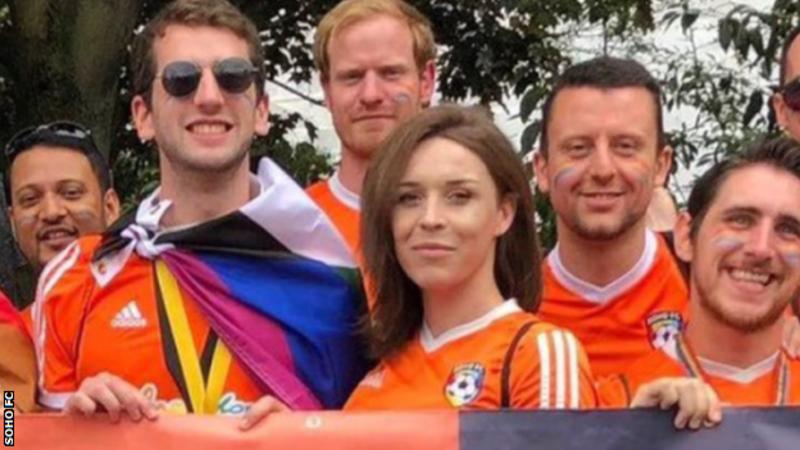 “The fear was paralysing, it affected the way I did everything.”

Not the words you might expect to hear from a teenage boy who was a promising football academy player.

At the age of 15, Walker had a “light bulb moment” – she realised she was transgender.

It wasn’t long before she hung up her football boots, claiming her passion was “lost” to the terror of being taunted for who she really was.

But joining an LGBTQ+ football team has helped Walker, now 29, rediscover her love of the game.

Football was a huge part of Walker’s early life.

From the age of four she would often be found kicking a ball in the local park in Milton Keynes and she became a keen supporter of West Ham United – the first side she ever watched – after falling for the atmosphere at Upton Park.

It was not long before she was scouted by Wycombe Wanderers and then Premier League side Watford to join its academy.

But away from this sporting talent Walker was struggling with her identity.

“Growing up, I knew I was not the same as other guys I played football with, and it was really difficult,” she says.

“I was quite feminine. At the time I attributed it to being gay, because it was the only thing I was exposed to.

“I wasn’t really aware that transgender people existed. The only people I was exposed to that were born male and presented as female were drag queens on TV and Eddie Izzard.

“The first time I realised transgender was ‘a thing’ was when I was about 15. A friend came out as trans and it was a bit of a light bulb moment for me. Suddenly I was aware that this was probably my issue too.

“But with that realisation came the daunting prospect of actually going through with it all.”

Walker soon became aware of the repercussions this “realisation” could have, not just in football but within her family too. She admits she had “some very openly homophobic” people around her.

“It was made quite clear to me that [being feminine] wasn’t how a boy was ‘supposed’ to be,” she says.

“My desire to play [football] was heavily influenced and driven by my family’s expectations.

“I think fear was a massive part of it – fear of repercussions.

“There was nobody playing professionally at the time that had come out as being on the LGBTQ+ spectrum. It felt like a long way to fall at the time.

“I saw how often people were attacked for being gay and how often it was used as a slur against someone’s character.

“I would carry myself, speak and do things a certain way in order to try to appear more masculine.”

A sense of relief – and a struggle with the truth

At the age of 17, Walker decided to leave Watford’s academy.

“I don’t think it came as a shock [to Watford],” she says. “I think they were going to let me go eventually due to my sudden loss of interest and professionalism.

“I like to think I had the talent to play at a high level. I would never have been a world beater but I could potentially have had a good career out of the game.

“[But] it was a surprisingly easy decision to make – I knew that it was going to be difficult to be professional and still be transgender.

“I had spent most of my teens on anti-depressants and anti-anxiety medications and the lift of the pressure was actually a relief.”

But away from the football scene, Walker says her life fell apart as she struggled to accept her truth.

“It totally threw me,” she says. “I turned to drink, drugs and partying to numb myself to the realities of my life.

“I only managed to get clean once I came out, accepted who I was and lived my truth.”

Searching for a place to fit in

Walker could not ignore her desire to play football and regularly played on her own in her kitchen.

“I would kick a ball against a wall even as an adult,” she says. “I missed being part of a team, match days and being in the dressing rooms before games, having a laugh and a joke, then playing. That was a nice way to spend a weekend.

“But I was very, very scared at the time of who I was and how people would react to who I was.”

While transitioning, Walker decided to get back into football and joined a women’s football team.

“I tried playing ladies’ football when I came out but when you first transition you don’t necessarily look the part, and I found there was a little bit of hostility towards me,” she says. “I was frequently called by the wrong pronouns, occasionally with a tone of malice.

“There were behind-my-back comments about how it was unfair [to let me play], or that I’d end up hurting someone, or that I was somehow removing their ability to have fun by being there and playing well.”

A number of high-profile female athletes have been vocal in the debate around trans athletes participating in female competitions, arguing women born biologically male retain a competitive advantage in some sport.

“The only unfair advantage I had was that I received years of some of the best training a footballer could have [at Watford],” Walker says.

“The reality is I weigh 10st, I’m 5ft 10 – there were taller and heavier girls there and I spent much more time bouncing off them than they did bouncing off me.”

Walker struggled to find a place in the squad and decided to leave after being asked to “not play as well” as it was upsetting people.

“I’m still in contact with a few of the ladies I played with who have since confided in me that they agree I was treated unfairly,” she says.

“I’d love to play ladies’ football again one day, but the process of finding a side that will accept me is still daunting.”

‘I have a place within football again’

After eight years away from a football pitch, Walker’s girlfriend encouraged her to get back into the game.

“I think she was getting a bit fed up with me doing keepy-uppies in the kitchen,” Walker says.

“I got in contact with someone who is non-binary and played for an inclusive team called Soho FC, and I went along to a training session.

“I was immediately accepted. For the first time in my footballing life I felt like it was the place for me.”

Walker, who now lives in Bristol, plays for another inclusive team, Bristol Panthers.

She says: “My experiences within LGBT football have definitely made me feel like I have a place within football again and has made me determined to spread the message that sport is for everyone.”