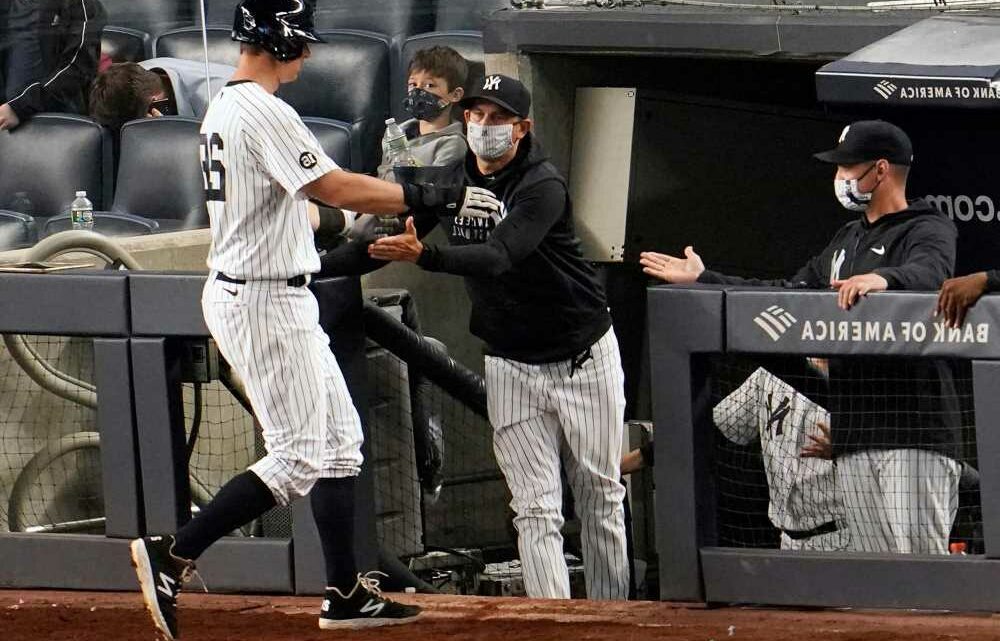 The Yankees play the Rays again Tuesday night at Tropicana Field, their latest opportunity to stop this train of Tampa Bay dominance that has quickly come to define Aaron Boone’s bunch.

“Our focus now turns to the Rays, who obviously have had our number a little bit here over the last several months,” Boone said Sunday, after his club edged the Nationals, 3-2, to close out a 7-2 homestand.

“A little bit” might win Major League Baseball’s Understatement of the Week honors. What used to be a fierce, balanced rivalry, since the Rays moved beyond their early years to become relevant, has turned more one-sided recently than your cell phone versus your pager. And it’s awfully difficult to fully buy into the Yankees’ revival until that snowball stops expanding and rolling.

Given how quickly and intensely this rivalry escalated into a Rays rout, it’s worth recalling the key moments that landed the two clubs here, for there is history to not repeat on the Yankees’ side:

On Aug. 9 of last year, at The Trop, the Yankees took a 3-0 lead into the seventh inning. A victory would’ve landed them a series split. Boone stuck with his starting pitcher James “Big Maple” Paxton, who gave up a two-run homer to Mike Brosseau and then a game-tying solo shot to Brandon Lowe, and the Rays proceeded to win in the bottom of the ninth, the first of five straight Rays series victories since last year. Given that Paxton hadn’t made it into the fourth inning during his first two starts of the season, Boone should have lifted him after six frames.

Lesson: Don’t get greedy with your starting pitcher.

The Headhunter and the Stable

Nothing looms larger in this saga than the 101 mph pitch Aroldis Chapman threw behind Brosseau last Sept. 1 at Yankee Stadium, causing the dugouts to empty despite the COVID protocols. While the Yankees won that game, they seemed shaken by the experience, meekly dropping the series finale the subsequent night. Whereas Rays manager Kevin Cash created a postgame rallying cry for his team when, livid with Chapman as well as Boone, he boasted: “I’ve got a whole damn stable of guys who throw 98 miles per hour. Period.” Brosseau of course captured the last laugh when he homered off Chapman in American League Division Series Game 5 at Petco Park to advance his club in a 2-1 victory.

After the Yankees pummeled Blake Snell and the Rays in ALDS Game 1, 9-3, for their third straight postseason victory, you wondered whether there would even be a Game 5. Then Boone decided to take Deivi Garcia and J.A. Happ, both of whom had finished the regular season impressively, and pair them up in a disastrous combination for Game 2, a 7-5 loss that tied up the series and, with Happ failing to hide his unhappiness over the decision, turning the momentum back to the Rays and the spotlight on Boone’s process.

Drawing the Ace … and Losing

With Gerrit Cole on the mound April 18 in The Bronx, the Yankees, suffering plenty of humiliation the first two days of the weekend series, hoped to at least avoid a sweep. They couldn’t, as Cole’s defense betrayed him with a critical error by Aaron Hicks and the offense tallied only three hits in a 4-2 loss.

The Yankees haven’t lost a series since their last Rays meeting. Yet they haven’t so much as split a series with the Rays since 2019. They would take a considerable step forward in this critical season by continuing the former run and ending the latter funk. They could, simply enough, redefine themselves.