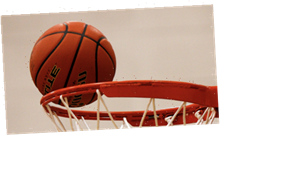 Lessons learned from my first year as a youth basketball referee

I blew the whistle. Then I froze.

This was minutes into my first scrimmage as a basketball official last December. Two seventh-grade boys were tangled up 80 feet away from the basketball, and they whipped their heads around to get the call.

What was the call? It was a million-miles-per-hour moment.

“Was it a defensive foul? An offensive push? A jump-ball? What’s the proper mechanics? Why are they looking at me like that?”

I almost went with the “Jordan Shrug.”

That’s when my partner — a far-more experienced official who I met about an hour before — came to the rescue.

Those kids didn’t put up a fight. My partner gave me the nod. We were on to the next whistle.

Why would anyone want to become a basketball official?

For me, it was a necessity. I wanted to become a better youth basketball coach for my son Grant, a fourth grader, and my daughter Bella, a first grader. The low point was being ejected from a game last season. Pickerington Youth Athletic Association athletic director Bill Andrews encouraged me to take the class afterward.

Andrews has been an active Ohio High School Athletic Association official since 1987. He’s officiated in three state tournaments. Andrews still remembers getting called for too many cheap fouls while playing point guard at Cambridge High School. That was his motivation.

He noticed a trend over the past few years, one that was amplified with the COVID-19 pandemic in 2020-21: The number of students who take his officiating class continues to decrease.

“In my humble opinion, it’s just based on what people observe, whether it’s a girls rec game or a boys travel basketball game,” Andrews said. “It’s fans and coaches, with their demeanor and the way the react. That’s come down to the player level. There has been an increase in unsporting-like behavior.”

So why not be part of the solution? I passed up a few NFL Sundays to take the class. If this can help with developing players of all ages and make me a better youth-league coach, then that’s an easy two-for-one possession. How hard could it be?

I was overwhelmed halfway into the first class. I had never heard Dick Vitale use the phrase, “At the disposal of the thrower.” Forget about a high-school game. I’m not going to be able to handle a PYAA rec game this winter.

That was the wrong approach. Once you start to see the game from the official’s point of view, your entire basketball outlook changes. I wanted to learn more each week. If I were a high-school coach, then I would make it mandatory for players to take the class.

Of course, anybody can ace the written test. It was time to get on the court.

The first month — and if we’re being honest, the first season — has been brutal. My mechanics and positioning need work, but Andrews would tell me the same thing I tell our fourth-grade travel basketball players every two minutes.

With the kids, that means physically. With first-time officials, that’s mentally.

“Process the play in your mind,” Andrews said. “Then make the call.”

He told me to focus on two things to improve on each time out, even if it’s a long list.

Get your hand up with each whistle. Stand up straight on the baseline. Report fouls properly. Watch what’s going in front of you. Then, focus on two more things in the second half.

When you miss something, have a short-term memory. Believe me, you’re going to miss a lot in the first few games. If I worked with a more experience official, then I took their criticism. Treat it as a constant learning experience instead of a money grab.

It carries over, too. After a long morning of officiating, I found myself looking forward to the next four-game set. I started watching college games to learn more about three-man officiating crews. I would text Andrews every Saturday, “You’re not going to believe what happened in my game today!”

Imagine trying to tell that to somebody who has been a ref since 1987.

The enlightenment, however, was worth it. Officiating is … fun?

Well, most of the time.

That is the most popular catch-phrase you’ll hear during a game. Coaches. Parents. Players. Everyone says it, all the time, every time. Seriously, all the time.

Other frequent submissions include:

“That’s a carry.” This isn’t football.

“Over the back.” That call doesn’t exist.

Andrews hears something else all the time.

“Call it both ways.”

How many games do both teams commit the same number of fouls? You call the game you see, and one of the best lessons learned was to not let coaches control your emotions. Andrews’ lesson stuck. If a coach is hounding you for something — “Three seconds! Three seconds!” — then approach it like this:

Of course, there have been some confrontations in some of my games. A coach yelled at a parent on the other team, and vice versa. A girl accidentally elbowed another girl in the face. And yes, ejections happen.  At the rec level, I found it’s best to de-escalate those situations. There are enough viral videos of coaches and parents acting out about youth basketball. We don’t need to contribute to that.

I haven’t issued a technical foul yet, but I did have the wind-up ready in one instance. Bottom line? You shouldn’t have to unless it is an extreme case at the rec level. At that point, the coach has earned it.

After all, this should be about the kids, right?

I’m not ready to officiate high-school basketball yet. My mechanics need work, and I still haven’t had enough experience to take on that challenge — where the stakes are much higher.

That’s OK. That’s something I’ll work on over the summer and next season.

This year, rec basketball was more rewarding. I went back to my experiences of playing back at that level. Times have changed. I didn’t play organized basketball until fifth grade. Grant has played for five years — and he will be in fifth grade next year.

When you see the kids on the court, even at the youth level, you can sense how much pressure they feel from that environment. Just look at their faces.

With that in mind, it makes more sense to instruct whenever possible.

“This is how you set a screen without moving.”

“This is why I called that foul for a push.”

“Take your time on free throws.”

You don’t need to give a two-minute tutorial, but it’s OK to take on that role to make it a more friendly learning environment.

Throw in a joke. If you have the same group each week, get to know the players’ and coaches’ names.

My most frequent officiating partner, another rookie named Craig Gramlich, excels at that. Not surprisingly, he is already doing junior varsity games. If the kids see you having fun, then they might feed off that. We have our style, and it clicks.

As for the coaches, they will give you a hard time no matter what.

After all, you might be one of those coaches, too.

I have improved as a coach after becoming an official. A better head coach for Bella. Maybe an even better assistant coach for Grant because I can watch the officials a little more during the game.

It’s not so much about the officials being good or horrible. How many times have you walked out of a gym and heard, “Man, those refs were awesome!”

It’s more about seeing their process within the game flow and how it might differ from yours. Then, you can adjust your coaching with your players. It’s a win-win situation. You can use those lessons in practice, too. For that, I am grateful that I took the class because it makes for helpful scrimmages. I can ref while our head coach and other assistant teach. Again, win-win.

Well, most of the time.

“That looked like you got attacked by a flamingo.”

That went viral within seconds. Our kids were doing their best flamingo poses and dances. Everyone was laughing. Maybe we stumbled on a revolutionary new 2-3 zone tactic. Grant had a huge smile on his face.

I blew the whistle. Then I froze.

You want to slow down that million-miles-per-hour moment, especially in a year when we weren’t sure we would play at all.

So, what was the call this time?

I got to use that “Jordan Shrug” after all.