Home » Sport » Leon Bailey had tough childhood in Jamaica, and his stepdad was kidnapped in Mexico and left for dead in the desert 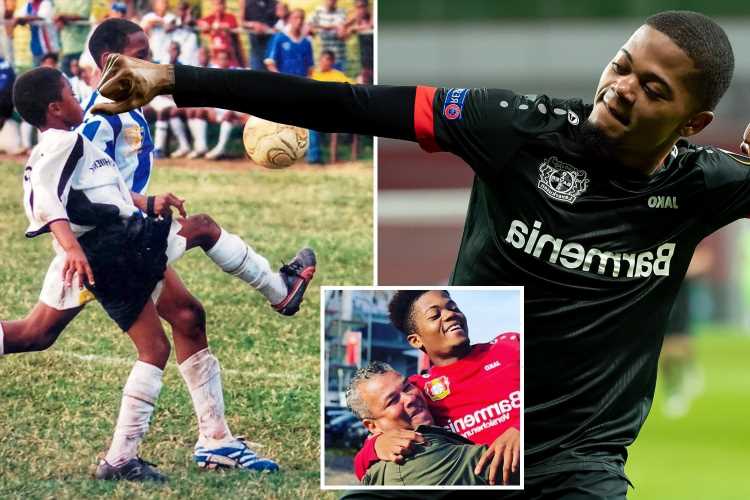 Leon Bailey had tough childhood in Jamaica, and his stepdad was kidnapped in Mexico and left for dead in the desert

AS back stories go, none could provide a tale worthy of a Hollywood movie than Leon Bailey's epic rise.

The explosive winger, 23, has signed for Aston Villa in a £30million deal, securing his dream Premier League move. 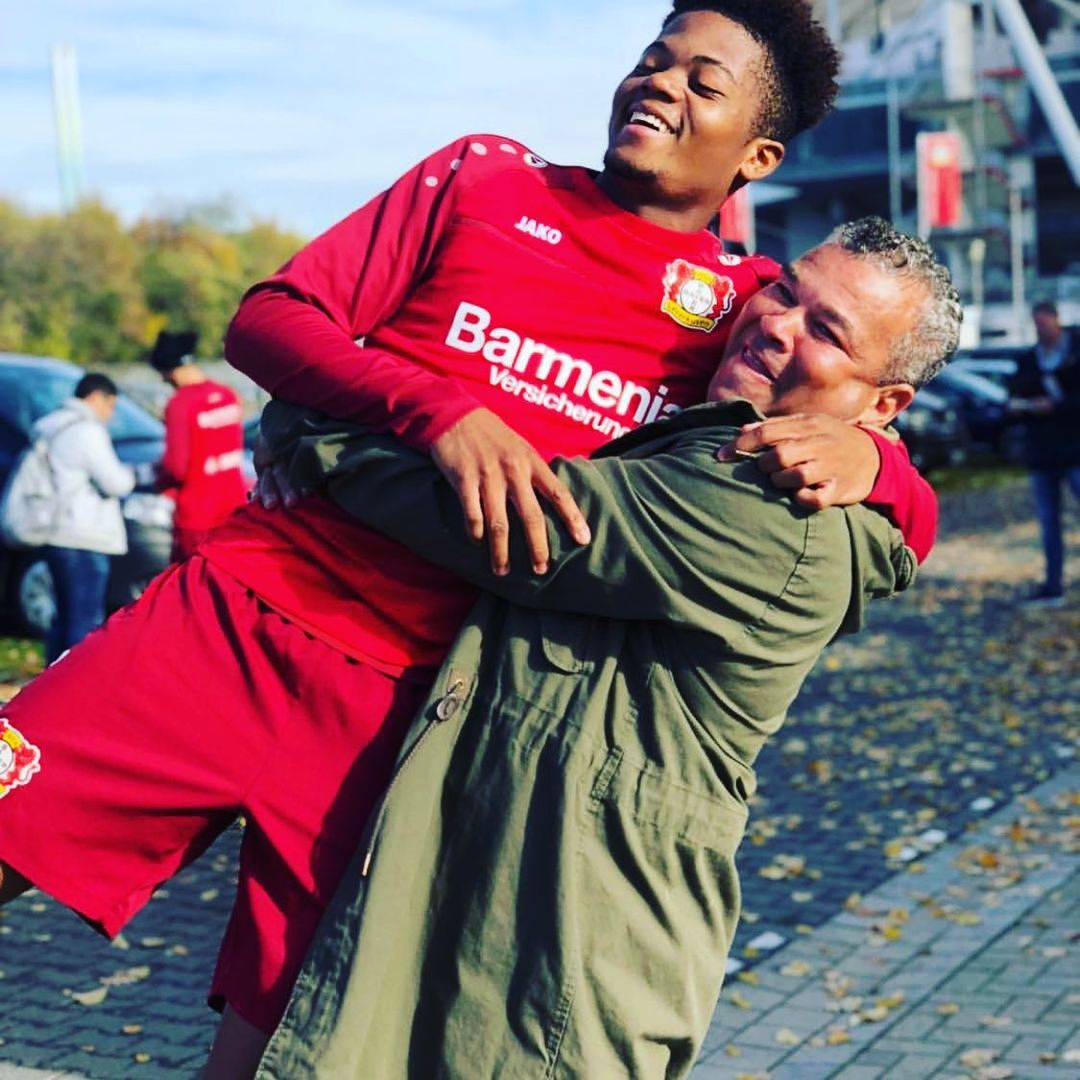 Bailey has come a long way from Jamaica, where he grew up until the age of 12 before globetrotting around Europe where he found fame and fortune.

Local coach Craig Butler, his stepfather and agent, took him under his wing when he was a youngster.

But Bailey was left sweating for his mentor's life when Butler was kidnapped in Mexico and dropped in the desert without a penny.

Leon grew up in Cassava Piece, widely regarded as a violent part of Kingston where gun crime and shootings are rife.

Not much is known about his mum and dad, but it was an environment that the aspiring footballer appreciated for giving him the hunger to succeed.

"Whenever I look back on my life in Cassava Piece it wasn't easy, but it wasn't bad either," he said.

"It's an area that is poor, but it turned me into somebody I'd never thought I'd become."

By the age of five he had discovered football and was soon training at the Phoenix All-Stars Academy, which doubled as a foster care home for children without family support.

It was there he met Butler, who also acts at his advisor and live-streamed his protege's Villa signing on Instagram. 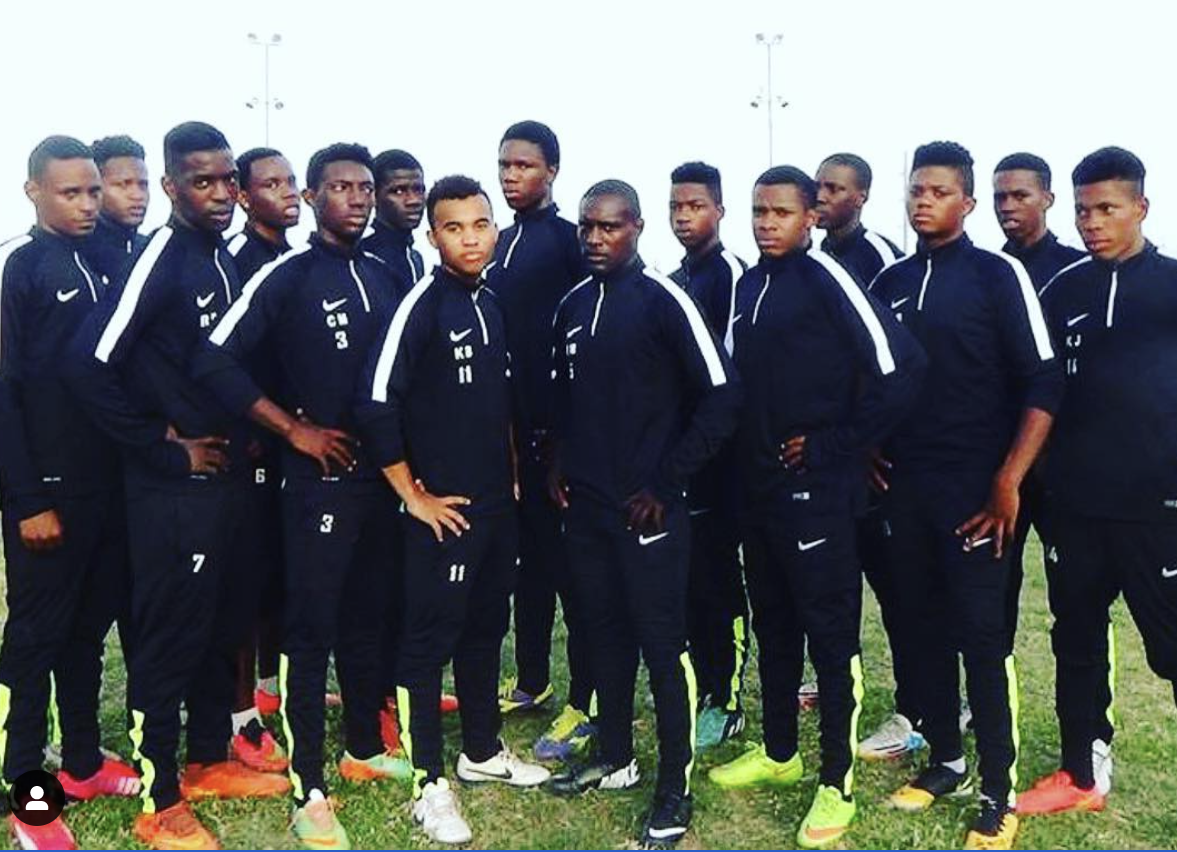 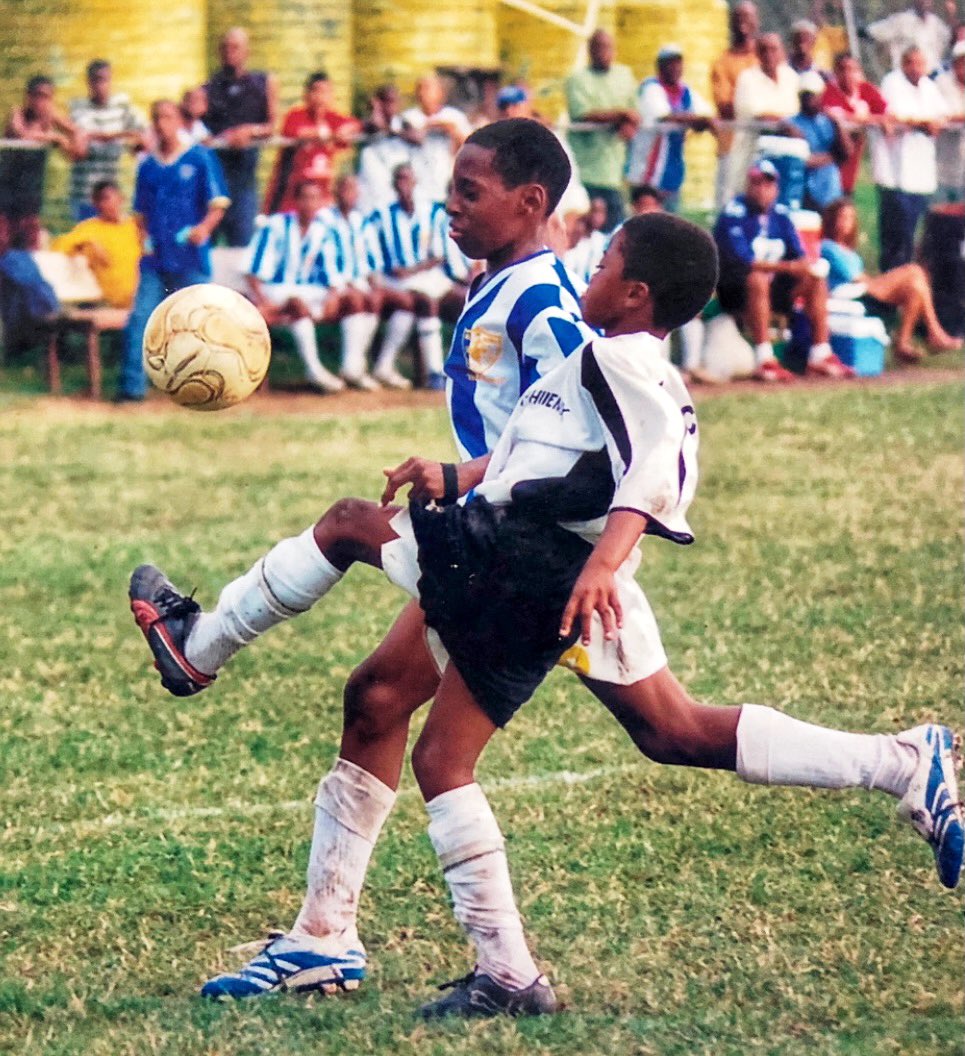 "If Leon had stayed in Jamaica he could've been a drug dealer or gangster," Butler said.

"But he stayed focused and is an example to other Jamaicans. Leon is a new breed of footballer."

When Bailey was 12, Butler jacked in his job as general manager of Toshiba and took the talented youngster and two other boys to Europe

Their first stop was Salzburg, Austria, in the middle of winter – a freezing environment in comparison to the sunny blue skies of what they knew.

They arrived with just one bag between the four of them – a tin of tuna, mayonnaise and bread was dinner. They slept in a hostel.

"It was so difficult, that I can tell you – one of the hardest, toughest parts of my life," he told FourFourTwo back in 2019.

"It taught me so much, and it was the first time I’d really travelled anywhere, especially to a country that was so cold.

If Leon had stayed in Jamaica he could've been a drug dealer or gangster."

"I’d never experienced anything like that kind of weather before. When we came here it was freezing, and probably the worst time of my life.

"We had to adapt, and at first we didn’t have warm enough clothes to train in. It was a difficult period for us."

But heartbreak was around the corner, after Butler begged Red Bull Salzburg to offer Bailey a trial.

He failed his first audition and was rejected by their head of youth development at the football club.

Solace arrived for Leon and his adoptive brothers in the shape of USK Anif, an Austrian feeder club for Salzburg.

As an U15, local reports claimed he scored a staggering 75 goals in 16 games. But they needed a bigger stage. 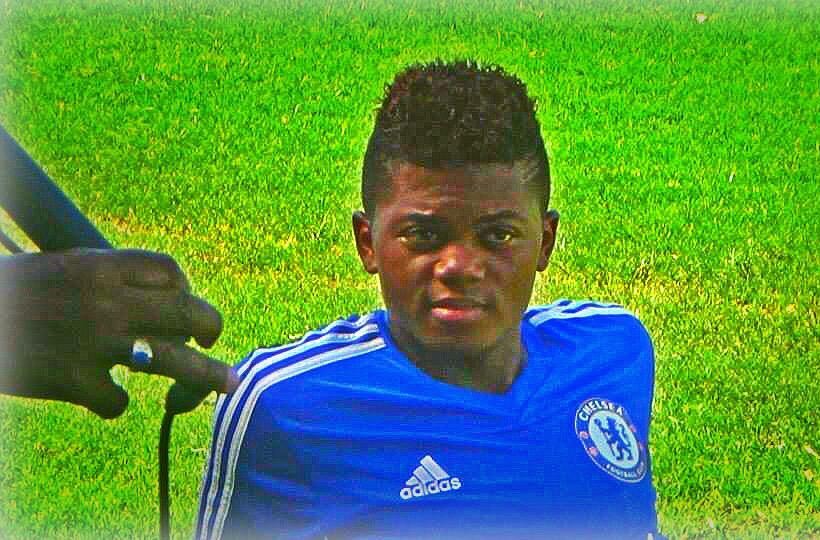 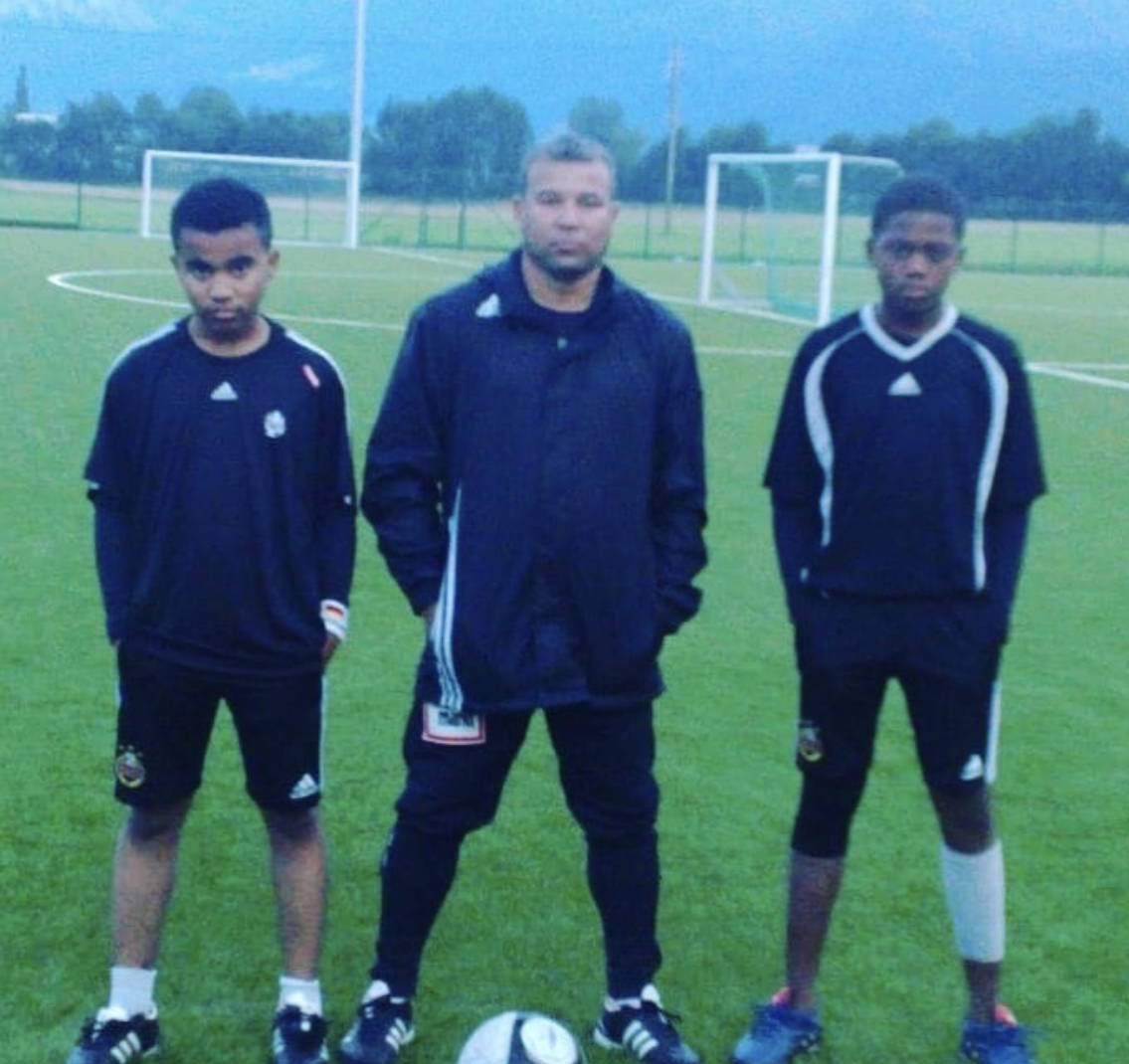 Butler, Bailey and the boys travelled around Germany and the Netherlands, before Belgium side Genk were convinced to give them a trial.

Butler was adamant they should all stick together, and insisted he needed to be there to supervise.

However, he soon disappeared off the face of the eath.

Butler had flown into Mexico on business to help finalise paperwork that would allow Bailey to sign an agreement with the club.

But what happened next is something out of a blockbuster movie.

Butler went missing, before resurfacing four months later to reveal he was attacked, robbed and left for dead in the desert.

"He was walking along with his briefcase like any other businessman, in the wrong place at the wrong time," Bailey said.

"It was a while before we realised what had happened to him.

"We actually had a house [in Belgium] by then, and my big brother was taking care of everyone."

During that period, Butler's residency application was rejected twice and the Belgian Labour Ministry raided Genk’s offices as part of the investigation. 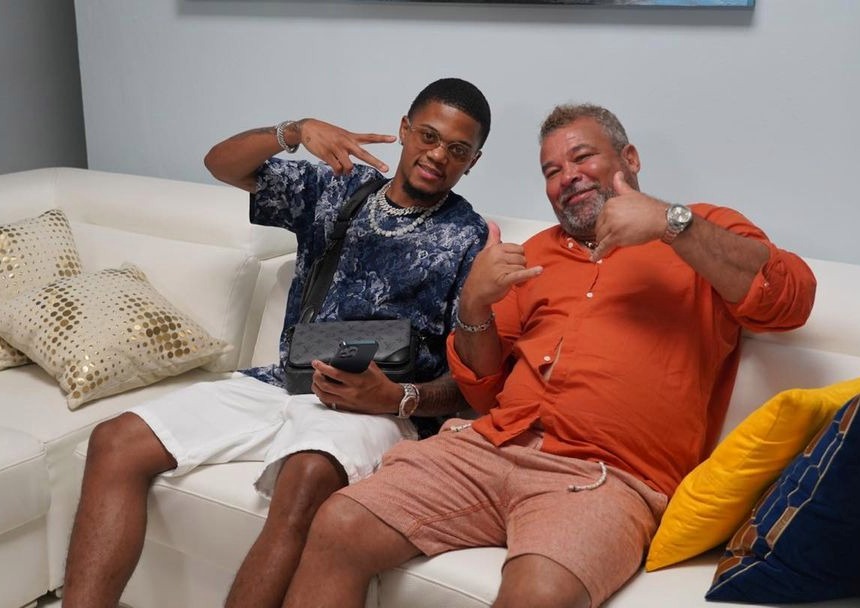 He was walking along with his briefcase like any other businessman, in the wrong place at the wrong time."

After a brief dalliance with Standard Liege, the determined group found themselves back in Cassava Piece with Bailey's dream on hold.

“[Craig] always had the confidence [that I would make it],” he told The Independent.

"He knew what I was capable of from a very long time. [When we eventually returned to Europe] we already knew what was going to happen. We weren’t looking for somewhere to go. The interest was always there from since I was 15."

Astonishingly it was in Slovenia where Bailey penned his first pro-contract with minnows Trencin, although there was talk of a move to Ajax which fell through.

Then, just a few months later, he returned to Genk as soon as he turned 18 and was legally allowed to sign for the Belgians, admittedly snubbing Chelsea.

"Those rumours are true – Chelsea have been interested in me since I was maybe 14 or 15," Bailey confessed to FourFourTwo.

"But as a young player you want to start on a normal level and not just go there because of the name of the club.

"You want to develop in the right environment; around the right minds and mentality.

"Genk was right for me at that moment – I fitted right into the youth system perfectly. That’s where I wanted to start, so I went for it."

By the end of the 2015-16 season, Bailey was voted Belgian Young Footballer of the Year. 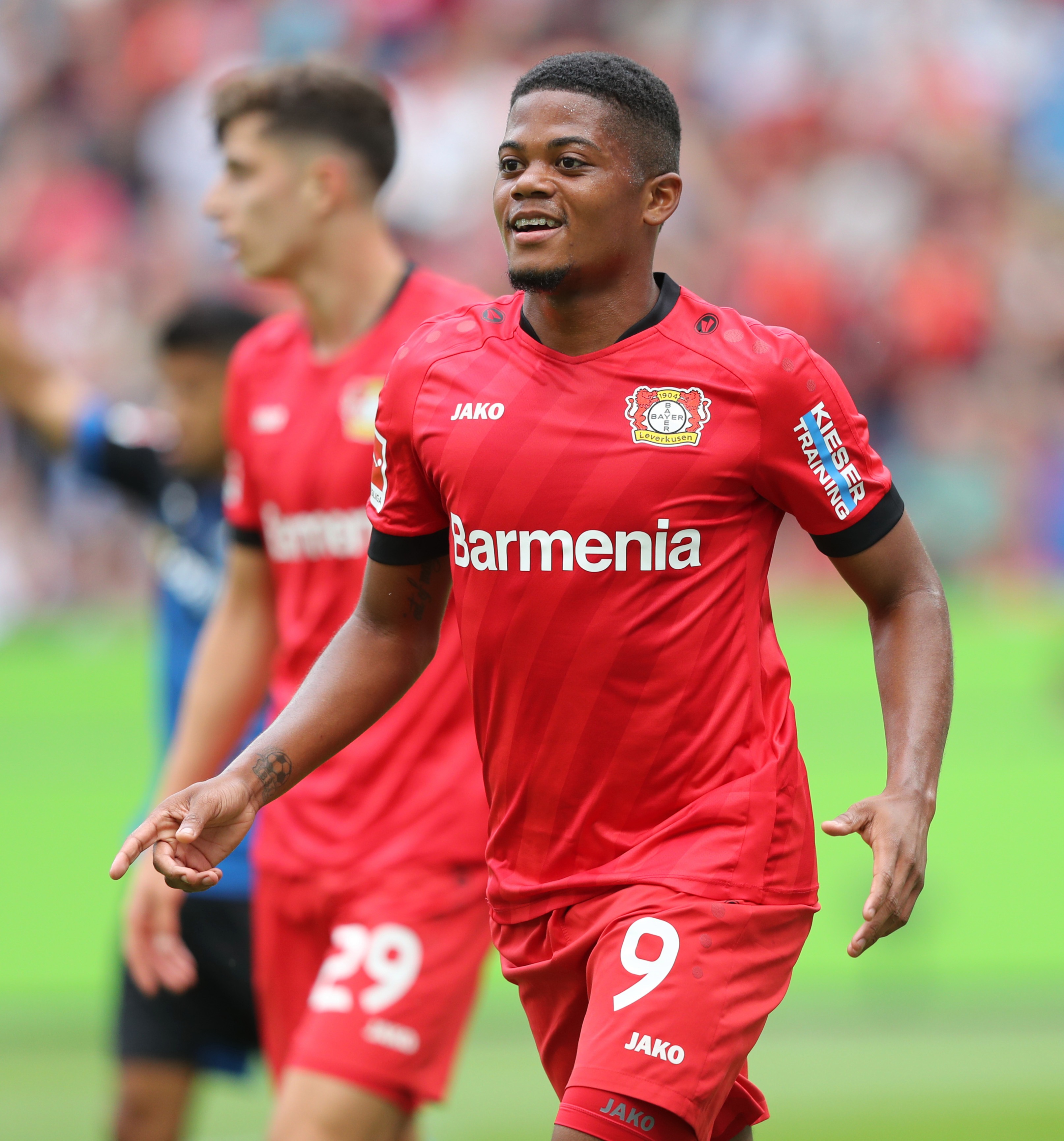 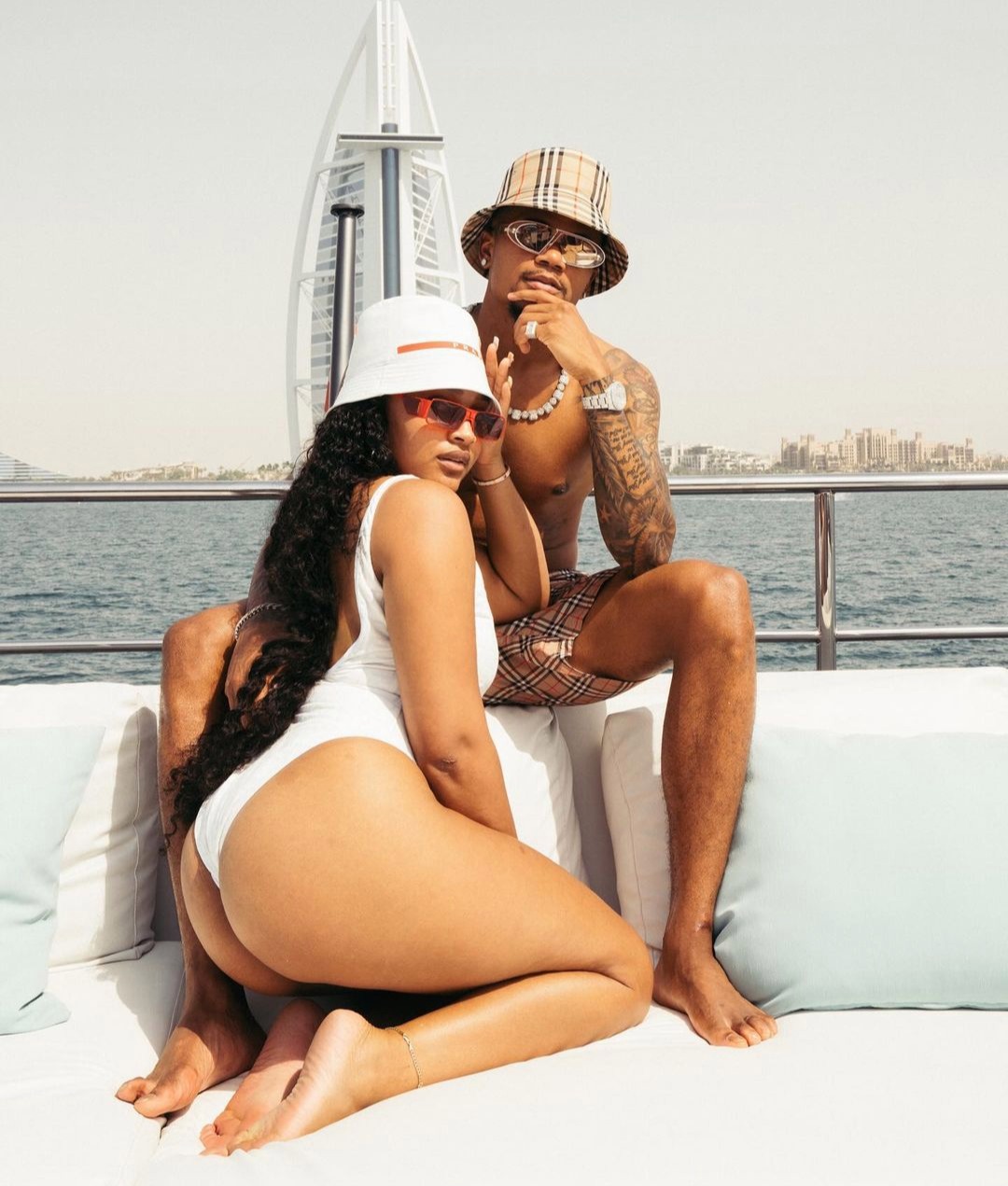 The following season, his goal against Rapid Vienna in the Europa League was awarded the best goal of the competition.

German giants Bayer Leverkusen knew they couldn't miss out on the wonderkid, who was also being linked with Manchester United.

They paid £15million for the wideman in 2017, and he soon became one of the most feared players in the Bundesliga.

While in Germany, he met love of his life Stephanie Hope in 2019 – and the pair welcomed a son a year later they named Leo Cristiano.

To stay grounded, he has role models Usain Bolt and Raheem Sterling, who he is proud to call mates.

"Usain is a very, very good friend," he revealed.

"We play football together, we go to the beach together, and we hang out and go to parties together. He’s a good person – I’ve known him for a couple of years."

Bailey continued: "Raheem is back in Jamaica regularly; I’ve known him for about five years, so before I was a pro. I used to look up to him and be like, ‘Yeah, he’s one of us’.

"Whenever he was there we used to hang out and chill together, so that’s basically how we started.

“One of my close friends from childhood brought him to meet me one day, when I was coming back from Phoenix training.

"From there we became great friends and got so attached because of football. I wanted to learn so much from him.

“Then I went on my path and started doing what I do, so obviously he started to see that I had talent. It brought us even closer together. Now we’re the two main faces of Jamaican football, I guess." 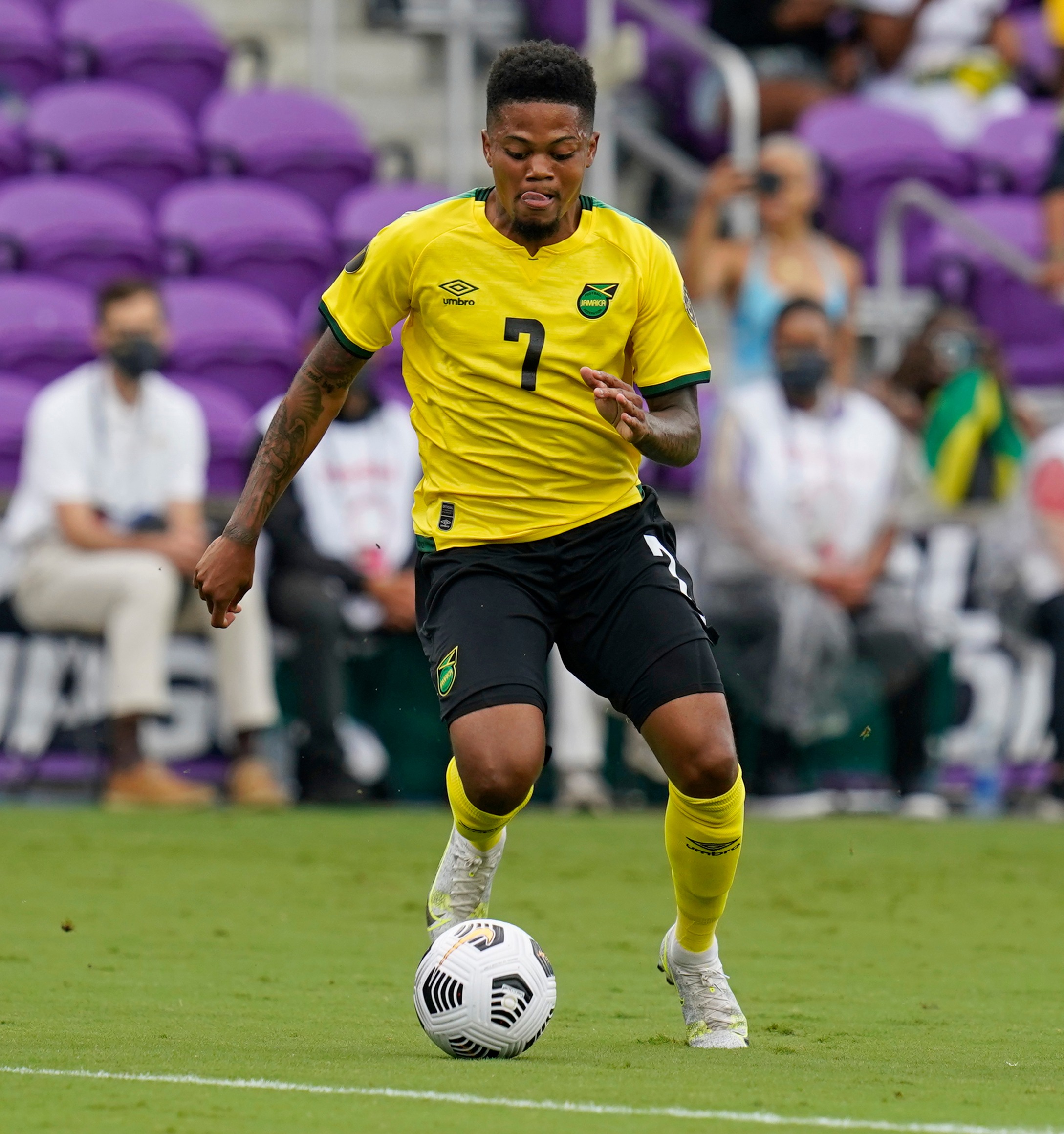 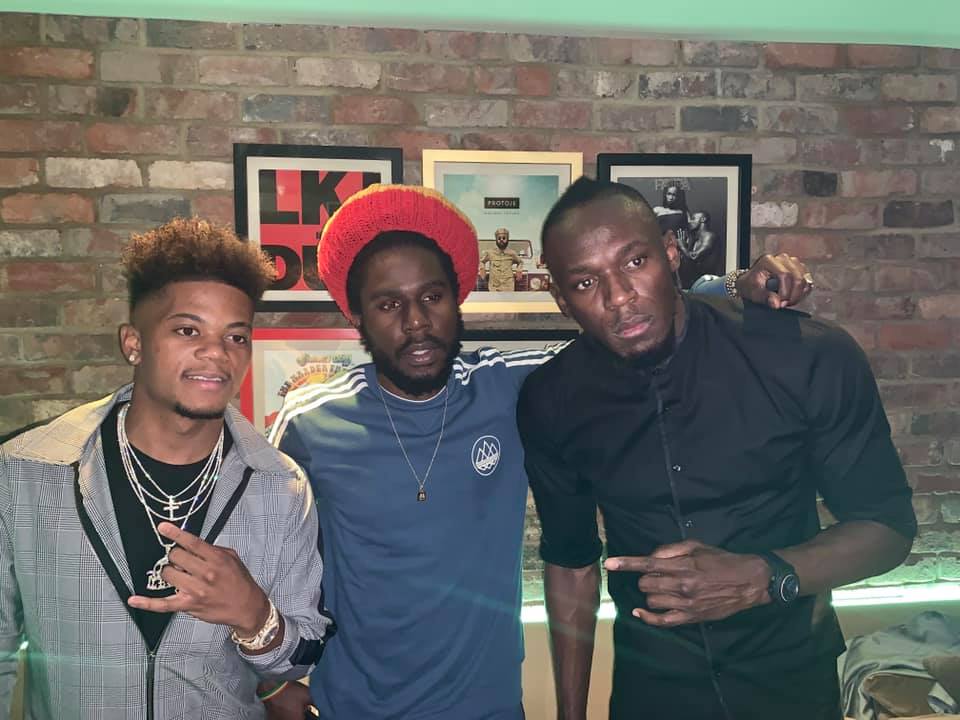 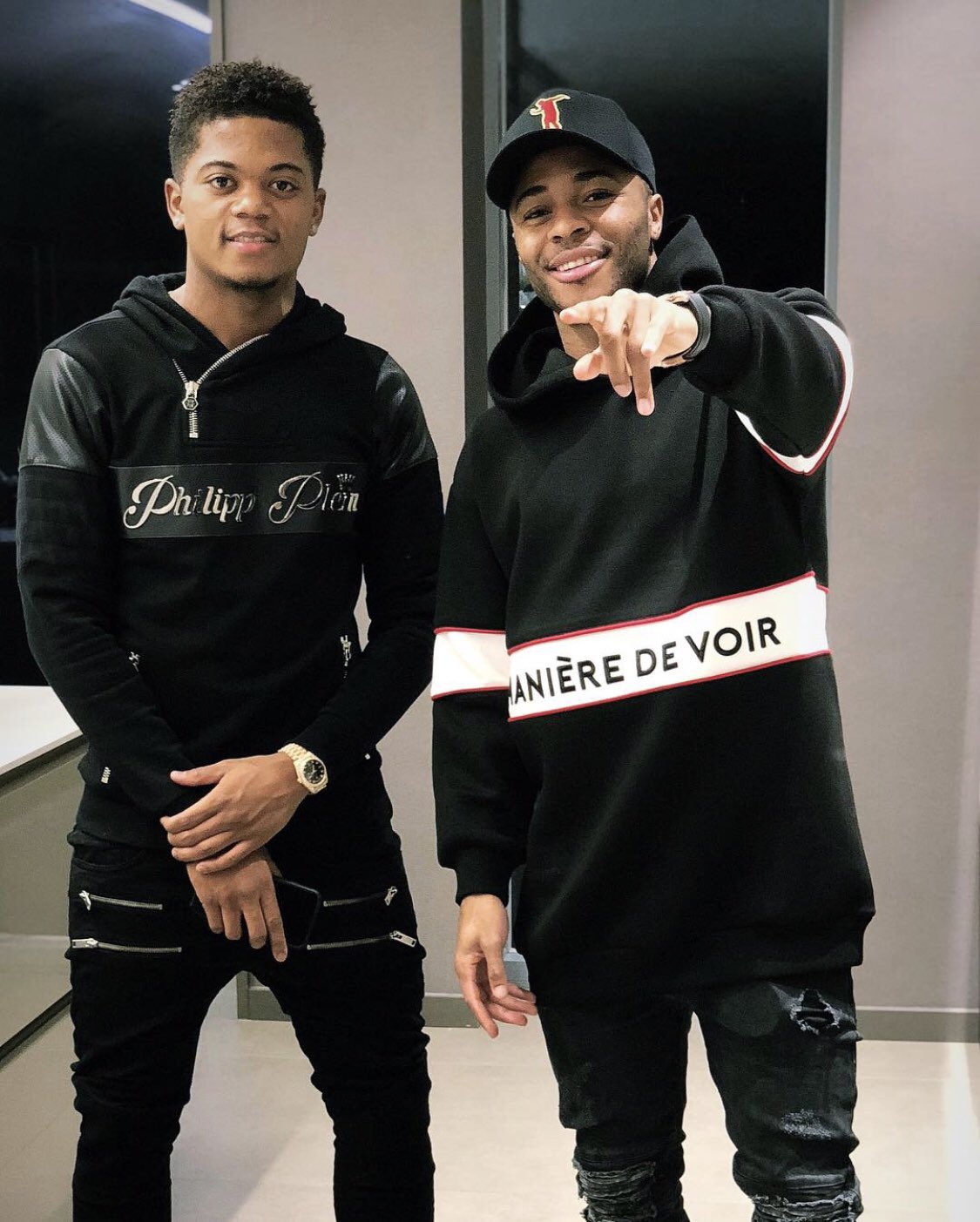 Now, Bailey has a different challenge – to become one of the faces of the Premier League after signing for Aston Villa.

"For me, it’s a great club with a big history and it’s the right step for me. I’m excited to get started," he said after the deal was announced.

"It’s always been somewhere that I’ve wanted to play. I feel like now is the right time and I’m excited about it.

"Hopefully I can do what I do best and have a great season in the Premier League."

Given his rough start, you wouldn't past him being a roaring success.