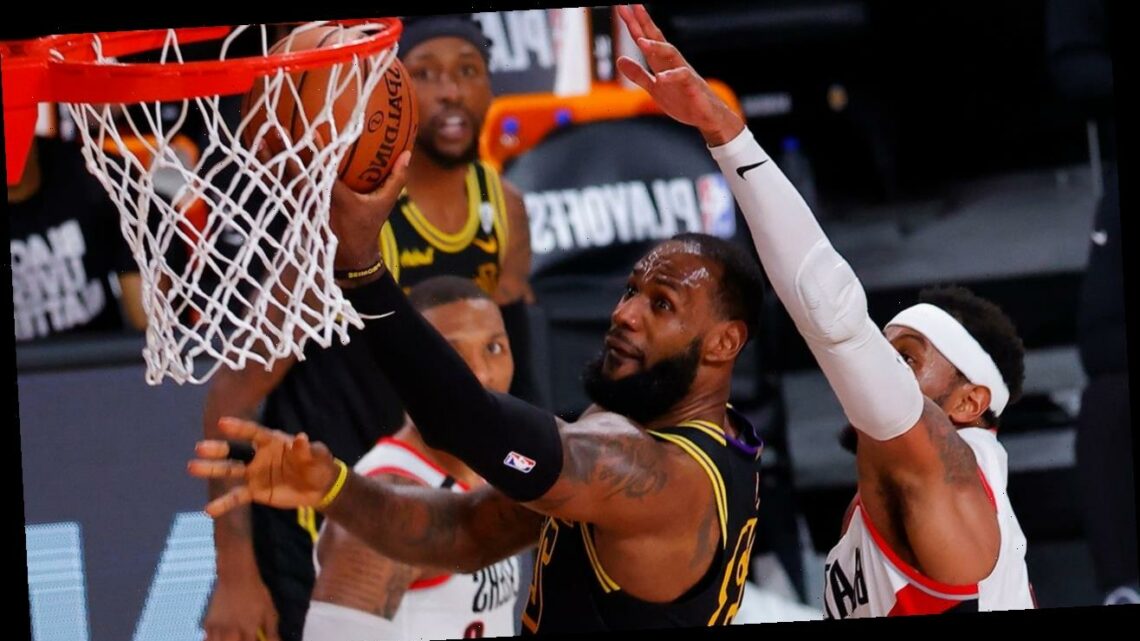 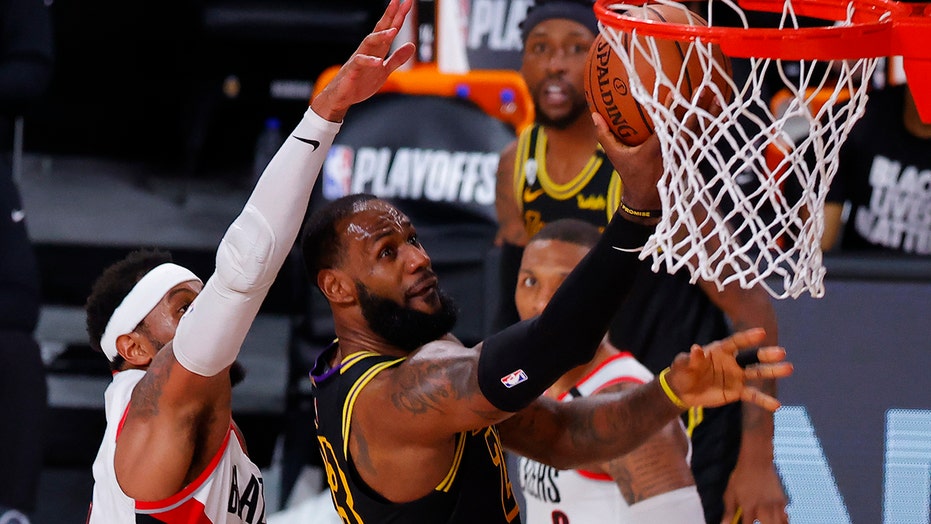 LeBron James felt there was a different kind of presence in the air Monday night as the Los Angeles Lakers defeated the Portland Trail Blazers 135-115 in Game 4 of their first-round series.

As the NBA celebrated Kobe Bryant Day and remembered the Lakers’ legend, Los Angeles took a 24-8 lead over Portland in the first quarter of the game.

“OK, he's here in the building,” James said he thought at the moment when Bryant’s jersey numbers he wore throughout his career appeared on the scoreboard.

James finished with 30 points and 10 assists in 28 minutes of the Lakers’ victory over the Trail Blazers. Los Angeles took a 3-1 lead in the series.

It was considered Kobe Bryant Day in the NBA on Monday because the date read 8/24 – the two numbers Bryant wore during his NBA career. The Lakers wore jerseys honoring Bryant and his daughter Gigi, both of whom were among the victims of a helicopter crash in January.

Sunday would have been Bryant’s 42nd birthday.

“To be able to continue his legacy is something that hits home for me, and it’s easy for me because I put in the work,” James said. “And if you want to see results you got to work at it. It’s not about the wins and losses.”