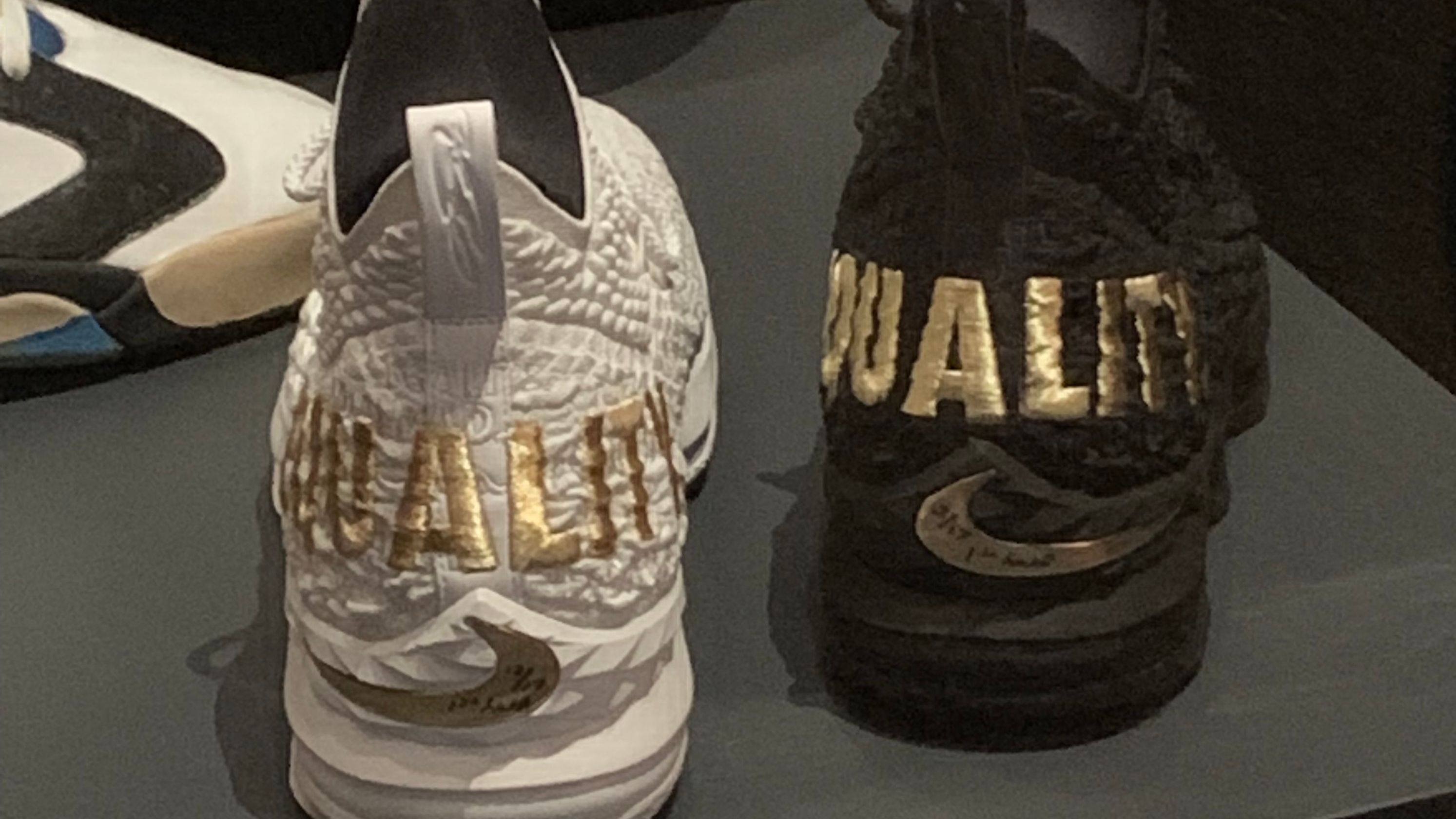 WASHINGTON – One year ago, LeBron James wore a pair of sneakers – one black, one white – with the word “Equality” on the back on each one in a game against the Washington Wizards.

Today, those same game-worn Nike 15 Equality P.E. sneakers are on display for the first time in Smithsonian’s National Museum of African American History and Culture. They are in the basketball room of the museum’s sports gallery, right under the Sports Illustrated featuring James on the cover with the headline “The Chosen One.”

James, who along with his business partner donated $2.5 million to the museum’s Muhammad Ali display, raised an additional $457,780 for the museum by raffling 400 pairs of the Equality shoes, which include the word equality written in several languages.

“When he wore the black and white pair, it’s something we paid attention to,” the museum’s sports curator Dr. Damion Thomas said. “We thought about the significance of it but didn’t move to act on that right away. … In conjunction with that (raffle) effort and thinking about the significance of the shoes and LeBron’s contribution to fighting for social justice, we decided it would make sense and be a great opportunity to add these shoes into our collection.

“One of our main goals is not just collect things with significant historical background and importance, but also think about the objects that allow us to engage in the contemporary questions and issues that the nation is grappling with.”

James is in town again on Sunday – this time with the Los Angeles Lakers – to play the Wizards, and museum officials are hoping James can squeeze in a quick visit though that may be difficult with the Lakers playing Saturday in Charlotte.

By this time a year ago, James had criticized President Trump several times and playing in D.C. gave him another chance to speak out.

“Obviously, we know where we are right now,” James said on Dec. 17, 2017. “We know who’s at the helm. Us as Americans, no matter the skin color, no matter the race, no matter who you are, we all have to understand having equal rights and being able to stand for something, speak for something and keeping the conversation going.”

According to police report, the NFL free agent is wanted...