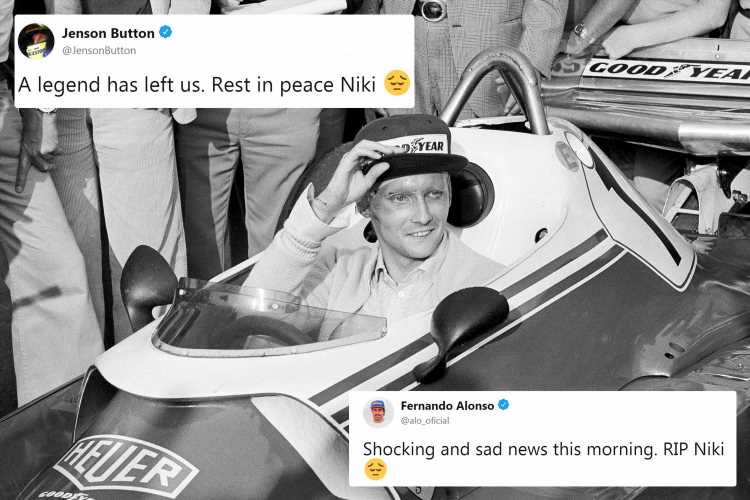 Lauda dead at 70: Button and Alonso lead tributes to F1 legend who passed away eight months after lung transplant

FERNANDO ALONSO and Jenson Button led the tributes to three-time Formula One world champion Niki Lauda, who passed away aged 70. 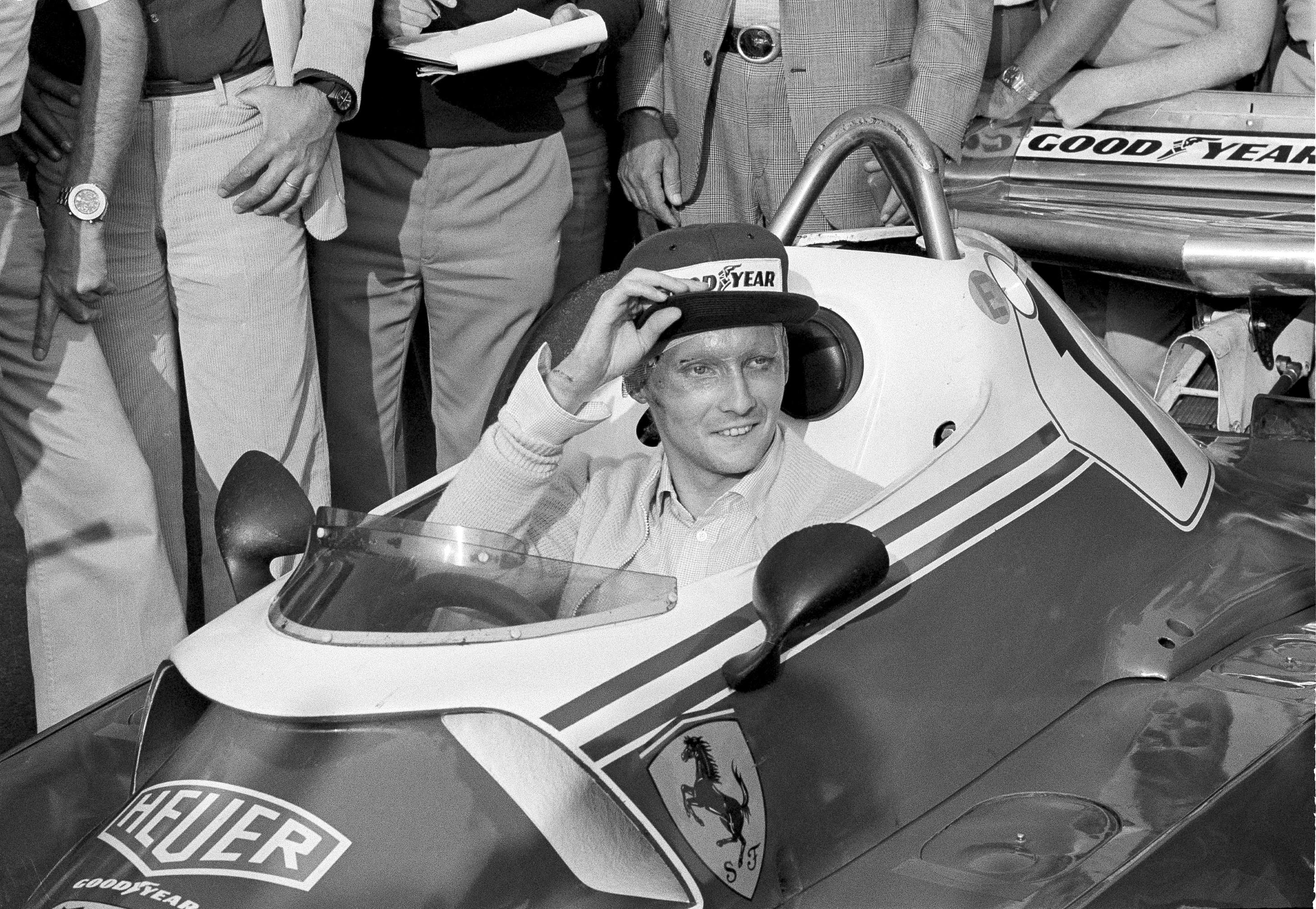 And the messages of support flooded in for the Austrian on social media.

Two-time F1 champ Alonso – who failed to qualify for the Indy500 this weekend – was particularly moved.

He uploaded a picture of Lauda in his F1 car and said: "Shocking and sad news this morning. RIP Niki."

The Brit said: "A legend has left us. Rest in peace Niki."

He later tweeted a picture and added: "RIP Niki."

Meanwhile, 2016 champion Nico Rosberg posted an emotional tribute along with a touching photo posing with Lauda enjoying ice creams together.

He wrote: "Dear Niki. Thank you for everything that you did for me. I learned so much from you. Your passion, your fighting spirit, to never give up, your belief that you always meet twice in life, and even your patience with us youngsters.

"Myself and all of your 100 million fans around the world whom you also so strongly inspired to never give up in the hardest of times are thinking of you and your family and wish that you Rest in Peace."

He was severely burned in a near-fatal crash in 1976 and incredibly came back to the sport, winning his second world championship a year later.

"Forever carried in our hearts, forever immortalised in our history. The motorsport community today mourns the devastating loss of a true legend.

"The thoughts of everyone at F1 are with his friends and family."

Lauda's former team McLaren added: "All at McLaren are deeply saddened to learn that our friend, colleague and 1984 Formula 1 World Champion, Niki Lauda, has passed away.

"Niki will forever be in our hearts and enshrined in our history. #RIPNiki"

And Italian team Ferrari – with whom Lauda won his first two world titles – posted their own tribute.

They tweeted: "Today is a sad day for F1. The big family of Ferrari learns with deep sadness the news of the death of his friend Niki Lauda, three times world champion, two with the Scuderia (1975-1977).

"You will remain forever in our hearts and in those of the fans. #CiaoNiki"

The Australian said: "RIP Niki Lauda, a true Icon and Motorsport legend. Thoughts are with his family and loved ones at this time."

It was not just the sporting world paying their respects, either, as 'Ginger Spice' Geri Halliwell posted a picture with Lauda on her Instagram.

The comeback in 1977 became the stuff of legend and his battle with Britain's James Hunt was the subject of the hit movie Rush.

But his severe fireball injuries and burns – contracted 42 years ago – left him battling health problems for the rest of his life.

He had two kidney transplants, with one donated by his brother Florian in 1997 and another from his wife Birgit in 2005.

The Austrian racer also underwent a lung transplant in August last year after falling ill with flu-like symptoms while on holiday in Ibiza.

He had the procedure in Vienna, with medics revealing he had been suffering from "severe lung disease". 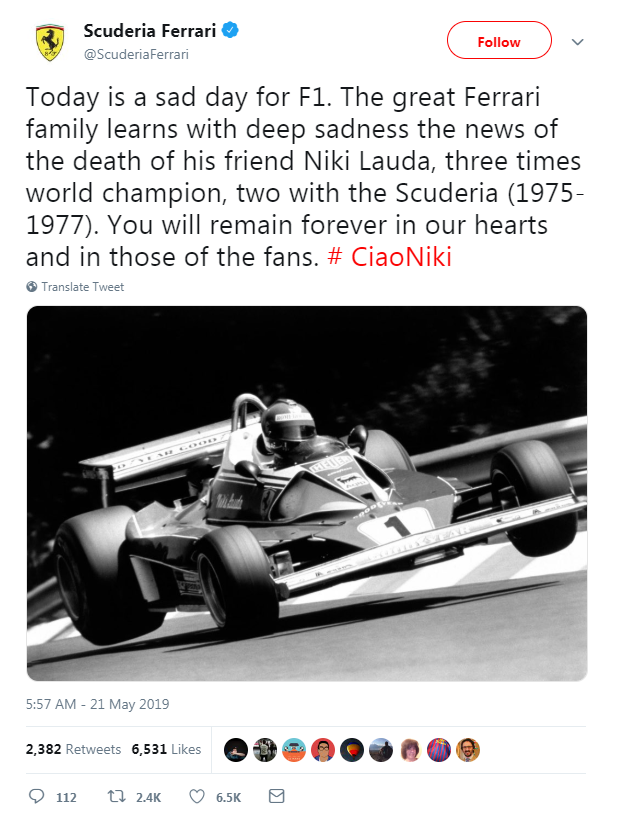 A family statement said: "With deep sadness, we announce that our beloved Niki has peacefully passed away with his family on Monday.

"His unique achievements as an athlete and entrepreneur are and will remain unforgettable, his tireless zest for action, his straightforwardness and his courage remain.

"A role model and a benchmark for all of us, he was a loving and caring husband, father and grandfather away from the public, and he will be missed."