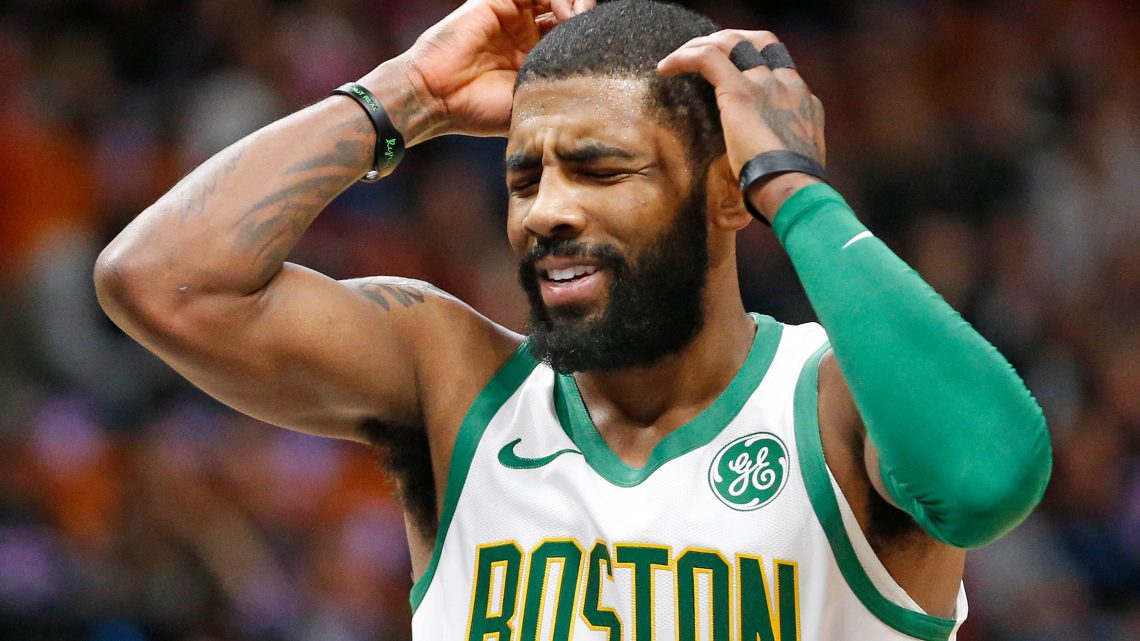 Kyrie Irving’s frustration could be a Knicks window opening

In October, Kyrie Irving announced he would be recommitting to the Celtics when he becomes a free agent July 1.

Of course, a million things could happen between now and then — and may have. Irving already put the Knicks as his runner-up to the Celtics when he visited the Garden in late October.

In the first sign of his winter of discontent, Irving lashed out at the state of the Celtics, questioning whether they are built to win the title.

After the Celtics’ last-second loss to Orlando on Saturday, Irving could be seen berating teammate Gordon Hayward for inbounding to Jayson Tatum. The heralded second-year forward flubbed a contested, last-second baseline shot.

“The young guys don’t know what it takes to be a championship-level team,” Irving told reporters after the loss. “What it takes every day. And if they think it is hard now, what do they think it will be like when we’re trying to get to the Finals?”

Irving continued his rant, adding: “The things that you’ve done your entire career of being able to coast by in certain situations and you’ve gotten away with your youth and stuff like that, being on a championship ballclub, you can’t get away with that. You see the fans going crazy. You see it gets loud. I know from the majority of the fact that we’re better than most teams in this league. It’s just going out and proving it every single night and demanding it and actually showing it.”

The Celtics, prohibitive favorites in the East, fell to 25-17. They are the fifth seed in the East and wouldn’t have homecourt in the first round if the season ended today. There’s also a chemistry issue with young point guard Terry Rozier, a restricted free agent after the season, who’s not feeling comfortable coming off the bench.

The Knicks’ point-guard situation is still muddled, with Emmanuel Mudiay leading the pack over Frank Ntilikina and Trey Burke. But Mudiay will be a free agent. Before the Knicks faced the Sixers on Sunday, Knicks coach David Fizdale said “free agency is a premium” about the team’s bright future.

With all the talk about Kevin Durant, Irving could still be there for the taking, and he visits Brooklyn on Monday. The West Orange, N.J., product also had been rumored to be eyeing the Nets before his “verbal commitment.”

During his Garden visit on Oct. 20, Irving said: “Obviously New York held a special place for me, being from Jersey and obviously envisioning myself as a free agent and ultimately taking a meeting, playing for Fiz and the great young core they have, thinking about playing here. Playing with KP [Kristaps Porzingis], that was a big thing before I made my decision to plan on re-signing back with Boston. But yeah, of course, New York was a strong consideration.”

Disgruntled center Enes Kanter is still felled by flu-like symptoms and is missing his second straight game. He won’t play until after the Knicks’ upcoming London trip, in which they travel to face the Wizards on Thursday — if he’s still on the roster. Fizdale denied Kanter was sidelined by eating too many cheeseburgers on his cheat day, as was depicted on Instagram.

“I don’t know,” Fizdale said. “That eating thing — I think that’s him messing with you all. He really has flu-like symptoms stuff that’s been kicking his butt. I don’t think it’s what you saw on Instagram.”

How the managers on Man Utd’s shortlist compare as Southgate joins Zidane, Pochettino and Solskjaer among contenders