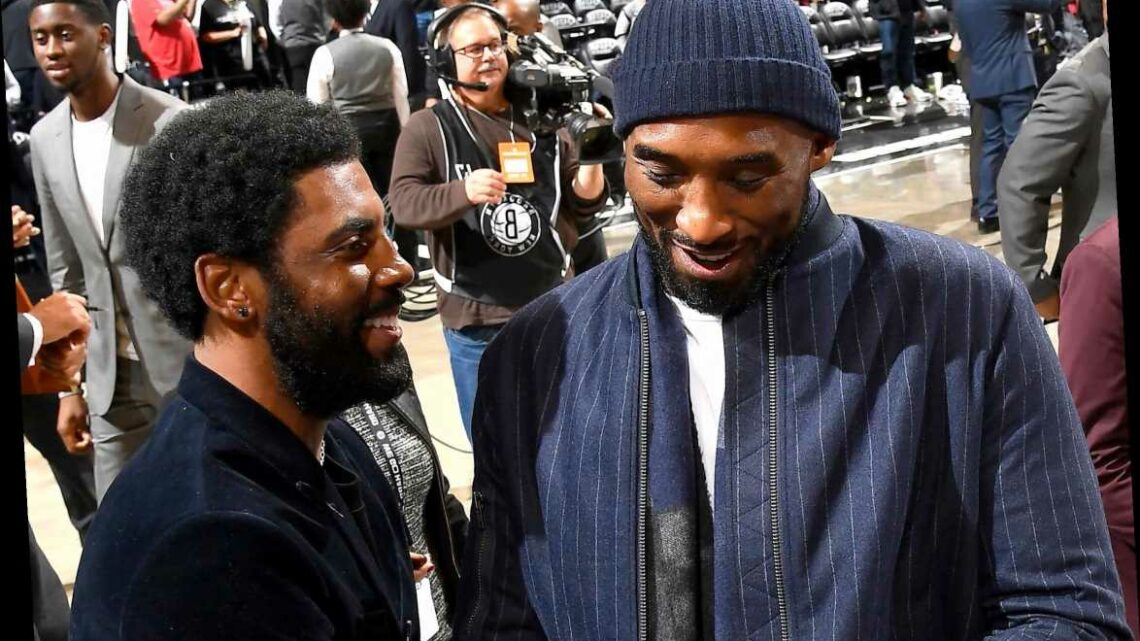 A third Nets’ superstar gets All-Star nod in franchise first

Nets don’t disappoint with fans back in the building

Kyrie Irving said Wednesday that Kobe Bryant should be the new NBA logo, reigniting a debate on the issue.

“[I don’t care] what anyone says,” Irving wrote on an Instagram post alongside a mockup of a Kobe logo, while adding in all caps: “BLACK KINGS BUILT THE LEAGUE.”

This isn’t the first push for Bryant to replace legend Jerry West as the new logo of the NBA.

Soon after Bryant and his daughter, Gianna, died in a helicopter copter crash on Jan. 26, 2020, along with seven others, more than two million people signed an online petition for the logo change. Since Irving’s post, the petition now has over 3.2 million signatures as of Wedneday night.

Alan Siegel, who created the logo, also said at the time of Bryant’s death that he was open to it being changed.

“It’s quite clear that this [Bryant] was a very respected figure by players and around the world and this is a really serious thing that should be considered by the league,” Siegel told Newsweek.

West, who hasn’t cashed in on the logo likeness, also said in 2015 that he was open to the logo changing, suggesting Michael Jordan.

The NBA didn’t change the logo, which has been in use since 1969, because it doesn’t acknowledge that West is the player on the logo, according to a Yahoo Sports report at the time.

According to the report, the NBA’s thinking of not having an individual player as its logo is because since there are so many players who have been instrumental in growing the game, going generic is better.

Bryant’s life was not without controversy. In 2003, a 19-year-old hotel employee accused the Los Angeles Lakers star, then 25, of raping her in his hotel room at The Lodge and Spa at Cordillera in Edwards, Colo.

Prosecutors dropped the charges in 2004 after the accuser didn’t testify. A civil case she brought against him was settled out of court in 2005 for an undisclosed amount.

Bryant was Irving’s idol as he grew up in West Orange, N.J., poring over YouTube clips of the Lakers icon. They became friends, and Irving FaceTimed Bryant from the Cavaliers locker room right after winning the 2016 NBA title.