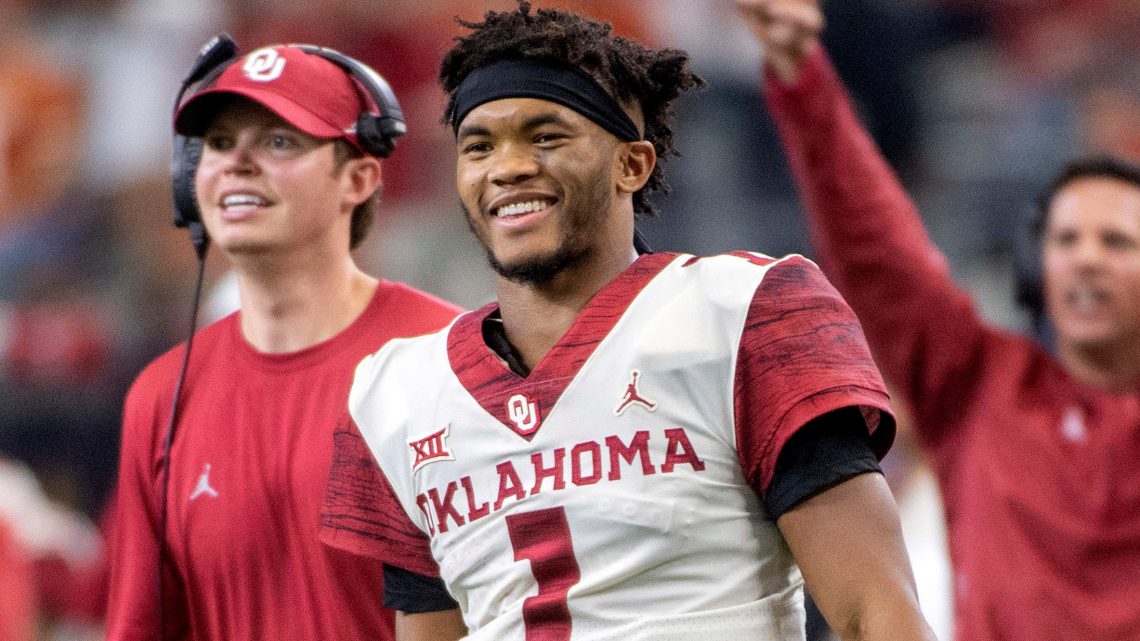 Kyler Murray has made his choice.

The Heisman winner tweeted Monday that he will be playing football over baseball, making him an intriguing quarterback prospect in April’s draft. The Oklahoma star could be the second quarterback taken after Ohio State’s Dwayne Haskins.

It is a devastating blow for the A’s, who drafted Murray as an outfielder with the ninth pick of the 2018 MLB draft.

“Moving forward, I am firmly and fully committing my life and time to becoming an NFL quarterback,” the 21-year-old wrote.

It was originally believed that Murray would play one year of quarterback for the Sooners before embarking on his MLB career. Even Monday morning, A’s manager Bob Melvin was cautiously optimistic Murray would report to the team’s spring training, the San Francisco Chronicle reported.

That will not happen now, with the next crucial step in Murray’s NFL push coming at the NFL’s scouting combine at the end of the month. He instantly becomes the main attraction as he will have to prove to scouts that he can be a star in the league despite being 5-foot-10 and 195 pounds.

Murray is aware of the challenges he faces.

“Football has been my love and passion my entire life,” Murray said in Monday’s statement. “I was raised to play QB, and I very much look forward to dedicating 100% of myself to being the best QB possible and winning NFL championships. I have started an extensive training program to further prepare myself for upcoming NFL workouts and interviews. I eagerly await the opportunity to continue to prove to NFL decision makers that I am the franchise QB in this NFL draft.”

His play in Norman was nearly impeccable. The redshirt junior, who transferred from Texas A&M, threw for 3,674 yards and 37 touchdowns. He also ran for 853 yards in helping lead Oklahoma to college football’s playoffs, in which the Sooners lost to Alabama.

“I think he’s an incredible talent, but he does have more significant hurdles to overcome than Baker Mayfield because he is about 2 inches shorter than Baker and more on the slight side,” former Giants quarterback and SiriusXM analyst Danny Kanell told The Post’s Paul Schwartz recently. “Not as strong as Baker Mayfield, or not as strong as Russell Wilson, who he’s getting compared to a lot.”