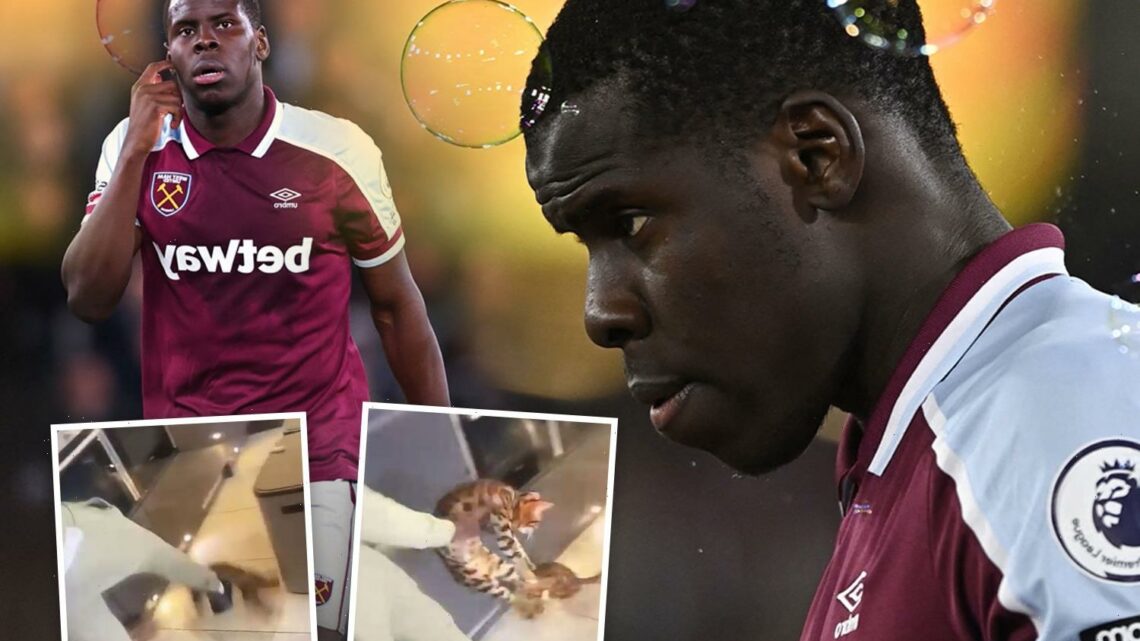 KURT Zouma has been axed from the West Ham squad and fined £250,000 in a two-week pay penalty after kicking his cat.

The RSPCA confirmed the defender's cats have also been seized after a clip emerged of the 27-year-old Premier League star attacking his pet at his multimillion-pound Essex mansion. 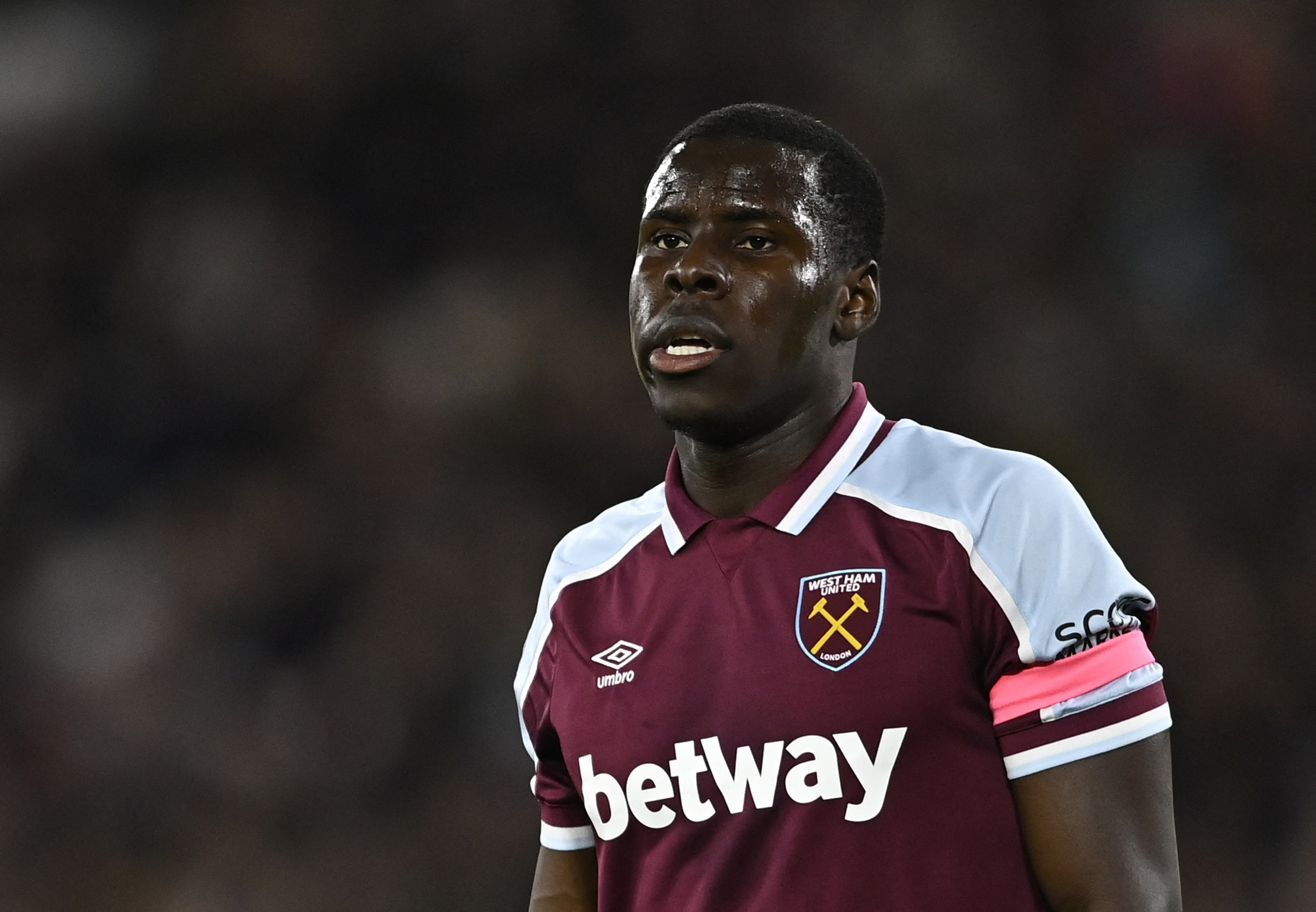 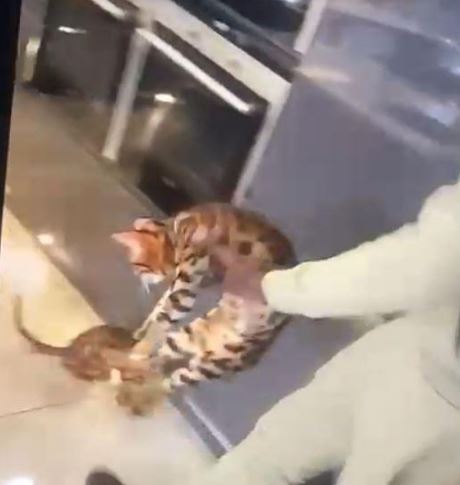 Zouma was filmed kicking one of his two cats like a football and slapping it out of a child's hands in the disturbing footage.

He issued a grovelling apology after the film, shared by his brother Yoan on Snapchat, was exclusively featured by The Sun.

And the RSPCA has now taken his two cats into care.

Essex Police last night said it was making "urgent enquiries" into the video – but The Sun understands the force will now be dropping the investigation.

More than 120,000 people have signed a petition calling for Zouma to be prosecuted over the footage and banned from keeping animals. 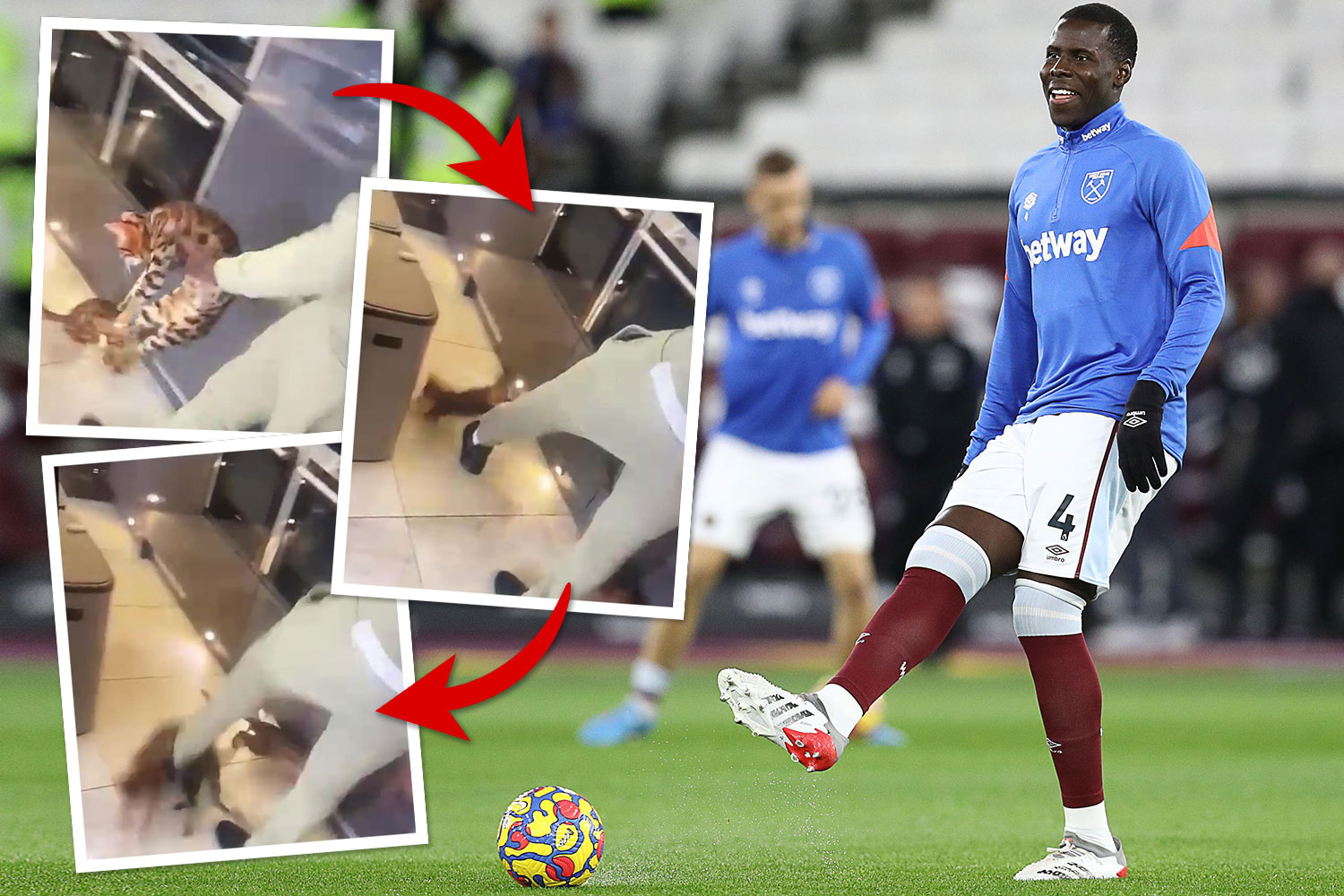 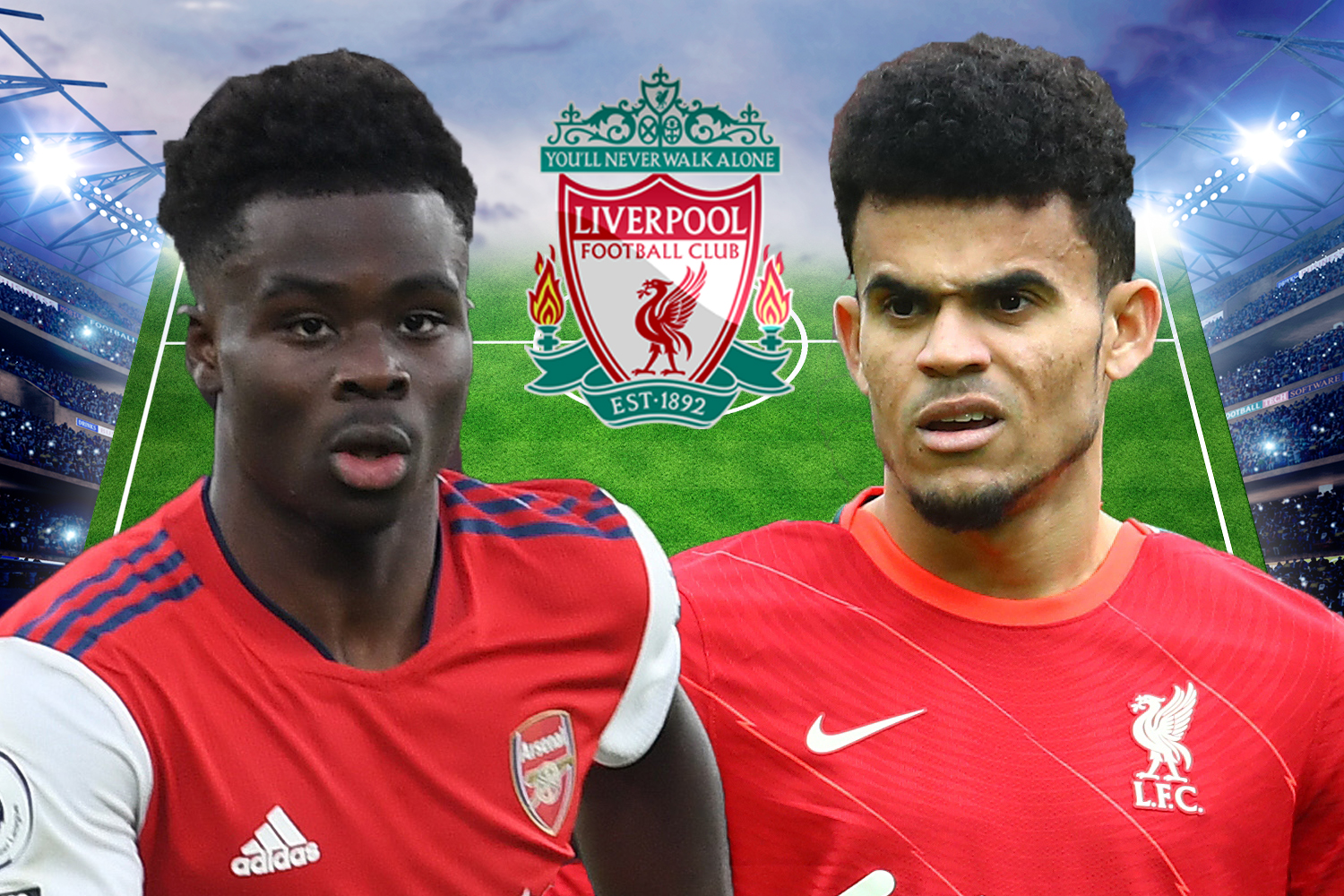 DO IT BY THE BUK 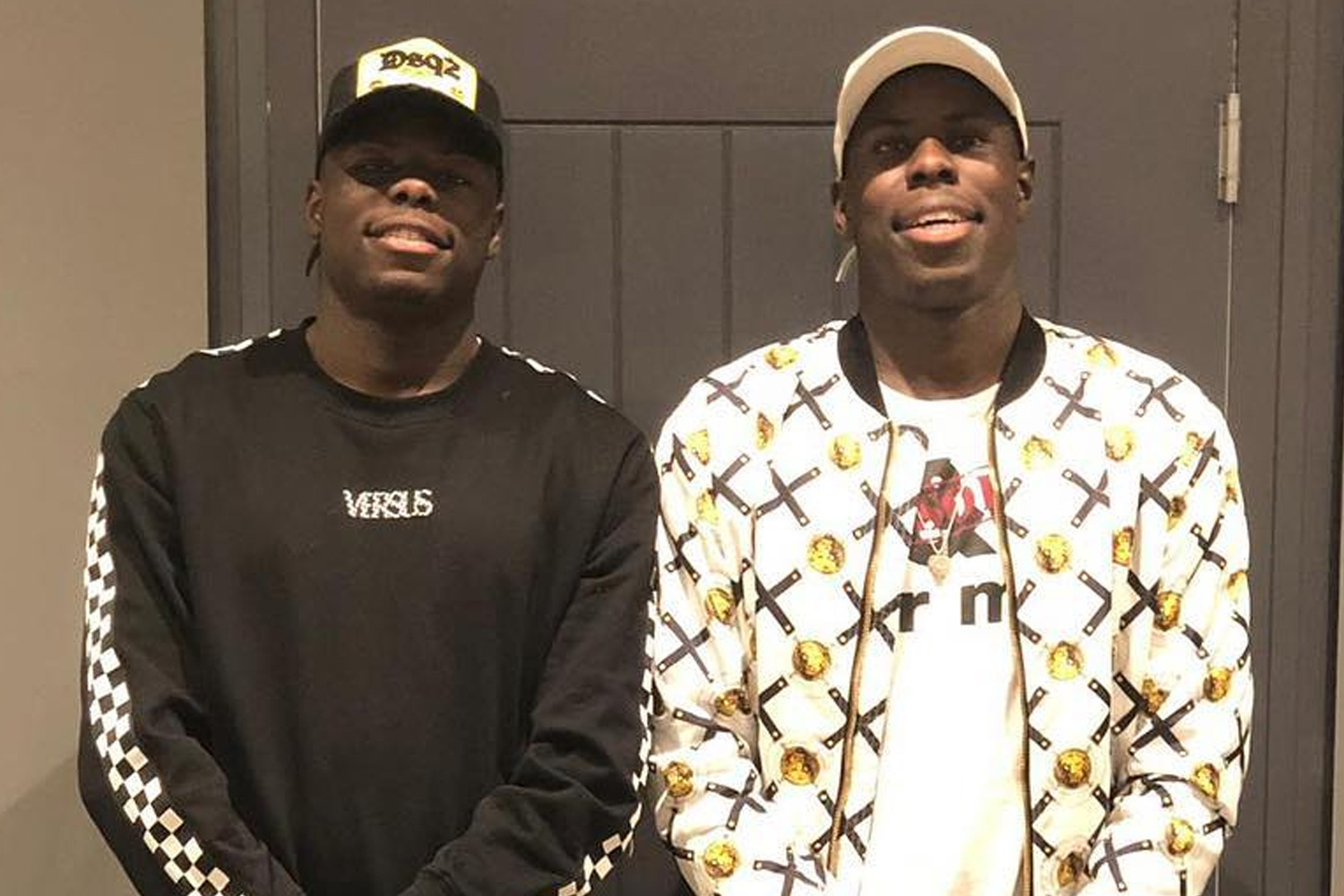 "He should be prosecuted for his actions."

Mr Dixon wrote: "Thank you to everyone who has signed the petition.

"This 'man' cannot be allowed to get away with abusing this poor cat in this way."

It is understood the clip was filmed at one of Zouma’s properties in the Essex area – but police there are braced to announce today they will no longer be investigating.

An Essex Police spokesman said last night: "We are aware of a video circulating on social media relating to an incident involving a cat which members of our communities may find distressing.

"We have recently been made aware that this incident may have taken place in Essex and we are liaising with the RSPCA and urgent enquiries are ongoing."

But sources said the matter will now be handed to the RSPCA to deal with by itself – despite thousands of people calling for the footballer to be prosecuted.

The RSPCA confirmed it was investigating the awful footage.

A spokesperson said: "This is a very upsetting video and we’d like to reassure the public that we are investigating.

“We cannot comment further at this time but we’re grateful to everyone who has brought this to our attention.

“We have received lots of messages on social media and our other channels, so we’re urging people to only contact our national cruelty line (0300 1234 999) if they have new or first-hand information."

According to laws in France, French citizens can be prosecuted for criminal acts carried out abroad.

A spokesman for the French foundation said: "We condemn this heinous act, have asked that the player be suspended from the France team, and filed a legal complaint against him."

And senior French politicians have also condemned Zouma, who is from the eastern city of Lyon, and called him to be kicked out of France’s national team.

Muriel Fusi, spokesperson for the French Animal party, said: "Many people on social networks are outraged by the video. Many people claim that this football player can no longer wear the colours of France."

Watford fans aimed a dig at Zouma after he was fouled during the Premier League clash at the London Stadium.

Hornets fans threw a barrage of insults at the France international as they labelled him a 'w***er' and chanted 'RSPCA' when he was in possession.

After he went down holding his ankle in the box after a collision with Josh King, Zouma was the target of more chants.

Travelling fans sang "that's how your cat feels!" as the French centre-back lay on the ground.

Former Hammers defender James Collins said: “There is a lot of anger about him being picked, and rightly so.

“It’s a big call from the football club and I personally don’t think it’s the right call. They’ve got it wrong.”

TV nature star and animal lover Chris Packham blasted: “I think it was a disgraceful decision to let him play.

“I think if the footballer had released on social media a video of him taking drugs or beating his wife or his girlfriend or children, there was no way he would have been on the pitch.

“This is not just about football.

“These footballers now are role models to millions of people so in a way they set public standards and what David Moyes showed last night is that he has no regard for peoples’ opinions when it came to public standards of animal welfare.”

And Becky Thwaites, Head of Public Affairs at national pet charity Blue Cross, said: “We were very disappointed to see West Ham make the decision to play Kurt Zouma last night. In our view it normalises his abhorrent behaviour and delivers the message it’s acceptable to treat a family pet that way.

“It gives the impression to young football fans watching last night that it doesn’t matter what he did to his cat, all that is important is football."

West Ham said the matter will be dealt with internally.

It is thought the Hammers star man could be at least fined wages for the shamed clips, which fans have complained puts their season in jeopardy.

The club said: "West Ham United unreservedly condemns the actions of our player, Kurt Zouma, in the video that has circulated.

"We have spoken to Kurt and will be dealing with the matter internally, but we would like to make it clear that we in no way condone cruelty towards animals." 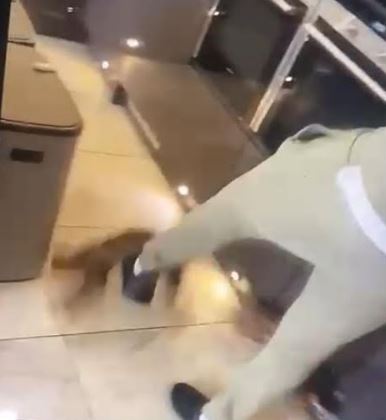 ‘West Side Story’ Gets Premiere Date on Disney Plus
World News