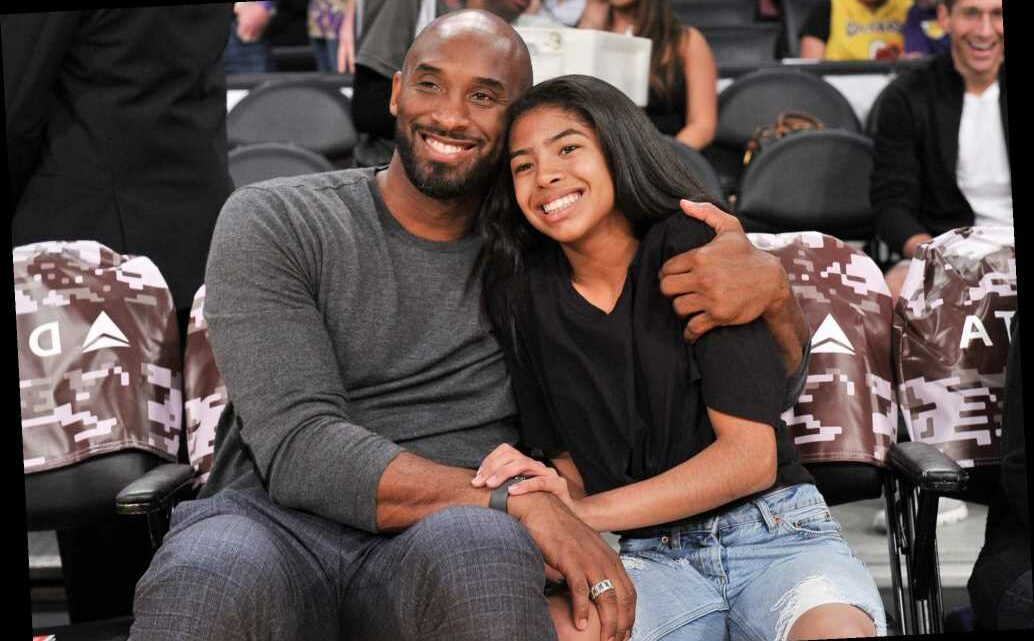 The magic of Patrick Mahomes should worry Tom Brady

How Hank Aaron rewarded a childhood plea to stay up late

Patrick Mahomes' return sets up dream matchup we all wanted

Ridiculously fun Nets are worth your time

Our longest year, truthfully, began exactly a year ago Tuesday.

Jan. 26, 2020, was a sleepy Sunday in New York City, in Los Angeles, and everywhere in between. It was the first Sunday without professional football in almost six months, although the AFC beat the NFC in the Pro Bowl in Orlando, 38-33. Marc Leishman carded a 7-under 65 to win the Farmers Insurance Open in San Diego. The Australian Open ended its first week.

The day before, there had been two reported deaths in the United States from a mysterious ailment that was beginning to enter daily conversations everywhere. That made a total of seven people who had died of the coronavirus, which had just that week started to be referred to as COVID-19.

It was early in the afternoon when the awful bulletin arrived:

Bryant, his 13-year-old daughter Gianna, six other passengers and a pilot named Ara Zobayan, had all died when the Sikorsky S-76B helicopter that was to deliver the Bryants and their guests to the Mamba Sports Academy in Thousand Oaks, Calif., for a basketball game became ensnared in bad weather. The helicopter crashed into a mountainside in Calabasas, maybe 15 minutes down the 101 North freeway.

It struck like a thunderbolt. Bryant wasn’t merely one of the best basketball players who’d ever lived, he’d become, at 41, a cultural icon with massive mainstream appeal, a crossover star just finding his footing in the film industry and as an entrepreneur. And, of course, the fact that he died with his daughter by his side — his basketball-loving daughter who’d logged so many courtside nights next to her dad, a beautiful camera-ready duo — made it almost too much to bear.

In San Diego, after finishing ninth in the Farmers, Tiger Woods — whose track toward fame, like Kobe’s, had begun in 1996 when both men turned pro in their respective sports and who would experience the similar slings and arrows of a most public, most imperfect life — received the news as he finished up his round of 70 from his caddy, Joe LaCava.

“Excuse me?!” a visibly shaken Woods said upon hearing the news, before grimly telling reporters at Torrey Pines Golf Course, “This is one of the most shocking, tragic days I’ve ever been a part of.”

At Madison Square Garden early that evening, word quickly spread among the 17,831 who’d gathered to watch the Knicks play the Nets on the same court where, on Feb. 2, 2009, Bryant had scored 61 points, a Garden record at the time. Mirroring a tribute that took place at arenas all over the league, the Nets’ Spencer Dinwiddie and the Knicks’ Elfrid Payton took turns holding the ball for 24 seconds — honoring one of Bryant’s two Lakers uniform numbers.

Across the next few days, I would be assigned to fly to Los Angeles and report on just how acutely that grieving city was reacting to the death of one of its favorite sons. L.A. is a city of stars, bold-faced names from every arm of the entertainment industry: movies, TV, music, dance, publishing.

Southern California is also experiencing a sporting renaissance, of course; the Lakers of LeBron James and Anthony Davis would win the 2020 NBA title, the Dodgers of Clay Bellinger and Clayton Kershaw would win the World Series, the Rams are just two years removed from playing in the Super Bowl, the Kings not long ago won two Stanley Cups in three years.

Yet Kobe Bryant was the brightest constellation in that crowded celestial community, and the mourning throughout the city was profound. His name alternated with street routs on every city bus. Impromptu vigils were crafted at Staples Center, at the Mamba Academy, at the Lakers’ training facility in El Segundo.

The night the Lakers returned to the court, five days after Bryant’s death, the L.A. Live plaza outside Staples was a Woodstock of grief, a wildly diverse cross section of the city and of Lakers fans and of seekers and acolytes who felt they had to come to the place where Bryant had blossomed into greatness.

“You have to understand,” an L.A.-born friend of mine explained that week over dinner. “In L.A. we are constantly accused of stealing teams from other cities, and stars from other teams, even movie stars from their small towns. Kobe was OURS. Kobe belonged to US. We saw his first game and his last game. We saw him smile and sulk. We saw him in trouble and in triumph. We got it all.”

I flew from L.A. to Miami that weekend to cover the Chiefs-49ers Super Bowl, and I remember spending most of the flight cordoning off the rest of my year, as I often do when flying to the Super Bowl: to spring training and to the NCAA Tournament; to eight or 10 baseball road trips every summer, to eight or 10 NFL road games every fall, to the baseball playoffs, maybe the NBA playoffs. I looked at that outdated itinerary again Monday afternoon. At the top I had typed: “My 2020.”

How does the old saying go? You want to make God laugh, tell Him about your plans.